Djokovic achieves his 1,000th victory and repeats the final in Rome

The Serbian will face Tsitsipas for the title. 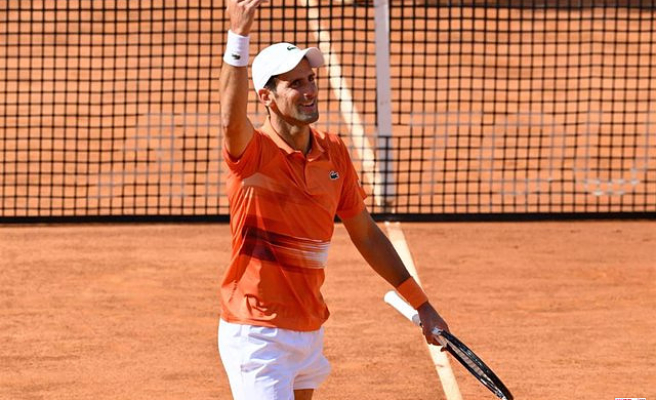 The Serbian will face Tsitsipas for the title

Swiatek and Jabeur, WTA super final for the Foro Italico

The Serbian tennis player Novak Djokovic beat (6-4, 6-3) this Saturday the Norwegian Casper Ruud to reach the final of the tournament in Rome and the 1,000th victory of his career, where he will face the Greek Stefanos Tsitsipas, who won (4-6, 6-3, 6-3) to German Alexander Zverev.

'Nole', five times champion, will play his twelfth final in Rome, fourth in a row, and became the fifth player of the Open Era with 1,000 wins, along with Jimmy Connors, Roger Federer, Ivan Lendl and Rafael Nadal. The Serbian, getting closer to the best version of him, did not give his rival a chance despite the Norwegian's resistance.

After his final in Belgrade, Djokovic aspires this Sunday to his first title in 2022, a season in which he is taking flight after the blow of deportation from Australia. The Serbian, who will be number one in the defense of Roland Garros, will seek against Tsitsipas to stretch the Masters 1,000 record with his 38th title.

It will be the final last year in Paris, with a Tsitsipas who stayed the third chapter in a row against Zverev. The German won in Madrid and lost in Monte Carlo against the would-be champion, a Greek player with 31 wins this year, more than anyone else.

The final of the WTA 1,000 event will also have a final in style between the number one Iga Swiatek and Ons Jabeur. The Pole defeated Belarusian Aryna Sabalenka (6-2, 6-1) on a 27-match winning streak in search of her fifth title in a row. The Tunisian, recent champion in Madrid, saved a match point against Russian Daria Kasatkina (6-4, 1-6, 7-5).

1 Alavés, Mallorca, Cádiz, Granada and Getafe do not... 2 Estopa takes the party to the Forum 3 Eibar and Valladolid keep the pulse for direct promotion 4 The Choir, in the heart of Europe 5 The Oceanic invites itself to dance 6 My father taught me respect in silence 7 Max Domi sends Bruins on vacation 8 A tutor behind the young actors 9 Simon Boulerice: TV memories against a backdrop of... 10 Trusting young people and words 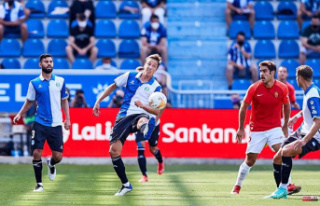 Alavés, Mallorca, Cádiz, Granada and Getafe do not...