Agents of the National Police have dismantled a criminal group after the arrest of four men involved in different criminal acts discovered during the investigation of a robbery in a law office at the end of last December. 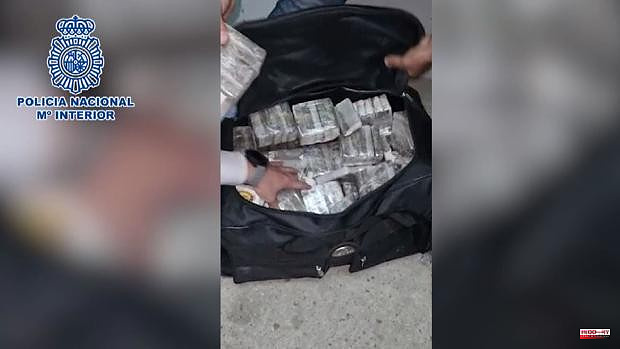 Agents of the National Police have dismantled a criminal group after the arrest of four men involved in different criminal acts discovered during the investigation of a robbery in a law office at the end of last December.

The investigators managed to link one of those involved in the robbery of the firm with an organization dedicated to making drug traffickers ‘overturns’, managing to seize almost 350 kilograms of narcotic substance and two vehicles in a device in the town of Navalcarnero (Madrid).

The police investigations began at the request of an Investigating Court in the capital, which requested to find out the circumstances of a robbery with force in a law office in the district of Tetuán, which several hooded individuals had accessed, managing to steal a safe that contained inside 60,000 euros, approximately.

As a result of the investigations to clarify the robbery in the firm, the investigators proved that the main leader of the criminal group was also part of an organization dedicated to making 'overturns' to drug traffickers in order to seize narcotic substance.

In fact, the agents verified that this individual had participated in a 'overturn' last March, on the M-40 ring road, where this group intercepted a vehicle, violently removed the driver from it brandishing a firearm and wearing a police uniform and seized the vehicle, which allegedly contained a narcotic substance inside.

The entry and search of a home and a garage in the town of Navalcarnero (Madrid) concluded with the arrest of the ringleader and two other men and the intervention of almost 340 kilograms of hashish. They were distributed in more than 3,000 tablets that, presumably, had previously been stolen from another criminal group, and from two vehicles, one of them involved in the aforementioned 'rollover' last March on the M-40.

In addition, several electronic devices were seized, including GPS geolocation devices used by those arrested to track their potential victims, which demonstrates a high degree of criminal specialization.

Due to the facts related to the robbery in the law office of the district of Tetuán, two men have been brought before the judicial authority as alleged perpetrators of a crime of robbery with force. Likewise, a third person, a woman, is being investigated for her alleged participation in the theft of the safe, and investigations are still open to fully clarify what happened.

Regarding the criminal acts linked to the 'overturns' that led to the entry and search of Navalcarnero's home and garage, the leader of the organization, also involved in the robbery with force at the law firm, is also charged with crimes of robbery with violence, misappropriation and against public health.

The other two remaining detainees have gone to court as allegedly responsible for a crime against public health, false documents and robbery with force.

1 They record elite soldiers of the British army in... 2 Toru Takahashi is a respected AP Asia photo editor... 3 Lewandowski insists on going to Barcelona 4 UN urges Thailand to evaluate Rohingya's refugee... 5 New Zealand PM will visit Australian counterpart in... 6 Johnson of the UK tries to regain power after rebelling... 7 Cervantes leads the Observatory that will guide the... 8 The Mossos call for a detection protocol after the... 9 The National Police dismantles a criminal organization... 10 Castilla y León rules out judicial appeal of the... 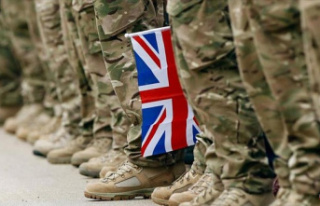 They record elite soldiers of the British army in...