Discharged all those injured in the train crash in Barcelona

All those injured in the train crash in Sant Boi de Llobregat (Barcelona) have been discharged from hospital, the president of Ferrocarrils de la Generalitat de Catalunya (FGC), Marta Subirà, reported on Tuesday. 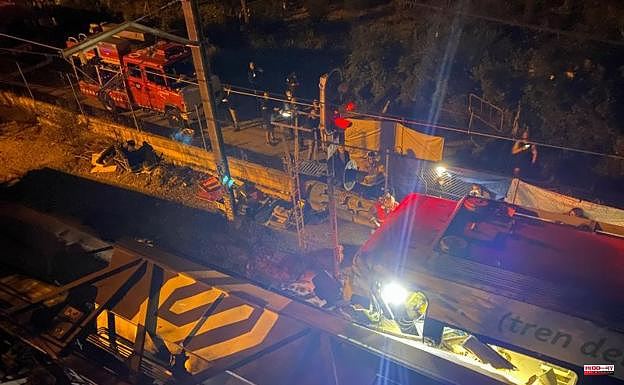 All those injured in the train crash in Sant Boi de Llobregat (Barcelona) have been discharged from hospital, the president of Ferrocarrils de la Generalitat de Catalunya (FGC), Marta Subirà, reported on Tuesday.

"At the moment the information I have is that all the people who were admitted have been discharged," he stated in an interview with RAC1, in which he also highlighted that the majority of those injured in the accident were discharged. on-site'.

Around 6:00 p.m. this Monday, a train car carrying potash derailed and hit the cabin of a passenger train, causing the death of the driver of the second vehicle and more than 80 injuries.

In an interview on TV3 this Tuesday collected by Europa Press, he estimated that the removal of rolling stock from the tracks will end in the next few hours, and highlighted the difficulty of the work: "If we can do it today, we will do it today, if not from tomorrow.

He has considered that the area in which the accident occurred "is not a section that had a special complication or any change that could have influenced" the situation and has maintained that at this time there are no indications that any particularity of the area has could have contributed to the accident.

Asked about the possibility that the train that derailed was traveling at excessive speed, she asked not to speculate and assured that the technical services of the FGC and the Mossos d'Esquadra will carry out "an absolutely rigorous investigation" to clarify the facts.

He has encrypted the speed limit on the section of the accident at 30 kilometers per hour, and explained that some work has been carried out at the site for a few weeks, which he has described as habitual.

"As it is the point of entry and exit of a station, it is already a point where you must circulate little by little," he said.

He has also maintained that the signaling of the section "is the one that corresponds according to the railway protocols" and has considered it premature to move forward if it is necessary to make any changes to it.

“Once all the elements and factors that may have contributed to the causes of this accident have been analyzed, an official report will be issued that we will inform everyone of,” he concluded.

1 Income tax 2022: tax discount, can you take advantage... 2 Vodafone achieves a profit of 2,088 million at the... 3 “Zero COVID” in Shanghai, but the confinement... 4 Ukraine denounces deaths and many wounded in a Russian... 5 Belgium refuses to extradite Valtonyc after repeating... 6 Ukraine figures around 28,000 Russian soldiers killed... 7 TV license fee 2022: it's over! How much will... 8 Cannes Film Festival: films, stars, jury... the 75th... 9 Spaniards change their residence less due to the lack... 10 PS5: May inventory update, where to find the console 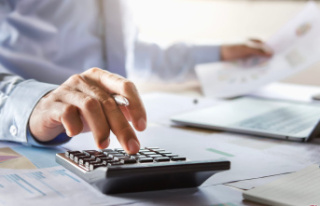