Disappointment at the Shein store in Madrid: "We arrived at 10 and they don't let us in until 9 at night"

The illusion turns into frustration and disappointment as the minutes go by on Calle de Sandoval, in the Chamberí district of Madrid. 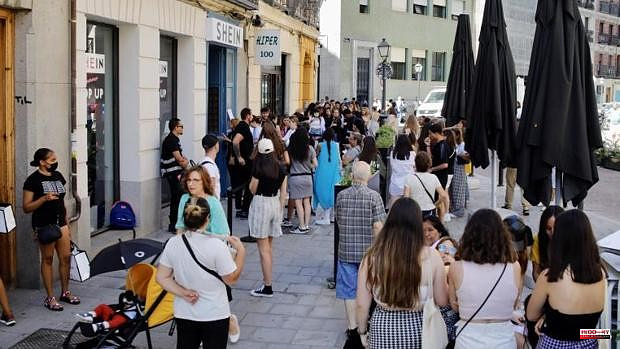 The illusion turns into frustration and disappointment as the minutes go by on Calle de Sandoval, in the Chamberí district of Madrid. Hours of waiting, the wallet ready and, upon reaching the door of number 3, hope crumbles. It is the place chosen by the Asian giant Shein to open its first pop-up store in the capital, which will turn off its lights on Sunday. Four days of 'low cost' consumerism that changes the 'online' modality for the face-to-face one. For the first time, those who filled a digital shopping basket can touch and try on the garments. Or so some believe, after almost six hours of waiting. "You can't go in until 9 at night" is the answer buyers receive, twelve hours before the clock strikes the appointed time.

Aroa, Lorena, Andrea and Eva are four student friends of Early Childhood Education. They have not managed to set foot in the Ephimera space, the location chosen by the Chinese retailer. They arrive in the center of the capital, at 9 am, from Getafe and Torrejón de Ardoz but, instead of carrying dresses and swimsuits in their hands, they carry a claim form. «We have started to queue before they opened the store. Later, they gave us a ticket with a number. We thought that as soon as we got to the entrance we would be able to access it,” they say, who found out about the opening through Tik Tok. Nothing could be further from the truth: their waiting number is close to 700. Moments later another worker has approached them. "Your shift is between 9 and 10 at night," they say they have been told. “We have arrived before 10 and we cannot enter until 9. It is not normal, it is an organizational chaos and the workers are borders”, criticize the friends.

If they had known - they stress - they would not have come. "It's wasting time. In addition to studying, we work. That they had told us when we arrived because we cannot return at night, "they add. For this reason, they have requested a claim sheet. "At first, they didn't want to give it to us. We have had to insist. Now they tell us to take it to the consumer's office," they explain, visibly angry. Meanwhile, the Municipal Police controls that the chaos of hundreds of people waiting does not get out of hand.

Imelda and Rosa have had different luck. Before 8 in the morning, mother and daughter were already in front of Sandoval's number 3. They leave with a bag containing eight items of clothing and some jewelry earrings. For all this, they have paid less than 56 euros. Quite a bargain and a milestone, seeing what other Shein fans are facing. But they are not happy either. «There are very few sizes and few models. Nothing compared to the website », they assert, despite being aware that the thousands (or millions) of products sold by this giant online cannot be transferred to the capital. "It's not worth coming. We would have bought online if we knew and we would not have wasted so much time, "they conclude. And Lorena agrees with them, a young woman from Moratalaz who at 7 in the morning was already queuing. Her bag is even smaller: a pair of jeans and a T-shirt in exchange for four hours in the sun. “I had high expectations and was disappointed. I don't know if many items were sold out yesterday or what, but there isn't much variety. No sizes », she says, and complains:« And that they have opened 40 minutes later ».

The Shein craze ends in disappointment with the physical shopping experience. Despite this, they all assure that they will continue buying online. “The price you pay makes up for it all,” says Rosa: “At Primark we pay more for the same amount of product. And let's not talk about Zara anymore...». That is the real value of Shein (in addition to offering large sizes), a brand in itself with a presence in more than 150 countries and that offers everything from swimsuits to sandals, jewelry and underwear with prices of around 10 and 15 euros on average. per item. Founded in 2008 with Sheinside, their numbers are stratospheric: according to their website they have almost 10,000 employees worldwide and it has been valued at 100,000 million dollars (92,000 million euros), more than Inditex (62,000 million) and the Swedish H

The experience in Madrid is ephemeral, like the name of the 300 square meter space they have chosen, but not the digital one. "Strengthen ties with our users and give our customers the possibility of living a physical shopping experience where they can buy the spring-summer 2022 trends. We love how the Spanish public appreciates the brand and creates a close relationship with Shein", said Mingjie Zhao, director of marketing, before the opening. Only your customers will be able to decide if they have succeeded.

1 The new contract-program between the Board and the... 2 They are looking for a 93-year-old woman whom her... 3 Valencians on the Forbes list: these are the best... 4 Carlos Muñoz, only eleven years old, publishes his... 5 What it costs to open the Madrid Metro 24 hours at... 6 Those infected in Madrid by monkeypox rise to 141... 7 The Imserso de Podemos that ruins hotels: 22 euros... 8 Arrested in Gerona the owner of 57 mutilated fighting... 9 Bulgarians, Hungarians and Slovaks do not blame Putin... 10 The untold story of Pedro Acosta 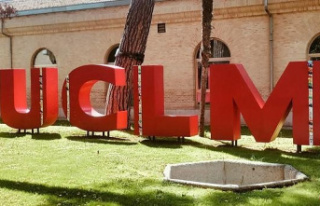 The new contract-program between the Board and the...