It is true that my mother had very showy legs. 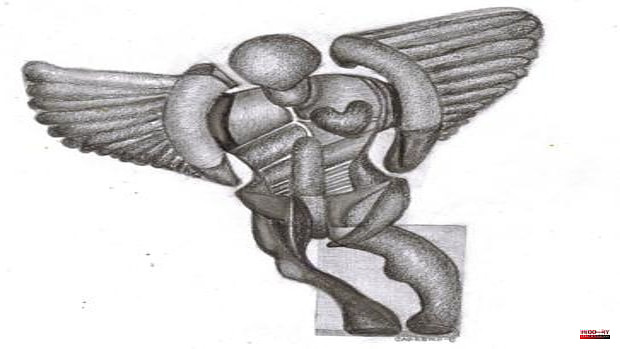 It is true that my mother had very showy legs. I remember her in heels, a relatively short blue dress, a Majorica pearl necklace around her neck, carrying a black bag accompanying my brother Fernando on his first communion and, truthfully, there are some photos that assure it, that she was very elegant . On the other hand, it is true that she was not as tall as my father was, nor as her eight children are. "I'm not short," she said, a little annoyed, "it's that my husband and children are very tall." And it is true that my father could have paid more money, but the truth is that my mother instead of having a coat with claws like her friends had, she preferred to buy a mink jacket.

My mother had many reasons for having preferred the jacket, but her friends thought they were excuses and that the jacket was a bit like that middle class I can't. To buy the jacket they went to a fur shop in Madrid called 'El pekan y la dalia'.

My mother, when her friends told her, not unintentionally, that a coat would have been better, she replied that the furrier had suggested that a coat would be better for her type, that everyone wore claws, that they were very serious and that not all women liked them, since many of them could handle the coat, that the difference in price was not that much and that she was very happy with her mink jacket and that, in addition, (I thought so , but she didn't say it) she had the best legs of all her friends because when she climbed in black high heels, she put on a slightly short black skirt, she dressed up a bit -she was so pretty that she didn't need excessive makeup-, she wore the Majorica pearl necklace, the medal bracelet with the names of her eight children, she grabbed her bag and covered herself in her jacket, she had nothing to envy any of her friends clad in oppressive poorly worn furs.

Little by little, furs passed, fashions passed, life passed, high heels wore out, beauty wrinkled, my mother's friends, her coats and her questions grew old, my mother's gaze withered and her coat faded. He remained in a closet, wrapped in a plastic bag, smelling of mothballs, like a stuffed half-body bear keeping the warmth of some breasts, the sound of a heart, the smell of a mother. A jacket that more than a coat, more than a bodily need, was an ostentation and a social attribute. I never knew if it was the jacket of I want or I can't or the jacket of I can but I have legs that you don't have.

I remember my mother, completely devastated, walking arm in arm down the long, narrow path of the cemetery, accompanying my father's broken body. She walked like a lost doll, her smile faded, her mind absent, a sorrowful lover of the man who had pierced her heart with eight daggers of light and life. The death of her husband brought rust to her eyes, mud to her brain in which noisy planes landed, put a gag in her mouth and a hair shirt in her blood.

1 A confined Montreal-North secondary school 2 "Until the next me": a circus piece by Didier... 3 The emir of Qatar announces an investment in Spain... 4 Ademola Okulaja, former Barça, Girona, Unicaja, Valencia... 5 NATO: Sweden and Finland complete their candidacies,... 6 Owning an animal, a burden? 7 Liverpool gives more emotion to the Premier 8 CF Montreal's new logo soon to be unveiled 9 Ligue 2 play-offs: cruel disappointment for Paris... 10 One million more soldiers for the Alliance 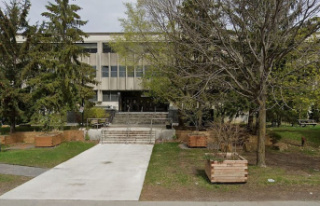