Despite a thumping victory at the end: Hütter and Mönchengladbach separate

Borussia Mönchengladbach clearly missed the goal of qualifying for the European Cup. 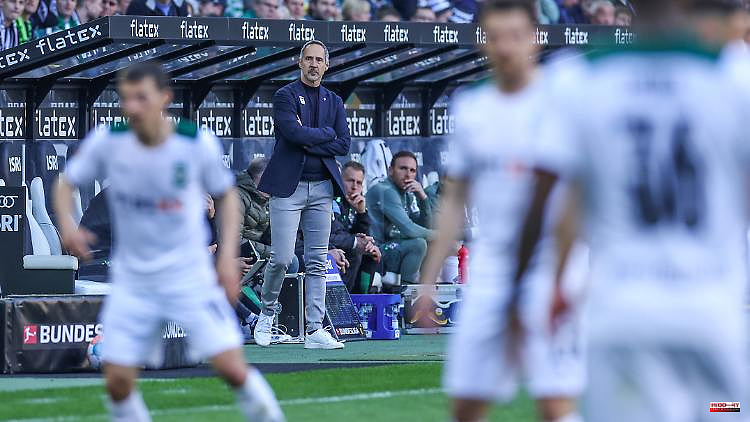 Borussia Mönchengladbach clearly missed the goal of qualifying for the European Cup. For weeks, the assumption has therefore been that a new coach should come for the new season. After the last day of play, Adi Hütter now announces that he is leaving his post. There are already rumors about his successor.

The Adi Hütter era is over after just one year at Borussia Mönchengladbach. Immediately after the 5-1 win against TSG Hoffenheim, the club and the coach announced their separation. It was mutually agreed to go their separate ways. "We didn't do what we all imagined in terms of sport," said the coach at Sky. Hütter still had a contract in Gladbach until June 30, 2024. "We agree that this decision is the right one for both sides," said sporting director Roland Virkus.

"Our task now is to draw the conclusions from the processing of the season and to initiate the appropriate measures in order to prepare for the new season in a new constellation at the end of June," said Max Eberl's successor .

Hütter had just announced his farewell to the Sky TV station. "I would like to put all speculation aside. After many intensive, good, respectful discussions, we mutually agreed that we would go our separate ways. Today was my last game here at Borussia Mönchengladbach," said the 52-year-old. The two assistant coaches Christian Peintinger and Armin Reutershahn will also no longer work for Borussia.

After their sports director Eberl in January, the Gladbachers have now also lost the head coach brought in by Eberl. For Hütter, the club had paid 7.5 million euros to Eintracht Frankfurt. Hütter had a difficult time in Mönchengladbach right from the start and after the Eberl farewell also lost his mentor. Recently, the relationship between the Austrian and the team is said to have been heavily burdened.

His team had previously concluded a complicated Bundesliga season with a 5-1 win against TSG Hoffenheim in a gala performance. Nevertheless, the club did not reach a single-digit place in the table for the first time in eleven years and ended the season in tenth place.

According to Sky information, ex-coach Lucien Favre is a potential successor. Sports director Roland Virkus has already had initial talks, it said. Accordingly, Favre could imagine taking a second seat as a coach on the Borussia bench. The Swiss was already active in Gladbach from 2011 to 2015 - he saved the club from almost certain relegation to the 2nd division and two years later led it to the Champions League.

His Gladbach departure in September 2015, however, caused a stir. The now 64-year-old Swiss had announced his immediate resignation as coach of the then bottom of the table in writing after a series of defeats. The club had tried to persuade him to stay. Most recently, Favre trained Borussia Dortmund from 2018 to December 2020.

1 Team informed after the end of the game: Weinzierl... 2 [LIVE] 81st day of war in Ukraine: here are all the... 3 Leipzig trembles in the CL: Hertha gambles away and... 4 Pole underpins Salihamidzic: Lewandowski tells FC... 5 Wild season finale in league three: Loser of the 43-goal... 6 One rejection after the other: FC Bayern asks Klopp... 7 "Just full throttle forward": How 1. FC... 8 The greatest Borussia player of all time: Michael... 9 Future at Aston Martin unclear: "hypocrite"... 10 Lacalle (Tressis) sees "very interesting"... 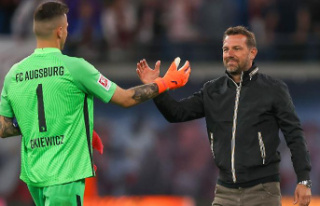 Team informed after the end of the game: Weinzierl...