NEW YORK | A dashing start-up ten years ago when it went public, Facebook is today a group with a tarnished image and decreasing popularity, but which remains essential and intends to remain so in the metaverse. 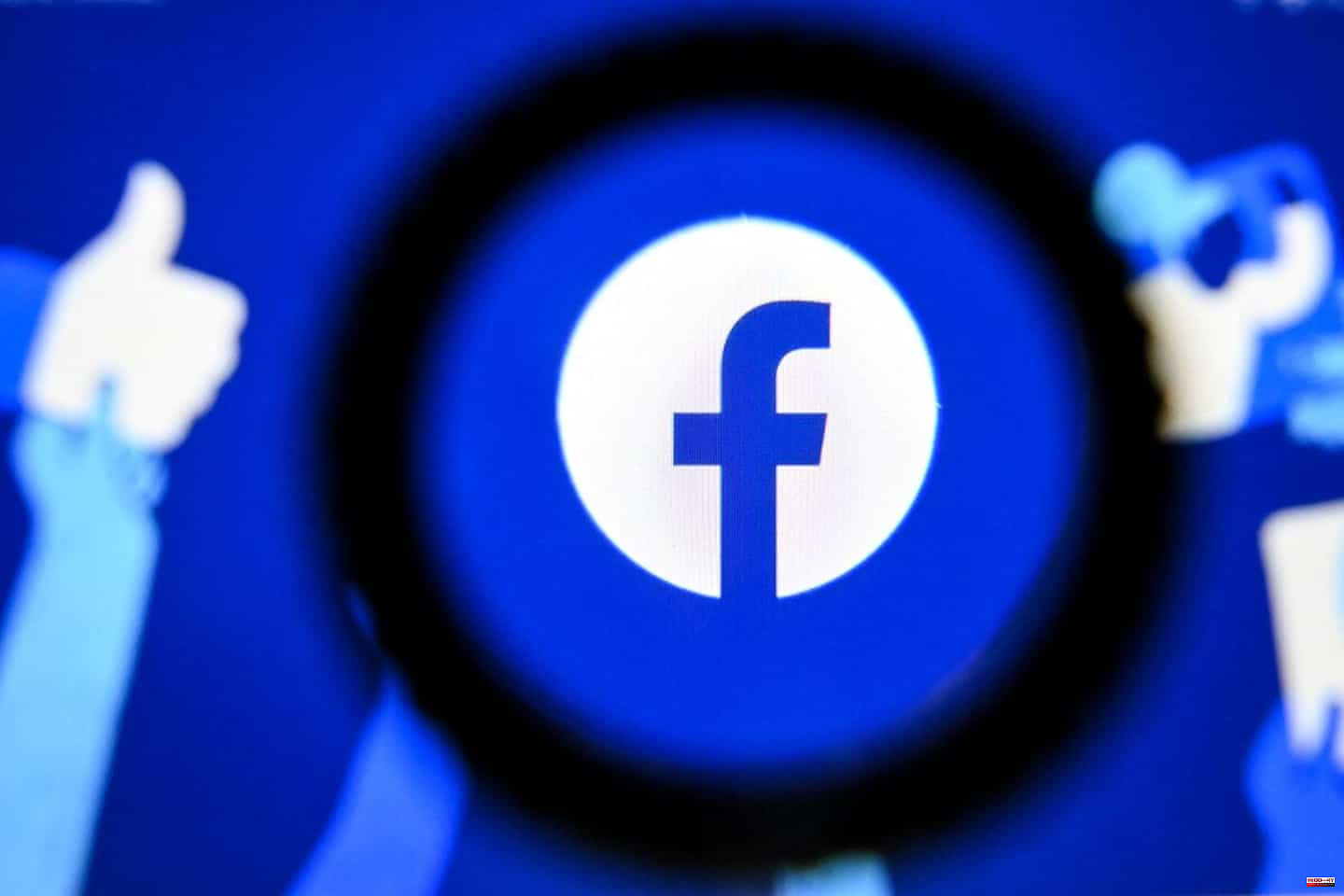 NEW YORK | A dashing start-up ten years ago when it went public, Facebook is today a group with a tarnished image and decreasing popularity, but which remains essential and intends to remain so in the metaverse.

Mark Zuckerberg symbolically rings the bell of the NASDAQ electronic stock exchange, in the middle of an esplanade of Facebook's headquarters in Menlo Park (California), in front of thousands of jubilant employees who offer their boss an ovation.

“At the time, Facebook was seen as young, trendy, a way to connect people with each other (and) Zuckerberg was still seen as a young leader,” recalls Carolina Milanesi, of Creative Strategies.

“Today, it is associated with political manipulation, advertising,” she says. “Facebook is considered a data-hungry company.”

But if the growth of the group is worrying and has caused the Facebook action, which has become Meta, to lose almost half of its value since the beginning of September, the social network nevertheless has 2.94 billion monthly active users, and continues to grow.

“Facebook maintains a competitive advantage thanks to the number of users”, summarizes David Bchiri, independent expert. “They have long been focused on the goal of connecting as many users as possible.”

"Small advertisers (...) may have this vision that attendance is down, that no one is going to Facebook anymore, but that's not true," says Keith Kakadia, founder of the marketing agency SociallyIN, which specializes in social networks.

And the update last year to the iOS operating system for iPhones, which prevents part of the collection of user data, certainly penalized Meta but did not delegitimize it with advertisers.

"We always highly recommend Facebook in a brand strategy and most of them advertise on it," says the leader.

“What is true is that 13-18 people are starting to not have a Facebook page at all,” but they are nevertheless often on Instagram, a subsidiary of Meta, “and so they are part of Facebook's strategy. »

The El Dorado of the Metaverse

Before Facebook, many had tried the social network experience. From Friendster to MySpace, none have had lasting success, overwhelmed by too rapid development, risky diversification or insufficient moderation of content.

Since then, many have started, but most are now targeting a niche.

"We don't have the vocation or the ambition to have the size of Facebook, of course," explains Jérémie Mani, co-founder of Altruwe, a social network focused on altruism, which now has 10,000 users.

The goal, he says, is “to be able to show that there is an alternative” to Facebook or Twitter.

As for the conservative networks, which have been sprouting up like mushrooms since 2016, from Parler to Gettr via Donald Trump's recent Truth Social, they too "have not reached the critical mass that makes them essential".

"I don't think the competition got it wrong," says Carolina Milanesi, "just Facebook got the size and got there at the right time."

Always at the top, Facebook wants to stay in the metaverse, these virtual universes where you can lead a parallel existence and on which Mark Zuckerberg has bet, to the point of changing the name of his group to Meta Platforms.

Meta will devote at least ten billion dollars a year to creating and structuring its version of the metaverse, to establish itself as the virtual universe by default.

Keith Kakadia believes in it, even if “we don't see brands starting to think about how to integrate” this new space.

“As early as 2014, Facebook positioned itself on the metaverse by buying Oculus (specialist in virtual reality headsets), but nobody understood”, at the time, he says. “Facebook and Mark Zuckerberg have always been ahead of the rest.”

“Their strategy”, analyzes David Bchiri, “is to be the entry key for brands, as with FB pages ten years ago.”

“You have to be the first,” according to Carolina Milanesi, “the one who sets the rules and can impose them.”

Directory created by Harvard students who have become a global phenomenon, but whose leadership is today threatened by social networks targeting young people: here is the story of Facebook, which celebrates the 10th anniversary of its IPO on Wednesday.

On February 4, 2004, Mark Zuckerberg, 19, a student at Harvard University, near Boston, launched TheFacebook with three roommates, an online gallery that was quickly exported to other establishments.

In May, Mr. Zuckerberg left Harvard and moved to Silicon Valley.

The social network, renamed Facebook, received $500,000 from investor Peter Thiel in July, then, the following year, $12.7 million from the Accel Partner fund.

The success of Facebook arouses the greed of Viacom and Yahoo, which in 2006 tried to buy it for respectively 1.5 and 1 billion. Offers rejected.

It is also the time of the first controversies. In December, Mark Zuckerberg apologizes for privacy “mistakes” made with a new advertising system, Beacon.

Facebook had 100 million members in mid-2008, dethroning MySpace on the social network charts.

Facebook launches its Spanish, German and French versions and, taking advantage of the boom in touchscreen smartphones, releases its first mobile application the following year.

Organizations defending the rights of Internet users filed a complaint at the end of 2009 against Facebook's lack of confidentiality.

Faced with the sling, Mark Zuckerberg admits in 2010 “a package of errors”. The social network will sign an agreement at the end of 2011 with the American authorities, its privacy practices will be monitored for 20 years.

The Social Network by David Fincher was released in October 2010 at the cinema, delivering the incriminating portrait of a Mark Zuckerberg who betrays his comrades, in particular the Winklevoss twins, with whom he created Facebook. Justice will validate the following year an agreement to 65 million dollars concluded with his accusers.

In December 2010, Mark Zuckerberg was named Time magazine's Man of the Year.

The social network acquired the photo-sharing site Instagram in 2012 for $715 million. In 2014, he bought the mobile messaging application WhatsApp for 19 billion.

On May 18, 2012, Facebook raised $16 billion in the biggest IPO ever by a technology company, valuing it at $104 billion. But the action disappointed and fell to its all-time low in early September, at $17.73. It will quickly raise the bar, peaking at nearly 380 dollars in September 2021 and exceeding 1,000 billion in capitalization.

Facebook surpasses one billion members at the end of 2012.

In 2016, Facebook was accused of allowing Russia to influence elections. The group revealed the following year that hundreds of fake Russian profiles bought ads to heighten tensions ahead of the US election in which Donald Trump emerged victorious.

Facebook's image was also tarnished in 2018 by the Cambridge Analytica scandal, a British data analysis company close to the American Republican Party, accused of having unknowingly collected the data of 50 million Facebook users to promote the Donald Trump victory.

After these revelations, Mark Zuckerberg goes on the grill of the American Congress in April 2018.

At the end of 2021, Mark Zuckerberg announced that Facebook's parent company was renamed Meta. Meta as the Greek word for "beyond", but also as metaverse, the virtual world which he believes represents the future of the internet.

Black Thursday on the Stock Exchange

After announcing a declining profit, Meta lost on Thursday February 3, 2022 more than a quarter of its stock market value, erasing more than 200 billion in valuation, unheard of on Wall Street.

The same month, Facebook, neglected by the youngest in favor of other networks like Tiktok or Snapchat, admits having lost, for the first time, one million active daily users. It still retains 1.96 billion, or about a quarter of the world's population.

1 Hello Mbappé, goodbye Luis Suárez 2 Badalona will host the Copa del Rey basketball in... 3 They find the leader of the destructive sect that... 4 Smoke bombs, tags and firecrackers: the house of Roland... 5 Fawzia Koofi: "If the woman does not wear a burqa,... 6 Raúl García and Nico Williams, almost ruled out... 7 It's a departure for the Alliance 8 Punishment for Scholz's indecisive policy in... 9 DIRECT. Giro 2022: Bardet 3rd overall, the standings 10 ATP ranking: Nadal 5th, overtaken by Tsitsipas, the... 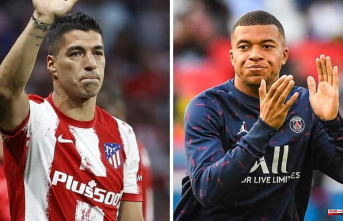