Demonstrations: "Hot Autumn": Is the wave of protests ebbing?

The preliminary highlight was the Day of German Unity. 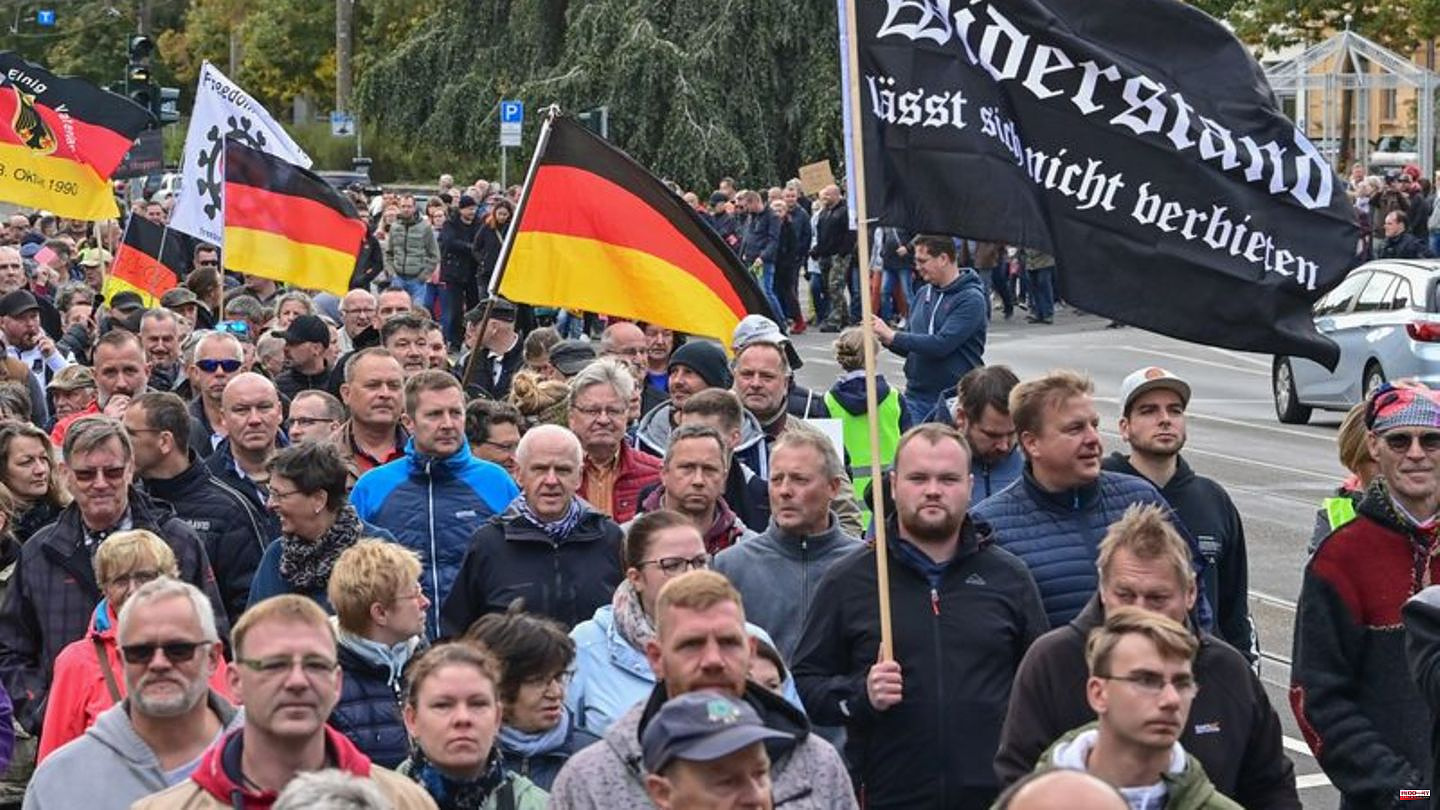 The preliminary highlight was the Day of German Unity. On October 3, in East Germany alone, more than 100,000 people took to the streets against high energy prices, inflation and the federal government's crisis policy. Since then, the "hot autumn" fueled by left and right seems to be running out of breath.

It is true that people will protest again in many places this Monday. But the number of participants is declining. In Schwerin, Monday demos were canceled entirely due to a lack of crowds.

One thing is certain: the "popular uprisings" feared by Foreign Minister Annalena Baerbock have not materialized so far. After the announcement of the multi-billion dollar "double hit" against high gas and electricity prices, the mood in the country seems a little calmer. What's next for the wave of protests? That depends, among other things, on whether the relief reaches citizens with little money, says Saxony's President for the Protection of the Constitution, Dirk-Martin Christian, of the German Press Agency. The Greifswald political scientist Marcel Lewandowsky also says: "It's just too early for an assessment."

"The big end comes at the end"

Both the AfD and the left had mobilized under the keyword "hot autumn", albeit not together. This resonated particularly in Berlin and East German cities such as Leipzig, Magdeburg, Gera and Plauen. Both sides speak of successes. "Under the motto of our campaign 'Our country first!' For example, around 10,000 people from all over Germany followed our call to demonstrate in Berlin against the disastrous policies of the traffic light coalition," says AfD federal spokesman Tino Chrupalla. His colleague Alice Weidel is certain that the AfD demands put the "traffic light coalition under pressure to act in the interests of German citizens".

Left leader Martin Schirdewan also says: "Our pressure worked - the federal government had to move." Some of the demands of the left were taken up in the traffic light relief program, such as gas and electricity price caps. "But whether that will be enough in the end for people to get through the winter well is an open question. The big end comes at the end." Schirdewan believes that the aid packages that have been announced are a "sedative pill" that may not last forever.

Right now, however, many seem to see the future a little less bleakly. "I actually believe that the relief measures and the full storage facilities have reduced people's concerns somewhat," says Thuringia's Interior Minister Georg Maier (SPD). The Saxon SPD leader Henning Homann also praised: "The political debate has relaxed due to the actions of the federal government." Nevertheless, both expect that the right will continue to incite protests. "We cannot stop these attacks - no matter how good our policy is," says Homann.

There are two different approaches to protest, analyzes political scientist Lewandowsky. "One is organized by left-wing groups and trade unions and is aimed specifically at the problem of the high cost of living," explains the researcher. "The other track is only superficially going in the same direction, namely against high energy prices. But there are also pro-Russian, right-wing populist and conspiracy ideological undertones, as we have known them since the Corona protests from 2020. These protests are actually only using a new occasion to do the same thing to represent."

In other words, some groups seem almost indifferent to what the protest is about and how politicians are reacting. Thuringia's President for the Protection of the Constitution, Stephan Kramer, described it as follows at a Berlin conference on Friday: "While it was initially about refugee issues in 2015, the euro played a role, i.e. currency issues, the question then came up very quickly: What is the situation with the pandemic now? We we then had a bit of betting going on that the 'climate dictatorship' would come next. Nobody could have guessed that suddenly the Russian war of aggression was just around the corner. But it was quickly grabbed and exploited. "

His Saxon colleague Christian takes a similar view. "It is part of the long-term strategy of the right-wing extremists to be able to connect with their issues in the middle of society and thus to achieve a dissolution of boundaries," explains the state constitutional protection chief of the dpa. It is striking that groups like the extreme right-wing Freie Sachsen are now concentrating more on agitation against refugees - possibly because "the ability to mobilize on the topics of the energy crisis, the Ukraine conflict and inflation seems to be stagnating". The protests in Saxony have "reached a plateau, at least for the time being".

Nevertheless, the actions will probably not stop, expects the Leipzig cultural sociologist Alexander Leistner. "We have a similar situation as with the continuous corona protest scenes: a hard core of demonstrators stays on the streets very regularly." That is independent of the daily politics and the current price development.

Could the not so "hot autumn" turn into a "winter of anger" after all? Leistner does not rule that out. On the one hand, cost burdens on citizens would only become apparent with a delay. On the other hand, protests often have a momentum of their own. The course of the war in Ukraine and possible new refugee movements could also play a role.

Saxony's head of the Office for the Protection of the Constitution, Christian, puts it this way: "If the geopolitical and economic situation escalates, a polarization and radicalization of the protest events must be expected. In such a situation, extremists will leave no stone unturned in order to conjure up apocalyptic end scenarios with their disinformation campaigns and narratives." 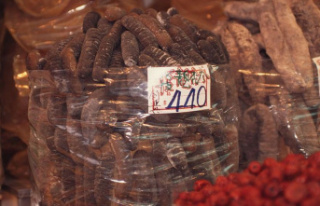