The SOS Talavera association and its region calls on the citizens of the "Talavera lands" so that next June 12, from 11:00 a. 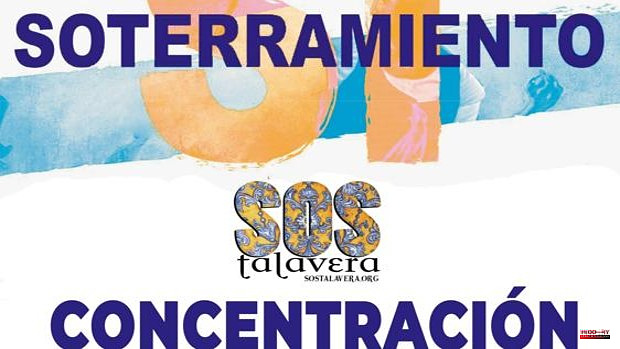 The SOS Talavera association and its region calls on the citizens of the "Talavera lands" so that next June 12, from 11:00 a.m., they demonstrate at the railway station to request the burial of the tracks of the future AVE as it passes through the city.

“Let us demand that the Ministry of Transport and Urban Agenda, the Castilla-La Mancha Community Board, the Talavera de la Reina City Council and Adif comply with the signed agreement to bury the train tracks as they pass through Talavera de la Reina in 2007, no more and no less than 15 long years ago”, states the association in a press release.

From Talavera they assure that "Extremaduran lobbies consider that choosing burial as the best of the existing formulas to integrate the AVE as it passes through our city is a local problem that harms their interests."

«Diverting the AVE to Toledo, building a second station there, and recovering its goods have been a burden for the whole section, especially for the Talavera section, given that in the face of a conflict between allegations (Toledo and Talavera), we have no doubts of whom the Board and the Ministry are going to benefit, although for that they have to go over the sovereignty of the Talaverans and the historical rights acquired in October 2007, "he warns.

In addition, the association recalls that the majority of Talaveran civil society, including all political parties, advocate burying the AVE, so the hermetic silence that is kept with the result of yes or no is "irrational, inexplicable and incomprehensible. burying of the train tracks in Talavera, while in the imperial city they know exactly how, where and how it will be laid out».

“We believe that the entire social and business fabric of Tierras de Talavera should not give in to external impositions, and should show their revulsion at the mortal wound they are going to cause Talavera, whose scar will endure as a social and economic burden for future generations. Therefore, it is our responsibility to demand it from those who have government responsibility and from no one else, since they will be the ones who go down in history for having achieved it or not, "they insist.

On the other hand, aside from the burying of the AVE tracks, from SOS Talavera and its region they also demand a "decent train for the conventional track". “Deteriorated sections, numerous level crossings, narrow curves, obsolete facilities, a closed cafeteria, unbalanced prices, lack of competitive and social season tickets, the loss of speed of shuttle trains to Madrid, have meant that citizens no longer trust their train, the train of all life and on our conventional track”, they affirm.

1 They investigate two people after intervening a marijuana... 2 À Punt will stream the galas of the Alicante Film... 3 Russia considers peace talks with Ukraine broken 4 Russia announces its withdrawal from the Council of... 5 The price of electricity falls 2.25% this Wednesday,... 6 The GDP of the eurozone rebounded 0.3% in the first... 7 PSG: Messi at Inter Miami in 2023? "It's... 8 Feijóo stresses that Spain "is not a multinational... 9 The emir defends that Qatar and Spain "have a... 10 Anti-Covid vaccine: no, it is not planned to receive... 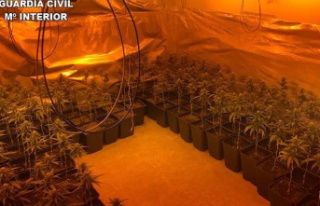 They investigate two people after intervening a marijuana...