Delivery of heavy weapons: Zorn: Ukraine only asks for artillery so far

There is a lot of political wrangling over the question of which weapons will be sent to Ukraine and when. 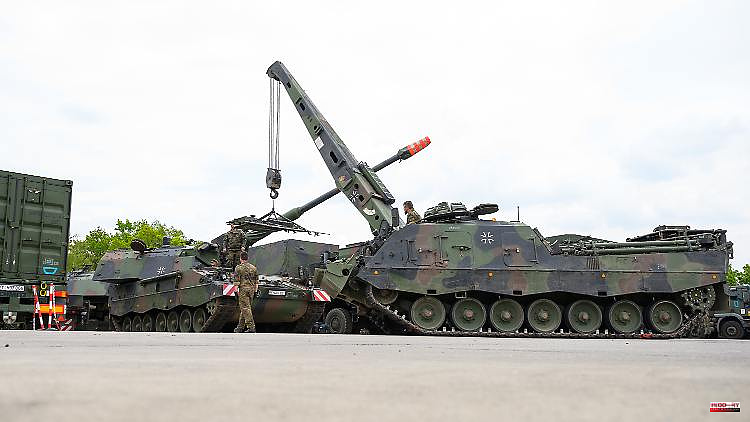 There is a lot of political wrangling over the question of which weapons will be sent to Ukraine and when. The Inspector General of the Bundeswehr, Eberhard Zorn, now speaks up and explains what Ukraine has ordered so far.

Inspector General Eberhard Zorn says he has only received requests for artillery from Ukraine, not for Bundeswehr tanks. "The Ukrainians explicitly demanded artillery from us," Zorn told the "Bild am Sonntag". "I currently have no other demands on my table from the Ukrainian government that affect the existence of the Bundeswehr."

During the Ukraine summit at the US Ramstein Air Force base in Rhineland-Palatinate, Kyiv reaffirmed the need for artillery pieces. Because the Dutch had promised five Panzerhaubitzen 2000 and you need about a dozen systems for a tactical fire unit, Germany will complete the dozen, stressed Zorn.

"The seven systems are currently at the industry for maintenance and will be handed over to the Ukrainians after their completion. Our obligations to NATO will not be affected by this," said the inspector general.

Zorn did not want to generally rule out further deliveries of heavy weapons from Bundeswehr stocks to Ukraine: "If I say no now, maybe everything will be different in 14 days." The inspector general praised the military aid provided by Germany so far: "We provide a good deal of support. All deliveries of arms have been coordinated with our NATO partners, and together we ensure a steady supply."

Zorn does not currently rate the risk of Germany or the other NATO countries being attacked by Russia because of their support for Ukraine as high: "Militarily, we see no signs that Putin is preparing an attack on NATO, neither with nuclear weapons nor with conventional weapons."

Zorn also defended Defense Minister Christine Lambrecht, who had come under criticism. "I'm a soldier myself and I personally experience the minister as open and interested in all discussions," he said. He hadn't heard anything else from the troops either. "She has a feeling for our women and men."

1 Farewell to non-alignment: Finland wants to become... 2 "Pressed for treason": Russian ambassador... 3 More inquiries, more hits: interest in the Bundeswehr... 4 [IN IMAGES] Who is telling the truth? Hired in a cellar,... 5 Peace researcher Deitelhoff: "Putin and Russia... 6 García-Gallardo assures that the program for Agriculture... 7 Questions and answers about the election: who can... 8 Finland formally approves its candidacy for NATO 9 The night of war at a glance: Ukraine wants to hold... 10 Vote in the Bundesrat: CSU threatens to block the... 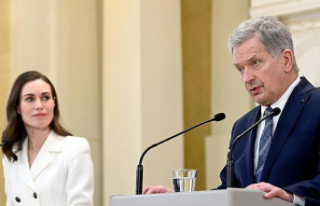