The Ministry of the Environment, Housing and Territory Planning has once again declared as a preventive measure medium danger of forest fires from this Friday, June 3 to Sunday, June 5 in the nine provinces of Castilla y León. 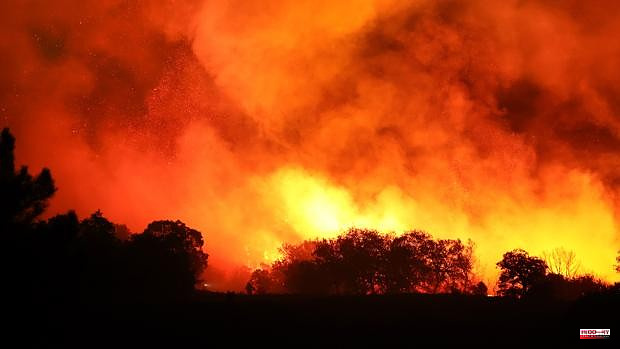 The Ministry of the Environment, Housing and Territory Planning has once again declared as a preventive measure medium danger of forest fires from this Friday, June 3 to Sunday, June 5 in the nine provinces of Castilla y León.

According to the argument from the Board, the anomalies suffered this year in the accumulated precipitation, in the temperatures and in the humidity of heavy fuels increase the probability of consolidation of the fires. Given this situation, and as a result of the increased risk that occurs on weekends derived from the increase in activity in the natural environment, the Board declares the level for the fourth consecutive weekend.

This measure implies, among other issues, the assignment of guard personnel, both environmental agents and specialist firefighting technicians, as well as the activation of aerial means, heavy machinery and ground crews for immediate assistance in case of fires that may arise. .

Another of the preventive measures adopted is the suspension of all authorizations or communications for the burning of plant remains that could have been processed.

This weekend rainfall is expected Friday and Saturday in the north and west of the Community; the maximum temperatures follow the moderate trend of the current week, although the minimum temperatures continue to be above the average of what is usual for these dates. Even so, temperatures in the south and east of Castilla y León remain high, 5 degrees above what is common for this time of year. The wind is the factor that triggers the risk of fires this weekend, exceeding 10 kilometers per hour throughout the Community, and gusts of more than 40 kilometers are expected in the south and east. This makes the fire risk indexes high due to the propagation speeds and the consolidation index.

The Junta de Castilla y León trusts that the population will continue to exercise extreme caution in their outdoor work and leisure activities to avoid the start of a possible fire and, if it occurs, alert through the Emergency Service of the 1-1-2.

At the same time, it is insisted that the burning of bushes or mounts without express authorization, for any purpose, is a prohibited practice that can seriously jeopardize human lives, populations and other assets, as well as our natural and cultural heritage, and that, In addition, it can constitute a crime, so a call is made for citizen responsibility and collaboration to avoid them.

Up-to-date information on the existing limitations for the use of fire can be consulted in the CyL Fires APP (Forest Fires Castilla y León) and on fires of special significance, on the twitter account @naturalezacyl (Nature Castilla y León).

1 The independentistas reproach the president of the... 2 They find 20,000 unsent letters in a house where a... 3 Russia accuses the son of a British parliamentarian... 4 Iberdrola multiplies its investments in New York to... 5 Swiatek and Gauff, a luxury final in Paris 6 Consensus at the meeting to address the situation... 7 The Christ of the Column of Bolaños is declared of... 8 Mazón: «Our challenge is to position Alicante extra... 9 They ratify the sentence against a resident of Villarrobledo... 10 The oldest book in Galicia leaves the vault of the... 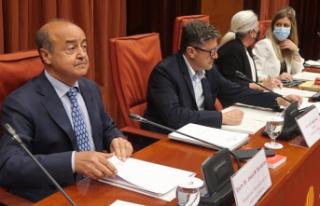 The independentistas reproach the president of the...