Deceased football legend: Pelé is buried in a high-rise cemetery in Santos

Brazilian football legend Pelé has found his final resting place after a funeral procession that lasted several hours through the streets of the port city of Santos. 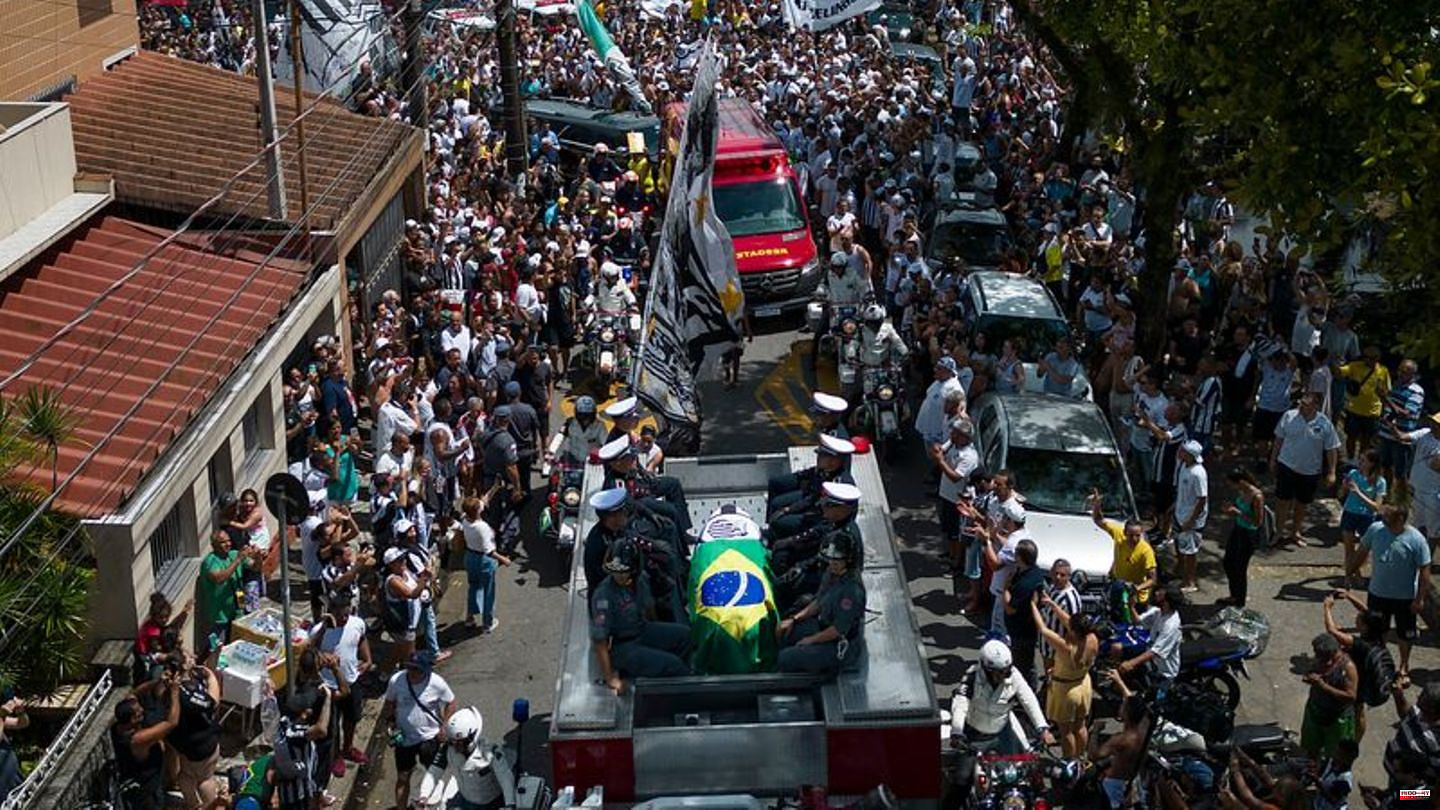 Brazilian football legend Pelé has found his final resting place after a funeral procession that lasted several hours through the streets of the port city of Santos.

Military police officers in gala uniform carried the coffin into the Memorial Necrópole Ecumênica high-rise cemetery, as was seen on TV Globo. The three-time world champion was to be buried there with his family.

According to the Guinness Book of Records, the memorial is the tallest cemetery building in the world. The resting place in the Marapé district has around 16,000 tombs on 14 floors. The building has suites, a chapel and a restaurant and is open 24 hours a day, 365 days a year. Pelé had already chosen his burial site during his lifetime. The family still wanted to decide when the area would be open to the public.

Thousands of fans on the streets

The coffin had previously been laid out on the roof of a fire engine and driven through the streets of Santos. Scores of fans cheered the motorcade and waved flags from Pelé's longtime club FC Santos. The convoy also passed the home of Pelé's 100-year-old mother. Pelé's sister Maria Lúcia appeared on the balcony, waving at fans and making a heart shape with her hands.

Tens of thousands of fans had said goodbye to Pelé in the Santos stadium since Monday. The corpse of the world star had been laid out in the center of the Estádio Urbano Caldeira for 24 hours. More than 230,000 fans passed the coffin, as reported by the G1 news portal. Among others, the Brazilian head of state Luiz Inácio Lula da Silva and FIFA President Gianni Infantino paid their last respects to the exceptional player.

"We all owe something to Pele and Brazil owes him a lot," Lula told the club's Santos TV channel. "Besides football, he also taught us about character, humility and dignity, and who knows, maybe he also taught people to be more humanistic, more solidarity and more brotherly. He was born poor and black in a country where the Prejudice is very strong, but Pele never cared about it. He always knew how to be Pele, the best and the humblest."

Stadiums should be named after Pelé

The world governing body FIFA announced that it would ask its member associations to name a stadium in every country after Pele. "Children, future generations around the world, need to know who Pele was. And if they score a goal in a stadium named after Pele in 30, 50, 100 years and ask who he was, we can say: He was the greatest and he moved us," said FIFA President Infantino at the wake in Santos.

Edson Arantes do Nascimento, as the striker was called by his full name, died of cancer on Thursday at the age of 82. The Brazilian government ordered three days of national mourning. Messages of condolence poured in from all over the world. At the weekend, before many football games around the world, there was a minute's silence for the exceptional athlete.

Pelé shaped football like no other and was already a legend in his lifetime. World governing body FIFA had named him - like Argentinian Diego Maradona - the "Player of the 20th Century". With 77 goals in 92 international matches, Pelé is still the record goalscorer for the Seleção, the Brazilian national football team - together with his 30-year-old compatriot Neymar, who also has 77 goals. 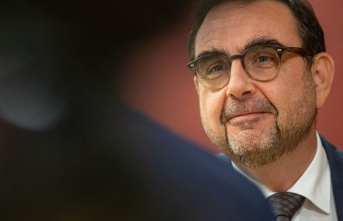