Debate about the ban on firecrackers: "Why should everyone be punished because a few behave insanely" - that's what the press says about the New Year's Eve attacks

After the events on New Year's Eve, there is a heated debate in politics about how to deal with attacks on the police and fire brigade in the future. 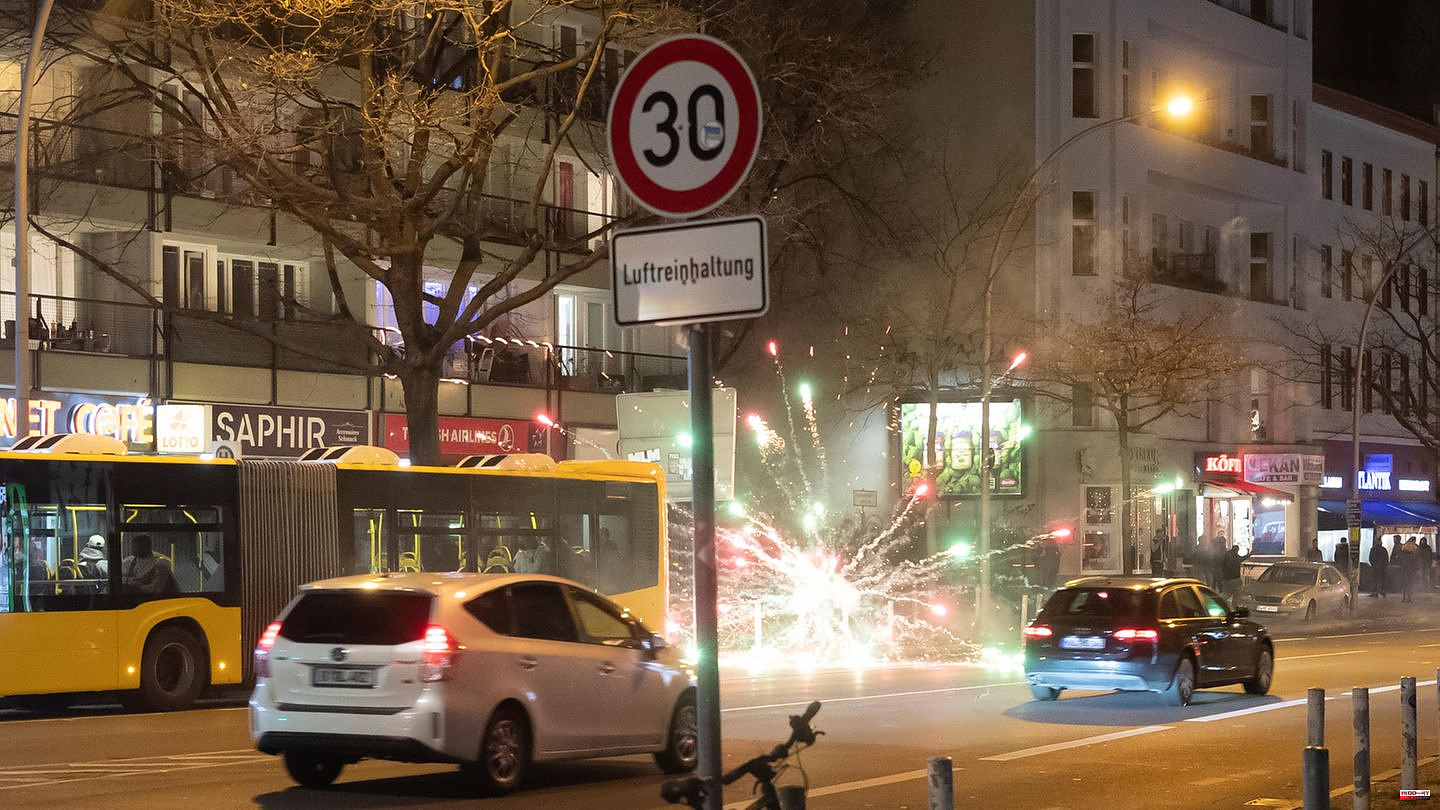 After the events on New Year's Eve, there is a heated debate in politics about how to deal with attacks on the police and fire brigade in the future. The demands range from firecracker bans, severe penalties for so-called "New Year's Eve chaos" or the use of cameras in emergency vehicles. But the real problem may lie deeper and has nothing to do with the bang at the turn of the year, but with a general lack of respect for state organs This is how the German press judged the events.

"Freie Presse" (Chemnitz): Only: these cameras are legally controversial and their recordings have so far only been permitted in isolated court proceedings. Data protection prohibits the filming and saving of the images without a specific reason and against the will of the recorded. Perhaps the solution for emergency services would lie in the rules for using body cameras by the police, which may only be switched on in dangerous situations or for the immediate preservation of evidence.

"Reutlinger General-Anzeiger": The German state must finally show a clear edge. Tolerance is good, but not towards violent criminals - regardless of whether they are from the right or left, of German origin or with a migration background. Here laissez-faire provokes further escalation. The red-red-green Senate in Berlin must finally understand this. He should now demonstratively back the emergency services, equip them with dashcams, ensure accelerated court proceedings and encourage judges to exhaust the penal framework. It is important to set an example here. Otherwise the public outcry will be great again next year.

"Lausitzer Rundschau" (Cottbus): Firefighters, police officers and paramedics were targeted and attacked on New Year's Eve. This is outrageous and disgusting. But the loudly expressed demands from the ranks of the trade unions and the police sound as routine as they are helpless. The rioters were not deterred by the harsher penalties that have been legally possible in recent years. Probably none of the perpetrators know what the new sentence is or what the old one might have been. If an act has no consequences, it doesn't matter how severely it is punished.

"Rhein-Neckar-Zeitung" (Heidelberg): However, the majority of people behaved in a completely civilized way even on New Year's Eve 2022, neither frightening pets nor threatening the neighbors. And most of them could also read an instruction manual, which is why they didn't put the firecrackers in their mouths before throwing them away. Most people are completely normal, recognize a danger. Therefore, the question arises as to whether everyone should be punished because a few behave insanely. In addition: A firecracker ban would have to be enforced in the same way as the severe penalties that already exist today. Anyone who physically attacks a police officer, for example, risks a prison sentence of at least three months to five years. It would probably be best to enforce these penalties and trust in the setting of an example. Presumably, it would soon not be calm, but sanity would have returned.

"Wiesbadener Kurier": If the New Year's Eve fireworks were banned, the violent criminals would look for other opportunities to reduce their aggression. What really helps against violence are harsh, no: very harsh punishments against the perpetrators. On another sheet is the question: why does the banging have to go on for two days? Wouldn't it be enough to limit noise and air pollution to just after midnight? For animals, New Year's Eve and the days before are the worst time of the year. Banning firecrackers outside of the actual fireworks would at least alleviate the suffering of the animals.

"Stuttgarter Nachrichten": What happened in Berlin and other cities at the turn of the year is only the extreme form of a trend that has been around for years. Not only is there less respect for the police, but also for all those who put out fires or care for the injured. This can have fatal consequences: If the rescuers need police protection for their work, the house just burns down. Or a sick person dies. The helpers are stuck in a terrible conflict: they want to intervene, but they shouldn't endanger themselves if possible. Upgrading the rescue service with protective vests or cameras is of little use. Awareness of rescuers needs to grow again throughout society. But this is a big task that requires a lot of time and ideas.

"Neue Osnabrücker Zeitung": All too often, perpetrators are difficult to identify. The use of small cameras that record the situation at the scene could help. Exaggerated data protection should not stand in the way of this. After all, it's not about undermining privacy in public space, but about documenting crimes. Their consistent and, above all, rapid pursuit made a fundamental ban on firecrackers superfluous. After all, why should an overwhelming majority of citizens, who once a year enjoy the sensible use of fireworks, pay for the stupidity and irresponsibility of a minority?

"Münchner Merkur": Hooded people with weapons, iron bars and willful arson are more of a phenomenon in Berlin and perhaps in some problem areas of other cities. But why should families in Bad Wiessee, Huglfing or Olching no longer be allowed to launch rockets into the sky? It's like football: You shouldn't punish everyone else for the social misdevelopments of a few. But you should fight them yourself. Unfortunately, Berlin in particular has slept here for far too long and even glorified grievances into a cult ("poor but sexy").

1 Strength training at home: pull-up bars for the door:... 2 BVB player: Start into the second professional life... 3 "Queen Charlotte": "Bridgerton"... 4 TV ratings: The Darts World Cup is a ratings hit with... 5 Economy : Labor market stable in 2022 - focus on shortage... 6 Stock exchange in Frankfurt: Dax strong again 7 TV expert: Return to old love: Boris Becker will start... 8 Quiz: "Who wants to be a millionaire?" Contestant... 9 Balanced nutrition: for whom drinking food is worthwhile... 10 Conservation: Bird baths for the balcony and garden:... 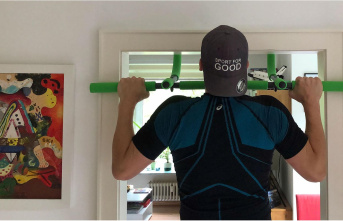 Strength training at home: pull-up bars for the door:...