Deaths from covid have rebounded in Euskadi. 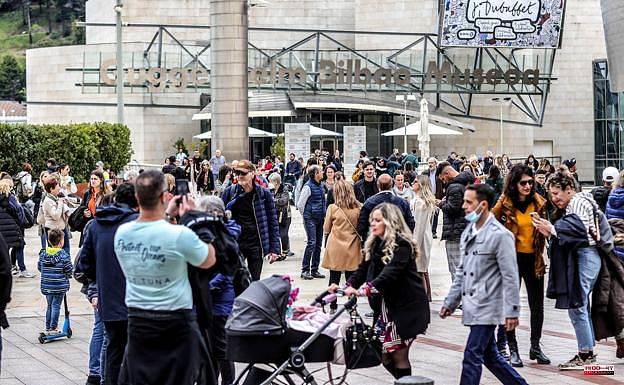 Deaths from covid have rebounded in Euskadi. The Department of Health has notified this Monday a total of 29 deaths from the direct action of the virus between May 6 and 12. This is 9 more than the deaths recorded in the previous seven days and the highest figure since March 7. The increase is a consequence of the progression of the virus in the community, which, although it does not represent a serious condition in the hospital system, shows a slight upward trend and ends up having an impact on mortality figures.

According to the official bulletin, weekly infections have grown again and add up to a total of 6,914 between May 9 and 15. Although the number of official cases is an estimate since Osakidetza stopped carrying out tests in a generalized way and focusing on the population at risk -over 60 years of age, pregnant or immunosuppressed-, the Basque Country has touched 7,000 positives, a volume that is not I've been watching for three months. Some days have exceeded 1,200 infections.

However, to know the real levels of transmission, it is necessary to look at the population over 60 years of age. In this case, the data also show an increase, but to a lesser extent. 59% of the total cases computed during the past week were in their sixties or older people. That is, a total of 4,089, a total of 274 more than in the preceding seven days. In this group, the cumulative incidence at 14 days continues to exceed a thousand cases per 100,000 inhabitants, with a total of 1,147 points.

The social interactions of Easter and the end of masks indoors with the rule that came into force on April 19 have given wings to the pathogen. However, the incidence in hospitals is lower than in other phases of the epidemic due to the effect of vaccination and the increasing number of citizens who have passed the disease naturally. Until yesterday, a total of 336 Basques remained admitted to the plant due to covid. The figure continues to rise in recent weeks, but with slight increases.

And the discharges are increasingly majority and fast. It should be noted that last Tuesday a total of 63 people had to be hospitalized, a figure that had not been seen for weeks. However, in the total calculation, the occupation has only increased by 12 more patients in the last seven days. Hence, in the ICU the situation remains stable. On this occasion, they serve two more critics than a week ago, a total of 10, but it is a level of occupation that has hardly changed since the end of March.

1 Maroto advances that 400 million from the agri-food... 2 Madrid has solvent tenants who cannot find housing,... 3 The Copa del Rey 2023 basketball will be played in... 4 Sestao River-Lleida and Espanyol B-Arenas in the semifinals... 5 Granados (PSOE) asks Feijóo to act to "clean"... 6 Valladolid, capital of biomass 7 11,500 applicants for 1,035 places in the oppositions... 8 Núñez Feijóo visits Ceuta this Tuesday to demand... 9 IN PICTURES | Queen Elizabeth II cheered at the first... 10 The advance of the Toledo POM will be presented, finally,... 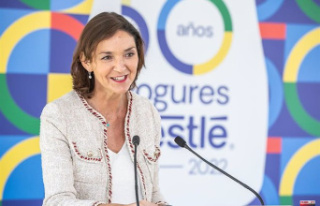 Maroto advances that 400 million from the agri-food...