Deadly fire in Móstoles: "We heard Emilio's cries for help... Then the smoke"

The white walls of the landing on the second floor of number 21 Calle del Río Llobregat, in Móstoles, have changed color. 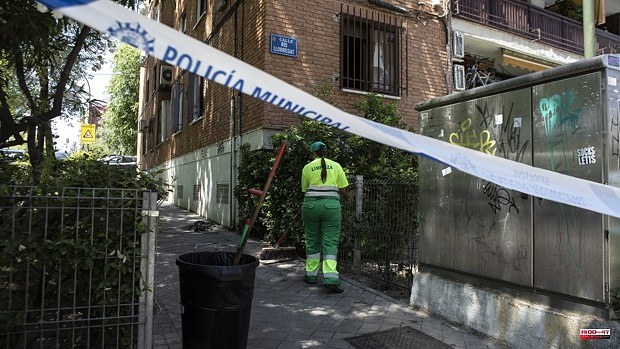 The white walls of the landing on the second floor of number 21 Calle del Río Llobregat, in Móstoles, have changed color. The soot covers, dyeing black, all the protuberances of the gotelé of the room, which shows the damage of the fire that on Sunday afternoon ended Eloísa's life. The clock had not yet marked 5:00 p.m. when the living room of the house began to fill with smoke. The flames quickly spread, breaking through the facade and shattering the window panes, which fell onto the public highway. Inside, Eloísa remained, trapped, despite the attempts of her husband, Emilio, to save her life.

«Everything began to smell of burning and, when we looked out, we heard Emilio's cries for help.

He asked for help to save her. Then, we already saw the smoke under the door », remember, 24 hours after the tragic event, the neighbors of the opposite door. Soon, their eyes water and they want to stop talking. “We are very affected. We had been living door to door for more than 40 years. It has been a tragedy. Imagine losing everything like this, in a moment », they say before returning to their home that, despite the proximity, she has not been affected.

The first alert call at the Emergency Center was received at 4:44 p.m. Firefighters from the Móstoles City Council immediately traveled to the scene, which took only fifteen minutes to extinguish the flames, as it was a small fire. Despite this, the house was affected in its entirety: some rooms by fire and the rest by smoke. They managed to save the life of Emilio, 82 years old, who was taken out of what has been his home for half a century. But inside was Eloísa, of the same age.

When the Summa-112 doctors arrived at the building, they could only confirm the death of the neighbor, whose body was charred. Emilio was stabilized and transferred to the hospital in Móstoles with a moderate prognosis due to smoke inhalation and burns on his hands, probably produced while trying to rescue his wife. They also treated another 72-year-old neighbor for mild intoxication and a 28-year-old man, who was discharged at the scene. The National Police is now investigating the causes of the fire, which could have been started by a poorly extinguished cigarette.

Everyone in the neighborhood knew the couple, although Eloísa had not been seen for a long time due to her mobility problems. “We always saw him going and coming back from shopping. She was well known, she has been linked to the Popular Party all her life and she was aware of all the demands of the neighbors to move them and try to solve them », says Juan José, a resident of the sixth and manager of a nearby bar.

Luismi, one of the residents of the third, was not at home when everything happened. He and his wife found out about the event through the messages of other residents of the block. “We looked at the cameras we have at home and we could already see smoke. Then the whole house was filled », he says.

From the street, you can still see the remains of a hanging blind, shattered window frames and an unprotected brick ceiling. They are the scars of a deadly fire, the second in just ten days that occurs in a house in Madrid, after the fire that killed a 64-year-old couple in an apartment in Villaverde.

1 The Madrid PP enters electoral mode and will distribute... 2 The hydraulic works of Madrid Nuevo Norte will start... 3 Three million euros and almost a hundred performances... 4 Drama in the kitchens of the Candidates: Caruana's... 5 “In four days my life has completely changed” 6 False eyelashes: user manual to enhance the look 7 Andorra becomes the world capital of high mountain... 8 A judicial setback endangers the distribution model... 9 The tragic life of Laskovyi May, the 'Soviet... 10 The President of the Government, Pedro Sánchez, when... 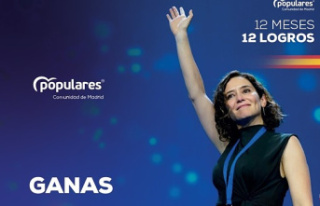 The Madrid PP enters electoral mode and will distribute...