De Prada changes the step of the National Court: he rejects forgiveness as a requirement in the permit for an ETA prisoner

The associations of victims of terrorism feared it and it has already begun to happen. 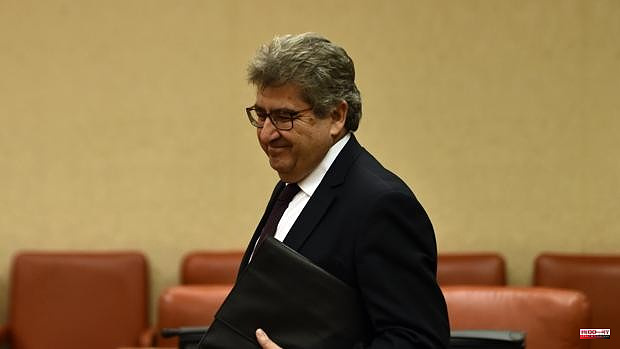 The associations of victims of terrorism feared it and it has already begun to happen. It is known that the opinion of Judge Ricardo de Prada is less restrictive regarding prison benefits for ETA prisoners than that of his predecessor in the court of the National High Court that resolves these matters, Concepción Espejel. But until now, there was no evidence that he had ruled on any of them. The first arrives in a car to which ABC had access and that recognizes an ETA prison permit that was denied for not apologizing to the victims. For De Prada, this criterion, which until now prevailed, is by no means essential.

This is ETA prisoner Gorka Loran, who is serving a 20-year prison sentence in Álava prison for various terrorism offences, including attempted murder.

In the second degree, on December 19, 2018, he served three quarters of the sentence and on the same date in 2o23 he will have fully paid it. Last December, he requested an exit permit that had the endorsement of the center's Treatment Board, but the Central Court of Penitentiary Surveillance of the National High Court denied it: "the inmate's written file does not show his repentance and request of forgiveness to the victims”, said that resolution, which was based on the criteria set by the Criminal Chamber.

But that criteria has changed to June 3, 2022, the date of the car. «The circumstance expressed that there is no written record of an inmate expressing his repentance and requesting forgiveness from the victims, is not at all a legal requirement for obtaining prison permits and his only possible admissible assessment at this time is purely indicative ( not as an obligation) of a good prison evolution, which is also deductible from other elements, ”says the resolution signed by De Prada.

It adds that in addition to having a "positive assessment" of the penitentiary center "through daily observation of its progression and behavior", from "the affirmed non-application of forgiveness to the victims of its acts, it must be indicated that no victims appear of his criminal activity, since he was not sentenced for any death or injury to any person, but for placing an explosive device that did not explode, the acts being classified as attempted murder.

The resolution, however, is also based on a manuscript provided by the defense of the ETA member in his appeal and that he wrote from prison in the first person, arguing that after these years in prison he has "reflected and matured" and no longer thinks as when committed those crimes.

«I am aware that the organization to which I belonged caused a lot of suffering to many people, and I have the need to recognize that suffering. Because, although the crimes I committed did not cause direct victims, I feel the pain of all the victims that ETA caused. A pain and suffering that I deeply regret," says the prisoner's letter.

He adds that he has recently heard "opinions from ETA victims who say they feel offended and humiliated by some statements and acts." "I will not be the one to contribute to that offense or humiliation, because I am empathetic with the pain they have suffered and I want to do everything possible to try to alleviate and repair it."

For De Prada, "any approach to said writing must be made from a comprehensive reading of the meaning of its strict terms, as they are expressed, without prejudice and with human respect, as expressive of a firm and repentant position in the face of violence, crimes committed and the victims and a state of mind that overcomes a criminal past.

«In no way, then, can this writing be valued negatively or contemptuously, thus transmitting to the prisoner a message of disapproval, misunderstanding or rejection, but on the contrary, a positive criticism should be made that serves to strengthen his clearly expressed position of intense search for resocialization and social reintegration by the inmate”, he concludes.

The writings like this that was attached to the appeal were reviled over and over again by the First Section of the Criminal Chamber, which understood that they were standardized templates used by ETA prisoners - according to a case opened in the same National Court, in a coordinated manner- to pave the way for prison benefits that would not have been earned.

The Public Prosecutor's Office of the National Court, in fact, has appealed more than half a dozen of these cases and those resolved, since the Penitentiary Surveillance Court has yet to rule on several, stopped exits and progressions of grade precisely because of that questioning of the veracity of the terms expressed by the prisoner. In this specific case of Gorka Loran, he opposed the appeal and asked to confirm the denial of the permit.

The First Section, however, grants it. He agrees to revoke the denial of his temporary release from prison and decides that "the permit granted to the inmate is appropriate."

1 Japan and NATO increase ties in the wake of Russia's... 2 US-backed Syrian Kurds will turn to Damascus in case... 3 To deepen relations, Australian leader visits Makassar... 4 Justice keeps the rapist of Igualada in provisional... 5 Dismantled a sexual exploitation organization after... 6 Massive collapse of part of the viaduct linking Lugo... 7 The Council of Guarantees rules that the Catalan language... 8 Madrid will have 2,000 new affordable rental homes... 9 The PPdeG urges the opposition to overreact to devalue... 10 The Oceanogràfic de Valencia, among the five favorite... 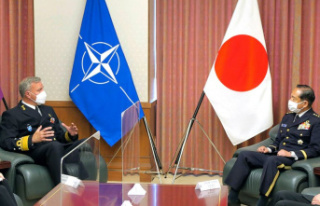 Japan and NATO increase ties in the wake of Russia's...