Washington's Metro system pulled nearly half of its trains out of service Monday morning due to a problem with the wheels. The issue was a result of a serious derailment last week. This ruling will make daily commutes more difficult for thousands of riders and may delay the National Transportation Safety Board's investigation into the matter. 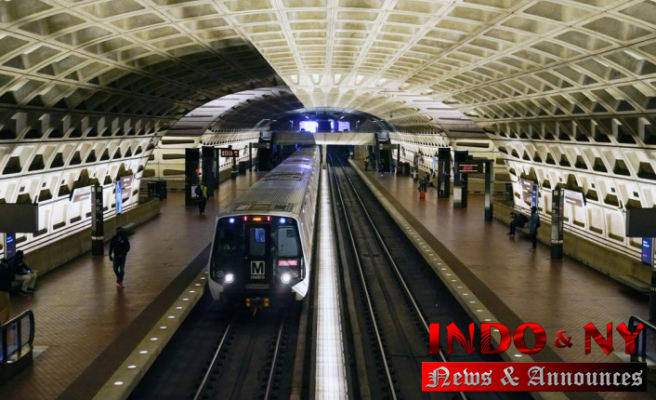 Jennifer Homendy, Chair of the NTSB, told reporters Monday that a design flaw was discovered which caused the wheels of the trains to be too wide on their axles. This allowed the carriage to slide off the tracks.

Homendy stated that they are still at the preliminary stage in their investigation and were just trying to gather data and information. This could have led to a catastrophe."

It was not immediately clear whether other regional commuter systems use the same rail car model. Homendy stated that the NTSB may "at some point" make a recommendation to inspect all train cars similar across the country.

She said, "If you're a transit agency in the United States and are listening, make sure that you're checking your cars aswell."

Homendy stated that the rail system knew of the problem since 2017, but had not informed the NTSB. This year, there were 39 of these failures.

Paul J. Wiedefeld is the general manager of Washington Metropolitan Area Transit Authority. He oversees the D.C. regional transport system. He apologized for the inconvenience and stated that the cars would be out of service through Sunday, if not longer.

Wiedefeld stated that he wanted to "reassure our customers that safety drives every decision being made," and that his agency would "continue to work hand-in-hand" with the NTSB.

WMATA stated that it has been working with Kawasaki since 2017, but did not provide any details.

The company did not return a phone call or email for comment.

A train car that was traveling on Metro's Blue Line near Arlington National Cemetery slipped off the tracks last week due to a wheel problem. Homendy stated that the car apparently had derail once, then connected with the rails again by itself before causing another accident. Some passengers were trapped inside a dark train car tunnel and had to be evacuated by foot.

The safety ruling already caused delays in commutes throughout the nation's capital, as well as the intertwined communities in northern Virginia and south Maryland. Social media users reported that commuters were experiencing delays, with some waiting up to 45 minutes for trains, and crowding into any space available.

WMATA has been trying to attract more riders since ridership dropped due to the COVID-19 epidemic. The overall rider count is still at 30%, but it is expected to rise steadily as more offices reopen and more tourists return to Washington.

Kawasaki supplies trains to the Metropolitan Transit Authority of New York City. A spokesperson for the MTA stated that New York's Kawasaki trains are different from those in Washington. Eugene Resnick, the spokesperson for MTA, stated that his agency would continue to work with Kawasaki in order to maximize safety and closely follow the results of investigations by the NTSB, D.C. Metro, and other agencies.

Chicago has a train car set also called the 7000 series. However, the Chicago Transit Authority stated that the cars were made by another manufacturer and they are not being retired from service.

Stephany Fisher, spokeswoman for Atlanta's commuter rail system, stated that they will "check a percentage railcars to search for similar anomalies out-of-an abundance of caution."

However, the Atlanta system does not use Kawasaki trains and Fisher stated that no schedule disruptions or suspensions are anticipated.

This incident will shine a potential harsh light on WMATA. It is a regional transit authority that suffered a series of embarrassing and dangerous track fires and derailments several years back, but claimed it had remediated its problems.

Since 2015, the rail cars have been in Washington.

1 Kanye West was once known as Rapper. Now he is just... 2 EPA announces strategy to regulate toxic forever chemicals' 3 In the trial for Ahmaud's death, jury selection... 4 Strikers protest Haiti's lack security following... 5 Disqualifications lead to the dismissal of a top German... 6 Trump is questioned by a lawsuit regarding the crackdown... 7 Maduro's ally appears before a courthouse to... 8 LA County wants Vanessa Bryant psychiatric examined 9 Hezbollah leader declares his group has 100,000 fighters 10 Regulator says GameStop mania has severely tested... 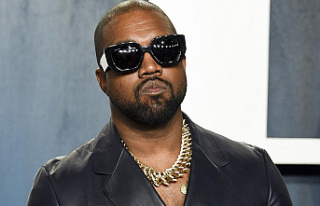 Kanye West was once known as Rapper. Now he is just...