He attributes the problems to fill vacancies to the working conditions in some sectors such as hospitality and agriculture. 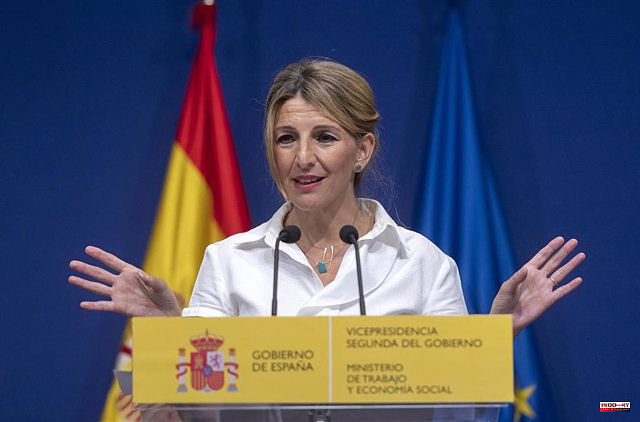 The Second Vice President and Minister of Labor and Social Economy, Yolanda Díaz, has advanced that the unemployment data for the month of May "will be very positive" and has advanced that she will convene employers and unions next Monday, May 23 to address the phenomenon of the 'great resignation' in Spain, although it has pointed out that there is currently no significant impact in the country, since the proportion of vacancies stands at 0.7%.

"We are showing that things can be changed", highlighted the second vice-president during the inauguration of the forum 'The work of the future and the future of work', organized by Prisa's Retina.

The concept of the 'great resignation' refers to a trend that began in the United States in the second half of 2021 and continues today, whereby workers leave their jobs voluntarily for various reasons.

"Work cannot become, as is happening in many activities, a place of suffering," the vice president stressed.

However, Díaz has assured that in Spain there is no great complaint or resignation as in the US and has recalled that there are currently some 109,000 vacancies concentrated in sectors such as hospitality, commerce and highly qualified positions.

As a comparison against Spain (0.7%), the head of employment has indicated that the average of the European Union in terms of vacancies is 2.5%, while in countries such as Germany it reaches 3.8%. "I want to send a message of calm. In Spain there is no problem of resignation," she stressed.

Despite this, the vice president wanted to analyze the reasons why these jobs are not covered in sectors such as hospitality or agriculture. In reference to the field, the person in charge of employment has indicated that the working conditions are "extremely hard" and the remuneration and health conditions "are complex". "You must be able to work in the countryside and live with dignity in the countryside," she stressed.

Regarding the problems in filling vacancies for highly qualified positions, Díaz pointed out that they are working on collective synergies between the University and companies to diagnose labor and training needs and to be able to fill the positions that are required.

Regarding technological progress, the minister has conveyed her positive view of the process that has already begun throughout the world. All in all, she has warned that there will be jobs that are going to be destroyed and will disappear, but she has assured that there will be, at the same time, a substitution effect to cover jobs linked to digitization and new technologies.

"My vision is that digitization is positive for the world of work, but we have to make changes and investments so that workers are at the heart of the process, guaranteeing their rights," he stressed.

Asked about the "end of work" theory, the minister clarified that she does not agree with it, although she did defend that there is room for improvement in labor matters.

"That idyllic world in which very extreme ideological positions converge, both on the right and on the left, is especially idealistic," he acknowledged.

Faced with this, the vice president has influenced her defense of internal flexibility and has indicated that the law of uses of work is based on agreeing times and days, making bags of hours or being able to have leave not only for care, but also for training, for example. In addition, she sees this as "combinable" with universal income.

1 The big industry asks France to pay the gas adjustment,... 2 The Government will approve next Tuesday the new aid... 3 Calviño clings to the recovery of employment to guarantee... 4 The stowage of the Port of Bilbao caresses the agreement... 5 Reshuffle: Laurent Berger calls on Elisabeth Borne... 6 They denounce that the Valencian Community needs 1,617... 7 Nine detainees in Villajoyosa from a family clan that... 8 Seized 1,500 kilos of cocaine, in a cardboard shipment,... 9 The Salamanca Provincial Council approves the provincial... 10 The weather in Valencia: temperatures by days in the... 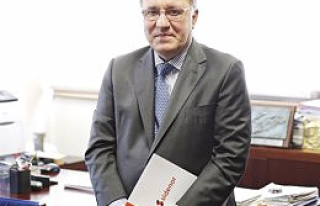 The big industry asks France to pay the gas adjustment,...