Darvin Ham, a rookie to refloat the Lakers

The Los Angeles Lakers chose Darvin Ham, current assistant in the Milwaukee Bucks, as a new coach to revive the team after its catastrophic last season, US media advanced this Friday. 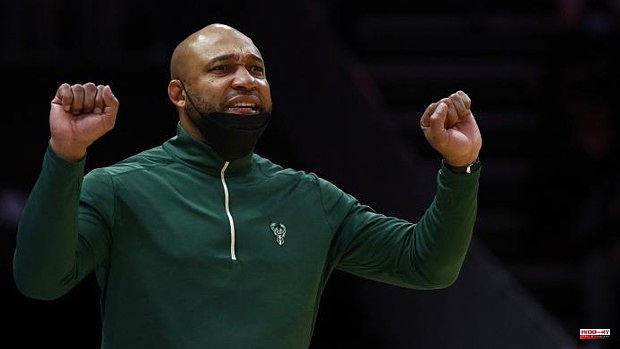 The Los Angeles Lakers chose Darvin Ham, current assistant in the Milwaukee Bucks, as a new coach to revive the team after its catastrophic last season, US media advanced this Friday.

Minutes after those reports LeBron James, the Lakers' superstar, welcomed Ham to the team via Twitter.

"I'm excited because the Lakers just hired Darvin Ham as their coach. Congratulations!!” said the legendary Earvin 'Magic' Johnson, who is back as a consultant to franchise owner Jeanie Buss.

The Los Angeles bench was vacant since the sudden dismissal on April 11 of Frank Vogel, who led the Lakers the past three seasons.

After a successful 2020, in which they regained the ring after a 10-year drought, the Lakers suffered a game crisis and injuries that led them to miss out on the last playoffs despite having stars like LeBron, Anthony Davis and Russell Westbrook .

The Lakers are now in the hands of Darvin Ham, a former NBA player with no experience as a head coach in the league, who will be given a four-year contract, according to ESPN.

Ham, 48, has served since 2013 as an assistant to Mike Budenholzer both in the Milwaukee Bucks, where they won the title in 2021, and before in the Atlanta Hawks.

He was also an assistant for the Lakers between 2011 and 2013, being part of Mike Brown's coaching staff, and as a player he played for six teams and won the 2004 title with the Detroit Pistons.

The general manager of the Lakers, Rob Pelinka, began the process of substituting Vogel days after the end of the season, in which they finished in eleventh place in the Western Conference without even qualifying for the playoff playoffs ('play in' ), with a balance of 33 wins and 49 losses.

At first it was reported that the Lakers were interested in getting a coach with extensive experience but the main candidates, such as Quin Snyder (Utah Jazz) and Doc Rivers (Philadelphia 76ers), had contracts in force with their franchises.

The process then turned to more feasible options and concentrated on a short list of candidates that, in addition to Ham, also included veteran Terry Stotts and Kenny Atkinson.

Stotts, 64, managed the Portland Trail Blazers from 2012 until the end of this season, in which he left the team after also missing the playoffs.

Atkinson, for his part, had an outstanding stint with the Brooklyn Nets (2016-2020) but was surprisingly fired before superstars Kevin Durant and Kyrie Irving arrived at the franchise.

"Ham has differentiated himself in the process over the last couple of days," Lakers sources told ESPN reporter Adrian Wojnarowski. "Ham made a strong impression on the Lakers in a number of ways, such as his championship pedigree, his commanding presence, his record as an all-star coach and his toughness."

Wojnarowski confirmed that one of Ham's main tasks will be to weave Westbrook's play into the running of the team, which revolves primarily around LeBron James and also Anthony Davis.

The lack of adaptation of Westbrook, a point guard with little impact in the game without the ball, was one of the keys to the failure of last season, along with injuries and the configuration of the squad.

Beyond this change on the bench, the Lakers have very little room to maneuver to strengthen themselves in the transfer market since they gave up their main pieces of trade a year ago to acquire Westbrook.

Ham will be the third coach to lead LeBron James in Los Angeles, who will start his final season with the Lakers at the age of 37.

James, who wants to fight for his fifth ring, aspires to remain active until he coincides with his son 'Bronny', who could reach the NBA in 2024.

1 A colossal Jimmy Butler forces Game 7 in the Eastern... 2 Video. Biarritz, a professional mermaid who was invited... 3 Elections in Colombia: Petro, the power of change... 4 Environment. Extinction Rebellion blocks Stocamine... 5 More than 3,000 runners dye the Castellana with the... 6 Tudanca, before the municipal: "We have no right... 7 Murders, rapes and prostitution: the criminal face... 8 Fair Trade Festival in Valencia: program of activities... 9 The Netón of the 'green berets' or the... 10 Mazón: «The left is incapable of understanding that... 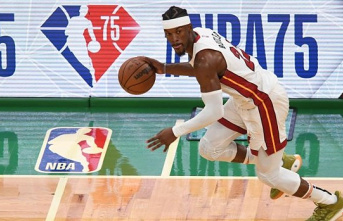 A colossal Jimmy Butler forces Game 7 in the Eastern...