Darío Villanueva: "In politics people have always lied, but not like now"

Darío Villanueva (Villabáñez, 1950) recounts that -for him- it all began in the early 1980s when he enjoyed several stays as a university professor in the United States. 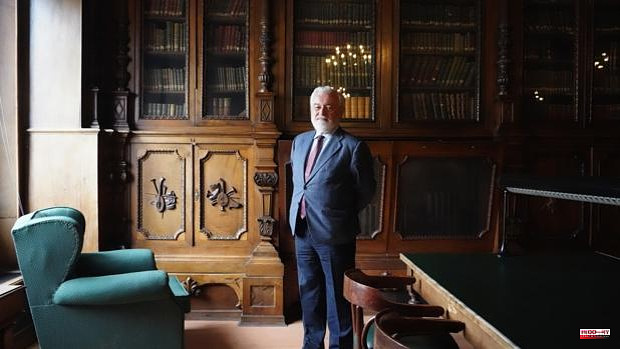 Darío Villanueva (Villabáñez, 1950) recounts that -for him- it all began in the early 1980s when he enjoyed several stays as a university professor in the United States. There he began to become obsessed with the different forms of modern censorship and to cultivate the germ that would culminate in the publication of the essay 'Bite your tongue: political correctness and post-truth' in March of last year, with which he won the prestigious Francisco Umbral award. «I remember that an atypical form of censorship was beginning to emerge on American campuses, which did not come from power, from a dictatorial political regime or from the different churches -which continue to exercise it-, but from a gaseous entity identifiable as civil society. », explained the scholar at the Círculo de Recreo in Valladolid, flanked by María España Suárez, president of the Francisco Umbral Foundation, and Carlos Aganzo, member of the award jury and director of the ABC Culture Classroom.

In 'Morderse la lengua', Villanueva talks about that, of being silent not out of caution or free will, but because of the imposition of peers. «Suddenly, a group, a tendency or an idea decides that something has to be censored, that it cannot be said, thought or done. That is what we are facing today », the writer continued while he assured that those campuses« are now unlivable for a citizen who considers himself free ».

All this, in his opinion, affects what is said or done and gives rise to phenomena, "a consequence of political correctness", in which "you cannot speak or identify with a culture that is not your own, because if you do it you are exercising cultural appropriation”, he criticized.

Likewise, Villanueva has pointed out that we are at a moment in which the two issues addressed in his book are "in the limelight." On the one hand, the manipulation of reality through the so-called post-truth. That is, the postmodern lie. And, on the other, the political correctness that he calls censorship.

However, his greatest concern in the face of this phenomenon is that it has found a very good reception in the verb and the political act. "We are seeing elections in countries with a formally democratic regime that lead to a profound distortion of democracy," he warned, returning to the American case: "We have seen it hatch in an amazing way with Donald Trump, who came to issue 32,000 lies from the House Blanca”, he underlined to show his concern: “In politics people have always lied, but not like now, as an instrument of political action”, he insisted.

Although all is not lost, he considers himself optimistic and assures that despite "living in a stage of weak thought, of a liquid society and concerned with emotional intelligence", one can reveal oneself by "not biting one's tongue" against "relativism". absolute", which "is incompatible with human existence and society".

1 Arrested in Barcelona another member of the Pakistani... 2 The five festivals in Galicia that you cannot miss 3 Solidarity days of Mountain in Castillo de Bayuela... 4 "Cowards. I will never forgive you »: a teacher... 5 The proclamation of Ángel Felpeto opens the most... 6 The EvAU exams start at the UCLM without incidents... 7 Page believes that "convergence" is necessary... 8 Scholz insists that the priority is to avoid a direct... 9 These are the cheapest daylight hours this Thursday 10 This is the Treaty of Friendship and Cooperation that... 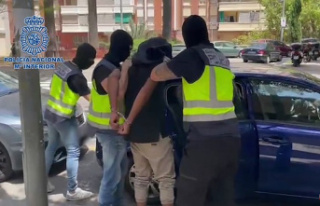 Arrested in Barcelona another member of the Pakistani...