Damiano Tommasi, from playing for Levante to becoming the mayor of Verona without giving a single rally

The victory of the center-left in the second round of the municipal elections in Italy has managed to conquer cities that have not been governed for decades, as is the case with the Verona of Romeo and Juliet. 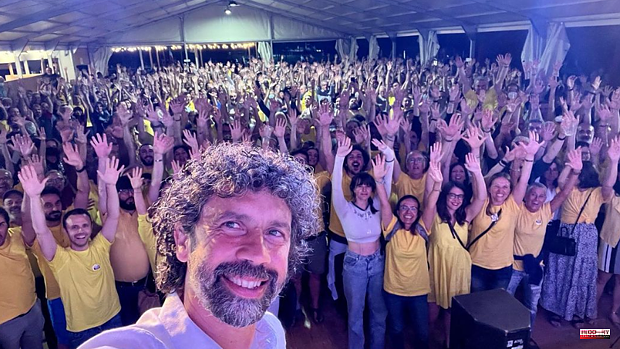 The victory of the center-left in the second round of the municipal elections in Italy has managed to conquer cities that have not been governed for decades, as is the case with the Verona of Romeo and Juliet. There, an economist, a lawyer or an executive with political training has not won, but a footballer, Damiano Tommasi, who became captain of Roma and wore the Levante Unión Deportiva shirt for three years.

Born in the small town of Negrar, this former player who became an international with the Italian national team and a key player in the 'Azzurra' of Fabio Cannavaro, Gianluigi Buffon, Francesco Totti, Paolo Maldini and company, was elected this Sunday as the new mayor Verona, historically considered a bastion of the right.

At the head of a coalition supported by center-left parties, M5S, Europa and Azione, Damiano Tommasi won with 53.40% of the votes, ahead of his main opponent Federico Sboarina, from Brothers of Italy. This is his first political experience after leaving his position as president of the Association of Italian Soccer Players.

The legendary coach Fabio Capello coined him as an "atypical" player, a condition that he has extrapolated to his new political facet. From being "an interior that moved in an undefined area of ​​the field", as the former Real Madrid coach defined it, to conquering the mayor's office of Verona without offering a single rally, focusing on walks through the different neighborhoods of the city, in Talk to your neighbors face to face and avoid any kind of controversy with your rivals.

“It has been a challenge, but it has been worth it. It was exciting and beautiful », acknowledged Tommasi in a letter of thanks posted on his Instagram account after election night. «We try to propose a different model of doing politics, more civic, authentic and participatory. Something magnificent and simple that today few are committed to putting into practice: listening », he underlined.

Despite his sports profile, Tommasi has always been remarkably committed to different political causes throughout his career. In 2001 he received the 'Altropallone' National Award for his social commitment and since then he has not neglected his participation in campaigns against racism and violent attitudes on soccer fields.

Tommasi, 48, played 25 games for the Italian national team between 1998 and 2003. He played for Hellas Verona, his training club, and Roma, with whom he won the Italian championship in 2001. After his career As a player, he presided over the players union (2011-2020) and also applied, unsuccessfully, to be the coach of the 'Azzurri' in 2018, beaten by Roberto Mancini.

1 Torrejón, prepared for the NATO summit: 28 delegations,... 2 Silván trusts that the PP leadership "will not... 3 A woman dies run over by a van in Zamora 4 France asks to allow Iran and Venezuela to return... 5 Until when can the income statement be made? 6 "Lewandowski wants to show that he is better... 7 The Iacobus Maris unfurled sails in Genoa 8 Tomás de Perrate: «We must continue in the classic... 9 Ence projects in As Pontes a complementary plant to... 10 The Galician PP does not close to reforming the Statute... 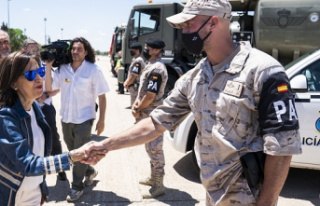