The sprinter gives Italy the first victory in the Giro on his 11th stage. 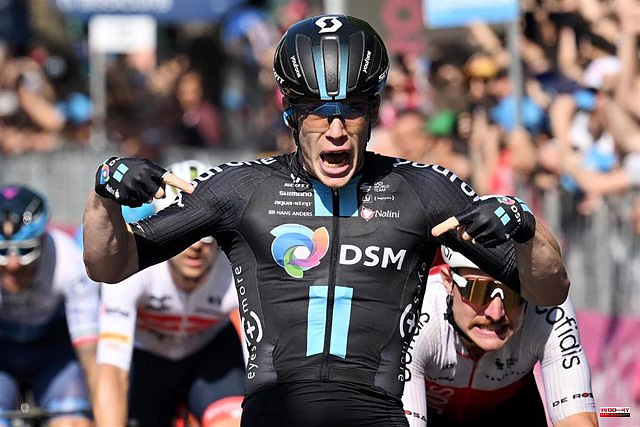 The Italian cyclist Alberto Dainese (Team DSM) has won this Wednesday the eleventh stage of the Giro d'Italia, disputed between Santarcangelo di Romagna and Reggio Emilia over 203 kilometers, by snatching Fernando Gaviria (UAE), who did not see it coming, almost over the line to the transalpine

The long straight towards the finish line revealed a great sprint, without crashes or scares on a generally placid day. In the final fight, Gaviria was able to defeat the great favorite Arnaud Démare (Groupama-FDJ), but he did not see a Dainese arrive behind him who, at 24 years old, achieved his third professional victory and the most prestigious.

Dainese, who made a second and two third places in La Vuelta 21 --his first 'Grande'--, can say that he is a stage winner in the Giro and, in addition, on the eleventh day, he is the protagonist of the first victory national in the 'Corsa rosa', which continues to be led by the Spanish 'Juanpe' López (Trek-Segafredo).

This time, the two 'beasts' who made a hobby of their pulse in the previous stage, were not in the running. The Dutchman Mathieu van der Poel (Alpecin-Fenix) did not get into the fight, too open and after a transition stage, and the winner Biniam Girmay (Intermarché) could not take the start due to eye discomfort as a result of the 'champanazo ' from the podium.

The current leader of the regularity and wearer of the 'cyclamen jersey', the Frenchman Démare, were in contention, who finally was fourth behind Dainese, Gaviria and Simone Consonni (Cofidis), who also entered 'in extremis' in the ointment. This time Caleb Ewan (Lotto Soudal) and Mark Cavendish (Quick-Step) were fifth and sixth respectively.

In a day focused one hundred percent on the sprint fight for the stage victory, there was a second 'winner'. It was the Ecuadorian Richard Carapaz (INEOS Grenadiers), who obtained a 3-second bonus in the intermediate sprint in San Giovanni in Persiceto that allowed him to overtake Romain Bardet (Team DSM) and Joao Almeida (UAE Team Emirates) in the provisional general classification and place second so far for 'Corsa rosa'.

There were two escape attempts in this eleventh stage. The first, led by the Italian duo Filippo Tagliani (Drone Hopper - Androni Giocattoli) and Luca Rastelli (Bardiani-CSF-Faizanè), caught 92 kilometers away, far from the finish line. And, alone and in the absence of 58 for Reggio Emilia, it was tested by former Belgian champion Dries de Bondt (Alpecin-Fenix), whose pulse with the peloton lasted until the last 1,200 meters, when he was gobbled up.

This Thursday, stage 12 will have Parma and Genoa as co-stars, which will be the start and finish of a day of 204 kilometers and a half mountain that looks good for a breakaway. The long but smooth and extended Passo del Bocco marks the halfway point of a stage that includes, about 30 kilometers from the finish line, the Valico di Trensasco (3rd) to make a difference on the day.

1 Tim Stützle's tournament over? 2 A first since Martin St-Louis? 3 Rebecca Marino on the threshold of the Porte d'Auteuil 4 Red Cross presents the 2022 Gold Draw campaign, which... 5 A woman is injured after falling with her car over... 6 Five possible scenarios and more than 200 people,... 7 A "great procession" with twenty steps,... 8 The European Parliament sees problems in the credentials... 9 Legislative: LREM candidate Jérôme Peyrat announces... 10 The women's and men's soccer teams of the... 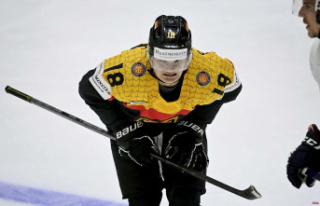