Curry leaves the Warriors one step away from the final

Stephen Curry had a spectacular night to guide the Warriors in their 109-100 victory over the Dallas Mavericks on Sunday, which puts the Golden State team ahead 3-0 in the final series of the NBA Western Conference. 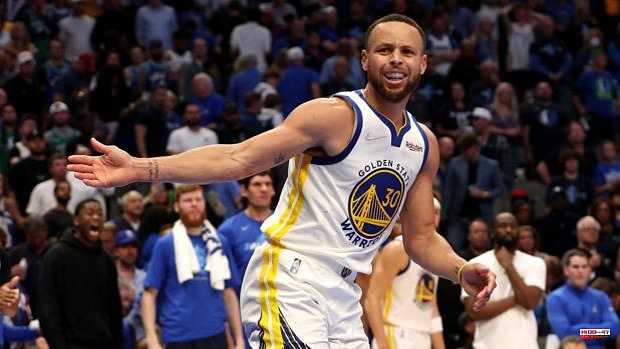 Stephen Curry had a spectacular night to guide the Warriors in their 109-100 victory over the Dallas Mavericks on Sunday, which puts the Golden State team ahead 3-0 in the final series of the NBA Western Conference.

The Warriors star shone on the court with 31 points and 11 assists, followed by Andrew Wiggins, who overflowed with 27 points, and Klay Thompson with 17 points and seven sacks.

On the other hand, the Mavericks were unable to take advantage of the magic of Slovenian Luka Doncic, who once again stood out offensively with 40 points and 11 rebounds in the rebounding fight.

The fourth game of the series will be played on Tuesday at the same venue as the American Airlines Center in Dallas, Texas.

The winner of the series will face the Eastern Conference champion in the NBA finals, which is played by the Miami Heat and the Boston Celtics, currently led by the former 2-1.

Of Klay Thompson's 19 points, six of them were thanks to a pair of great 3-pointers in the fourth quarter, at which point the Warriors rallied to victory and were one win away from returning to the NBA Finals, three years after the end of a streak of five consecutive trips that gave him three championships.

Golden State, which swept Portland in its most recent West finals in 2019 before Toronto won the title, will look for the Game 4 sweep Tuesday at Dallas. No team has ever recovered from a 3-0 deficit to win an NBA playoff series.

3-pointers were a disaster for the Mavericks on a difficult night in this regard, as they missed their first seven and finished just 13-for-45. Reggie Bullock and Maxi Kleber, two long-range specialists from Dallas, missed all 12 of their combined 3-pointers and went 0-15 overall. Both went scoreless while Spencer Dinwiddie had 26 off the bench. Jalen Brunson contributed 20 points.

The Warriors extended their NBA record with their 26th consecutive series in which they won at least one game on the road.

One of Dinwiddie's 3-pointers put Dallas within five points with 1:15 remaining, but Jordan Poole answered with another from the left wing just inside the final minute.

The tensest moment of the game came late in the first half after a 3-point corner kick by Curry, who capped an 8-0 run that put the Warriors ahead by one point and helped them take a 48-47 halftime lead.

After a 19-9 offense in the third quarter allowed the Warriors to take off with an 11-point difference (67-56). Finally, the quarter ended in favor of Golden State 30-21 to lead the game at that time 78-68 and everything was ready to continue looking for the final victory.

1 Lanzarote returns with enthusiasm to the European... 2 Alpine CEO sows doubts about Alonso's future 3 Mbappé's house in Madrid, the power of his mother... 4 Where is Lester Lescay?: Cuban athletics is bleeding 5 Atlético finishes third and Villarreal will play... 6 Life sentence for the Russian soldier who killed a... 7 Two Spanish sisters are murdered in Pakistan to "wash... 8 Biden warns that the US will respond militarily if... 9 Turn of the screw in Afghanistan: TV presenters forced... 10 Language and identity: the other war in Ukraine 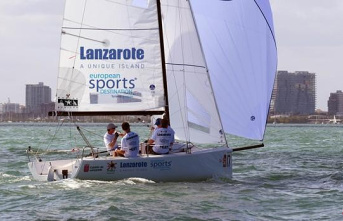 Lanzarote returns with enthusiasm to the European...