On May 27, the XXI Summit of ALBA-TCP (Bolivarian Alliance for the Peoples of Our America- Peoples' Trade Treaty) met in Havana, an attempt by Havana to counteract the IX Summit of the Americas, which will have place in Los Angeles, California, United States, starting next June 6 and to which Cuba, Venezuela and Nicaragua were not invited. 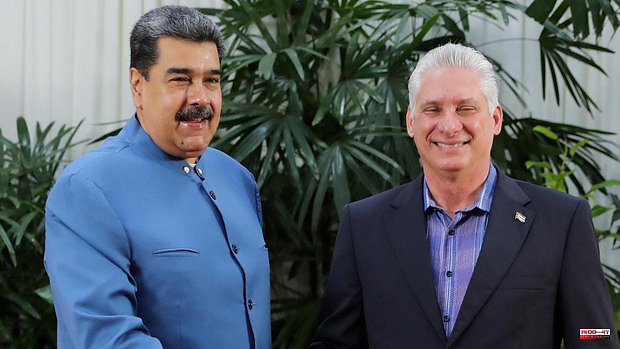 On May 27, the XXI Summit of ALBA-TCP (Bolivarian Alliance for the Peoples of Our America- Peoples' Trade Treaty) met in Havana, an attempt by Havana to counteract the IX Summit of the Americas, which will have place in Los Angeles, California, United States, starting next June 6 and to which Cuba, Venezuela and Nicaragua were not invited. The central point of the meeting was, precisely, the exclusions of these countries.

“Without a doubt, it is a counter-summit and it sought to boycott the OAS summit,” Antonio Rodiles, an opposition activist and coordinator of the Estado de Sats project, told ABC. For his part, the lawyer and independent journalist René Gómez Manzano considers it more accurate to say that, instead of a response to the Summit of the Americas, an attempt was made to "coordinate the positions of the member countries before a Summit of the Americas to which several of them have not been invited».

ALBA-TCP is made up of just 10 of the 33 nations of Latin America and the Caribbean: Cuba, Nicaragua, Venezuela, Bolivia, Antigua and Barbuda, Dominica, Granada, Saint Kitts and Nevis, Saint Vincent and the Grenadines, and Saint Lucia. . For this reason, for Gómez Manzano, «the 'ALBA Summit' should be qualified because, in addition, in short, only three leaders came: Maduro (Venezuela), Luis Arce (Bolivia) and Ralph Gonçalves (Saint Vincent and the Grenadines). ». To the latter, by the way, the Cuban president, Miguel Díaz-Canel, presented him with the highest distinction of the Government, the José Martí Order, the same decoration that he presented less than a month ago to Andrés Manuel López Obrador during his visit to the island; shortly after, AMLO assured that he would not attend the OAS Summit if all countries were not invited.

For several days, the Cuban regime has expressed its tantrum over exclusion and leaders from Mexico, Chile, Bolivia, Argentina and Guatemala have issued their claims. However, Díaz-Canel went so far as to affirm that "in no case" would he attend.

On the other hand, the Biden Administration has indicated that respect and commitment to democracy would be the factor in deciding which nation would be invited or not. The White House began sending out the invitations last week and came to assess the possibility of a representation from the island attending, as long as it was neither the Minister of Foreign Affairs, Bruno Rodríguez Parrilla, nor the Cuban president.

Representatives of Cuban civil society on the island and in exile have been invited to the OAS Summit. Such was the case of the activist Saily González. "Cuba has been invited to the IX Summit of the Americas, only that the guests are those of us who want democracy and respect all the rights of all Cubans and not those who present, as the only options, Socialism or Death" Gonzalez wrote on Twitter.

However, as a way to prevent her from attending the appointment, the former member of the Archipelago group, who lives in Santa Clara, was already warned by the political police that she would not be able to pick up her visa-approved passport at the United States Embassy in Havana. For this, they alleged that he was under "police investigation" due to an accusation of "illicit economic activity" and "reception". Since then, she remains arbitrarily - because the law does not establish it - under police surveillance and house arrest.

Cuba was expelled from the OAS in 1962 in the midst of the Cold War, due to its relations with the USSR and its adherence to communist ideology, "incompatible with the inter-American system." It was not until 2015, when Havana and Washington were working on an opening in bilateral relations, that Cuba was invited to the VII OAS Summit, held in Panama; On this occasion, the intolerance of the Cuban regime transcended when its supporters (Cubans organized and financed from Havana) boycotted interventions by those who denounced the dictatorship and even physically attacked some of them.

As expected, the final declaration of the ALBA Summit has been an 'anti-imperialist' demonstration, and an apology for dictatorial leftist regimes, such as those in Cuba, Venezuela and Nicaragua; precisely, dictatorships that, while from their populist speeches advocate "respectful dialogue, tolerance and peaceful coexistence", are characterized by the opposite. Just remember that these are nations with single parties, that persecute and imprison opponents, and that in Cuba there are currently more than a thousand political prisoners just for peacefully protesting demanding human rights on July 11 of last year.

For political scientist and independent journalist Dimas Castellanos, the ALBA event is "a new chapter in the permanent war with the United States, which is nothing more than the regional struggle between authoritarianism and democracy." “This is a show characterized by speeches against the United States. Its weight, if any, lies in the presence of the small Caribbean islands, which respond from a political point of view to the call of Venezuela and Cuba, but their greatest economic dependence is on the United States, with whom they cannot break as it did. Cuba," he adds.

While Cuba is going through the deepest economic crisis in its history, far from freeing the primitive forces and respecting freedoms as a way to lift the country, the Cuban military leadership dedicates "its useless efforts" to "speak ill of the greatest economic power in the world », a «manifestation of the failure of a sinking system», says the specialist.

1 Aeronautics in Gironde is seeking to hire 2 An 89-year-old man dies in a traffic accident in Mota... 3 The bullfighters of Toledo conquer San Isidro and... 4 Haiti: A Frenchman was kidnapped Friday at Port-au-Prince... 5 Direct. Cannes Film Festival 2022: Iranian Zar Amir-Ebrahimi... 6 La Sauce. Accident on the A51: Three vehicles involved,... 7 Thiago falls out of Liverpool's eleven at the... 8 Champions Cup - Stade Rochelais - All in yellow and... 9 The US resigns itself to turning schools into fortresses... 10 Judo: Riner is finally the French team champion 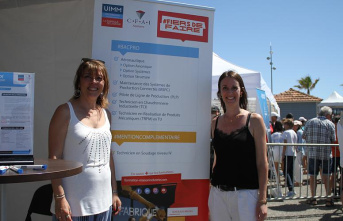 Aeronautics in Gironde is seeking to hire