The body of a victim was extracted on Wednesday from the rubble of the Saratoga hotel in Havana, destroyed on Friday by a powerful explosion, bringing the death toll to 44, local authorities reported. 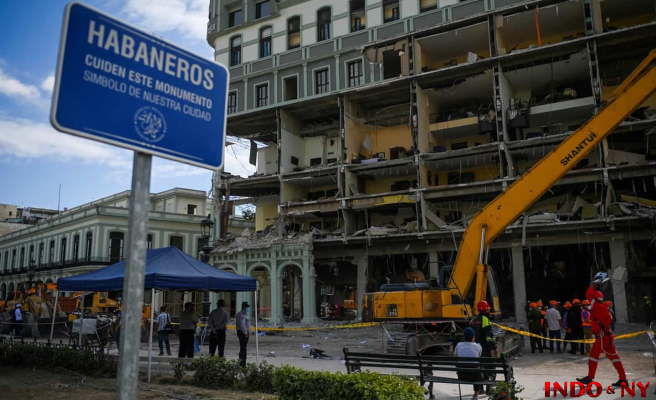 The body of a victim was extracted on Wednesday from the rubble of the Saratoga hotel in Havana, destroyed on Friday by a powerful explosion, bringing the death toll to 44, local authorities reported.

• Read also: The death toll from the explosion in Cuba rises to 43

"This joint work with all the forces has intensified" and "we have already been able to rescue another person," Colonel Luis Carlos Guzmán, Cuban fire chief, told state television.

There are now 44 dead, including four children and teenagers, a pregnant woman and a 29-year-old Spanish tourist.

"Only one person remains" missing, added Colonel Guzmán, stressing that rescuers will continue to work until they find him.

According to the Cuban Ministry of Public Health, the accident also left 54 ​​injured, 16 of whom remain hospitalized, including four minors in critical condition.

Roberto Enrique Calzadilla, representative of the Gaviota tourist company, owned by the Cuban army, told the press on Tuesday that 51 employees were present at the time of the explosion.

Initial findings showed that the structure of the hotel was “80% affected” by the blast, according to Calzadilla.

The Saratoga is known for hosting several celebrities in recent years, including Mick Jagger, Beyoncé and Madonna.

Built in 1880 to house shops, the building was transformed into a hotel in 1933 and became a luxury establishment in 2005.

Tourism is Cuba's main economic activity, after the sale of medical services, and is struggling to recover from the coronavirus pandemic.

1 In Quebec as in the Sahara 2 NATO, from the Cold War to the invasion of Ukraine 3 Semi-automatic weapons remain accessible to those... 4 Class action lawsuit against Gymnastics Canada 5 Demolished by a cyberpredator, it warns teenagers 6 The Celtics at the foot of the wall against the Bucks 7 Panthers put Capitals at risk 8 It's Rosemère's turn to taste the shots 9 First role for Xavier Chalifoux 10 Guylaine Tremblay's show: a life punctuated by... 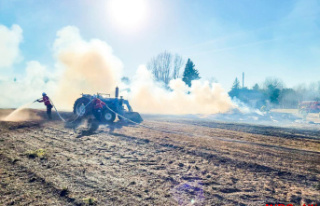 In Quebec as in the Sahara