The Independent Trade Union and Civil Servants Central (CSIF) will mobilize again on June 22 in the face of the “refusal” of the Ministry of Finance and Public Administration to sit down to negotiate the salary increase for public employees. 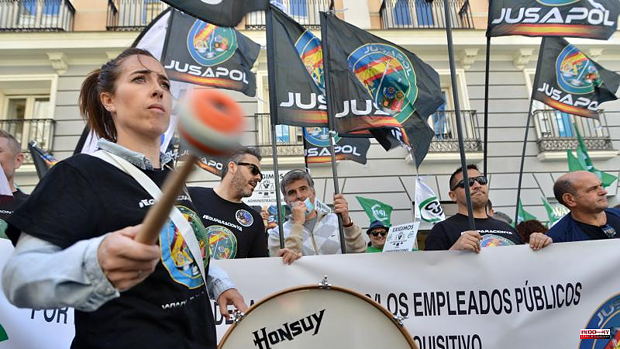 The Independent Trade Union and Civil Servants Central (CSIF) will mobilize again on June 22 in the face of the “refusal” of the Ministry of Finance and Public Administration to sit down to negotiate the salary increase for public employees. The union predicts a "hot autumn" if their requests are not met, since public employees "have suffered a loss of purchasing power of 15%" since their salaries were lowered in 2010.

“This refusal is intolerable. The Ministry of Public Function has shown us that it has kidnapped the salary negotiation, and for this reason, this June 22, CSIF will take to the streets again, "underlines the organization.

Specifically, the union has called rallies throughout Spain for that day.

In Madrid it will be held in front of the Ministry of Finance and Public Function, while in the rest of Spain they will be held at the doors of the Government delegations.

"We have been requesting the opening of the negotiation since March, but given the minister's silence, we have decided to continue this process of mobilization," argues CSIF in a statement.

The union asks the Treasury for a multi-year agreement that allows mitigating the effects of inflation on the payrolls of workers in public administrations.

“Public employees have given abundant signs of commitment and sacrifice in recent years. During the pandemic we have given everything and more so that this country could move forward and we work daily to offer a quality public service to our citizens, despite the great difficulties that the staff of SEPE, Social Security, the Health, Education, Justice or the Security Forces », he denounces.

For all these reasons, it asks the Government to acquire "the same level of commitment and dedication" that officials have shown in recent years and adopt measures to recover lost purchasing power; correct pay inequalities between administrations; update the amounts of compensation for service reasons; and adapt the insularity complements, among other measures.

1 A bath of crowds accompanies Felipe VI to seal the... 2 Six years in prison for a man in Burgos for abusing... 3 Chef Ferran Adrià predicts the next challenges for... 4 Canarian teachers confirm the ineffectiveness of the... 5 This is how Rafa Nadal trains mental strength 6 An agent of the National Police saves a man who bled... 7 Dmitrenko denies being a spy and assures before the... 8 Spanish researchers build a building that is proof... 9 Residencial Kings, where reconciling work and personal... 10 Gilmar, the best option to find the house of your... 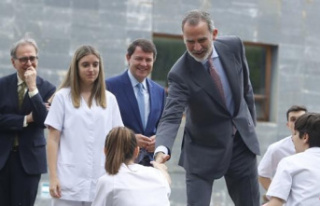 A bath of crowds accompanies Felipe VI to seal the...