The Independent and Civil Servants Trade Union Center (CSIF) denounces that one more year the Educational Technical Assistants (ATE) and Specialist Technicians in Sign Language (TEILSE) of Castilla-La Mancha, once the school year is over, once again swell the lists of unemployment in the region from this week. 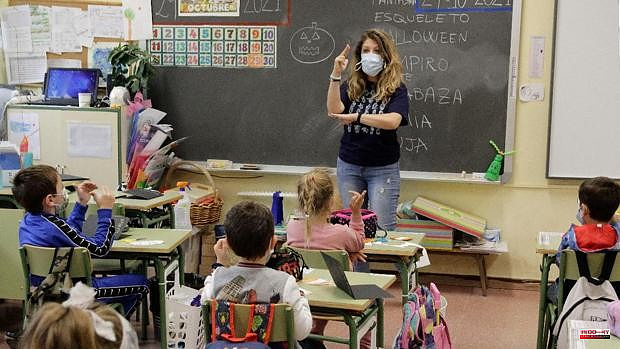 The Independent and Civil Servants Trade Union Center (CSIF) denounces that one more year the Educational Technical Assistants (ATE) and Specialist Technicians in Sign Language (TEILSE) of Castilla-La Mancha, once the school year is over, once again swell the lists of unemployment in the region from this week.

In a press release, he affirms that despite the fact that these professionals work so that students reach the highest degree of autonomy in all its dimensions, so that they achieve the maximum levels within their potential and to guarantee effective integration and inclusion, they continue to suffer from "Totally precarious working conditions" within the Administration.

Thus, he points out that they maintain a fixed-discontinuous contractual relationship, which translates into their dismissal during July and August, months in which they have to go to unemployment benefits to complete their salary, and then they are hired again in September. .

Likewise, it adds that many of them have partial days, which not only supposes "a significant loss of pay", but also affects the correct attention to minors. "In the region there are approximately 600 ATEs and TEILSEs in this situation, with fixed-discontinuous part-time contracts."

The president of the General Administration Sector of the Autonomous Community, Joaquín Sánchez, regrets that the Administration "mistreats its own workers in this way, there really is no commitment to the educational inclusion of all students." “In fact, they are the professionals who spend the most time with these minors. They deserve to have the same rights and conditions as the rest of the public education groups.

To this is added that when the school year begins, other professionals occupy the places, preventing a more than necessary continuity in the work carried out with these minors, who require continuous monitoring, since there are students who have to start from scratch. and communicating can take months.

CSIF, which already last year demanded from the regional government jointly with the Spanish Committee of Representatives of Persons with Disabilities of Castilla-La Mancha (CERMI CLM) that the labor improvements for the ATE and TEILSE be included in the General Budgets, returns to demand an end to this situation that has a negative impact on students with special educational needs.

"Not in vain, these educational professionals carry out their work with children with intellectual, physical and sensory disabilities, autism spectrum disorder, disruptive behavior, students with realities and needs very different from those that the Administration leaves aside," says Sánchez. .

CSIF also states that there are other groups of workers within public education that are also in the same situation, such as kitchen staff and cleaning and domestic services staff, with part-time shifts and fixed-discontinuous contracts, having to attend to the Public Employment Service to have a salary during the summer months. Sánchez underlines that "precariousness is a sad reality within the Administration, which affects the whole of society."

1 The new express reform to get control of the TC lands... 2 Mazón regrets that Puig "is very far from the... 3 The tow truck will remove vehicles parked in security... 4 Colau, relegated: The PSC will fight with ERC for... 5 The Ferrant Universe stays in the permanent Patio... 6 The Government rescues Celsa with 550 million, but... 7 Brussels endorses the disbursement to Spain of the... 8 Escrivá's latest offer for the 'in extremis'... 9 Lucia, Marta and María Pombo: three brides with very... 10 Antonio Banderas and Andrew Lloyd Webber become Friends... 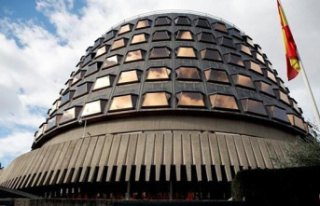 The new express reform to get control of the TC lands...