Ciudadanos has announced this Monday the launch of what it has called the process of listening to charges to "take note" within the framework of the refoundation of the party, announced after the debacle in the Andalusian elections. 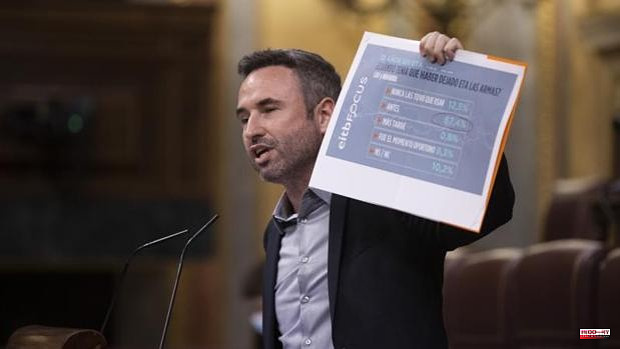 Ciudadanos has announced this Monday the launch of what it has called the process of listening to charges to "take note" within the framework of the refoundation of the party, announced after the debacle in the Andalusian elections.

As explained at a press conference by the spokesman for the Team for the Refoundation of the party, deputy Guillermo Díaz, after the group's first meeting, the rounds will take place on the 16th and 23rd of this month and institutional and organic 'orange' positions will participate . Díaz has clarified that the mayors and councilors will have a "special role."

In parallel, Ciudadanos will also launch a process of listening to party workers, both from headquarters and those who work in institutions such as the Congress of Deputies, and also intends to incorporate young people in the transformation of the party.

According to the orange deputy, young people are "active" in the refoundation.

The first meeting of the Refoundation Team, this being the first time that the eight members have met, has served so that the technical team in charge of the process – they have been working for four months – has brought them up to date on “the progress” made . In the same way, according to Díaz, they have been able to "share impressions."

For the time being, the Refoundation Team already has the assigned functions, although Díaz's spokesperson and the role of the deputy mayor of Madrid, Begoña Villacís, as in charge of political coordination and as a liaison with the party's governing bodies were already known. .

Thus, the mayor of Ciudad Real, Eva Masías, will be in charge of local and municipal action; the candidate from Santa Coloma Dimas Gragera will lead the organization, mobilization and militancy; MEP Adrián Vázquez, the executive coordination; the Madrid councilor Mariano Fuentes axes of renewal; and the coordinators of the Balearic Islands and the Valencian Community, Patricia Guasp and María Muñoz, respectively, will be in charge of regional action and finances and economic affairs.

Díaz has also detailed that Ciudadanos will launch five working groups aimed at the militants of the formation. They will deal with organic functioning and participation; freedoms, territorial model and regeneration; economic policies, energy and digitization; social and environmental policies; and, finally, Europe and foreign affairs.

However, it is unknown at the moment what the participation mechanism will be, although Díaz has emphasized that the training seeks to be "as open as possible to guarantee that no idea is left out."

On the other hand, the orange deputy has indicated that people who are not members of the party can also participate in the refoundation process through the Ciudadanos foundation, which he chairs precisely. The objective is to ensure that the foundation "serves as a mechanism" between the refoundation and civil society.

As he explained, "there are several thinkers and intellectuals" who "show their support" for Ciudadanos, who "consider that a party" like this is needed. "They can be integrated into the refoundation, we are interested in professionals, businessmen", she pointed out, before indicating that the party is especially interested in science, the digital world and digital transformation.

Díaz, who has clarified that this "liberal agora" will be made up of "intellectuals, professionals in various fields, scientists and people of recognized prestige", has not wanted to advance any name of those who make up this leg of the refoundation. "Step by step," he asked.

Finally, the orange deputy has recognized that those attending the meeting this Monday are "very aware" of the "challenge" they face and of the "responsibility that the refoundation entails", although he has indicated that they feel "honored by the opportunity". Also, he has assumed that they will have to make "difficult decisions", such as the refoundation itself, and has alluded, however, to "determination".

In this line, he has stressed that the political space to which Ciudadanos is oriented «exists» and has been convinced that the refoundation will be achieved by working «all together».

1 "Socialist fagots": homophobic graffiti... 2 Slovakia offers all its Mig 29 aircraft to Ukraine 3 At least one dead and eight injured after a shooting... 4 European citizens stockpile basic goods 5 Why is the 4th of July celebrated in the United States... 6 Germany considers offering tax-free payments to avoid... 7 More than a third of Spaniards have never heard of... 8 Unemployment benefit: this is the new SEPE model to... 9 Nadal and directo against Van de Zandschulp 10 Pope Francis' close friend, Cardinal Hummes,... 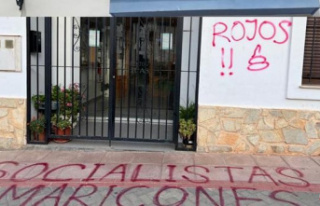