The Esquivian Cristóbal Bargueño de la Plaza has become the first permanent deacon of the Diocese of Toledo. 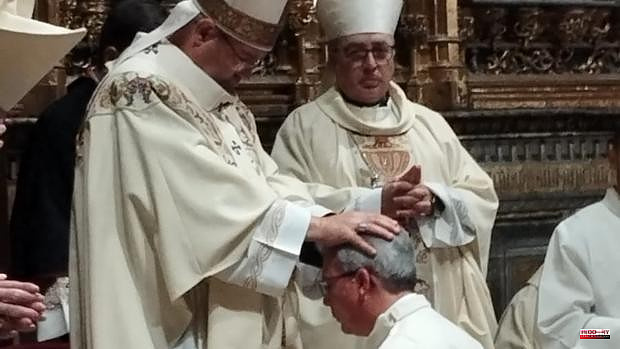 The Esquivian Cristóbal Bargueño de la Plaza has become the first permanent deacon of the Diocese of Toledo. The ordination act took place this Sunday in the primal cathedral in charge of Archbishop Francisco Cerro Chaves.

Bargueño who considers himself "privileged" to receive this "gift from the Lord" will be able to administer the sacraments of baptism and marriage. Married and father of two daughters, the Lord gave this Justice official the "gift of my wife and the undeserved gift of being called to the permanent diaconate," he told ABC.

His parents instilled Christian values ​​in him from a very young age. He spent seven years in the Minor Seminary of the Religious Congregation, the Josephine Fathers of Murialdo in Sigüenza (Guadalajara).

"I saw that religious life was precious, but I did not feel called to the Lord," says this official from the courts of Fuenlabrada (Madrid). He was also in the Minor Seminary of Madrid, where he found that the priesthood was not for him either.

1 The Saxem Festival begins the cultural summer at the... 2 These are the cheapest hours of electricity this Tuesday 3 Agrarian organizations support the anti-crisis decree... 4 Petete Rubio received the Laurel Award in the Supporting... 5 The Board will make a census of the victims of terrorism... 6 Fleeting meeting between Sánchez and Aragonès in... 7 'Erató Fest' celebrates its fifth anniversary... 8 Cobadu celebrates its 40th anniversary with a record... 9 Things to keep in mind when choosing a master's... 10 Rebellion in the CGPJ: Lesmes is forced to respond... 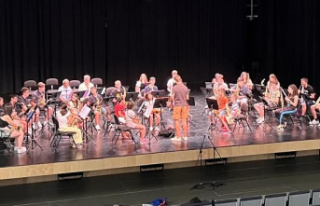 The Saxem Festival begins the cultural summer at the...