Crime of the widow of the CAM: the repetition of the trial reopens the unknowns of an unsolved murder

The case that shocked Alicante society more than five years ago will be tried again for a formal defect. 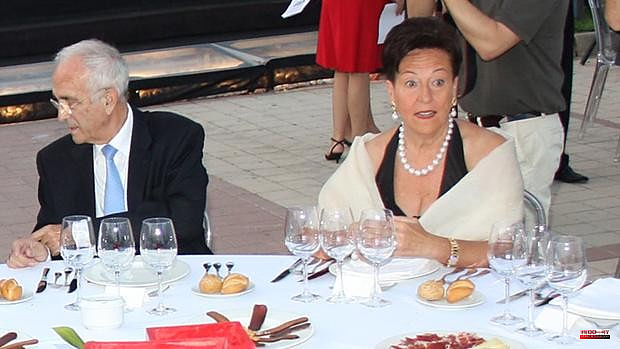 The case that shocked Alicante society more than five years ago will be tried again for a formal defect. The Supreme Court has decided to annul the sentence of the TJS that confirmed the acquittal of the only defendant for the murder of María del Carmen Martínez, widow of the former president of the Caja de Ahorros del Mediterráneo (CAM).

It is preferable to leave a guilty person on the street than an innocent person in prison. That was, broadly speaking, the message that the magistrate of the Alicante Court, Francisca Bru, wanted to convey to the members of the popular jury, who declared Miguel López, the victim's son-in-law, "not guilty". But the procedure was carried out in an anomalous way, as the Civil and Criminal Chamber has now ruled, after admitting the appeal of the eldest son of the deceased, Vicente Sala, and the prosecutor.

Before the verdict was made public in which six of those nine chosen anonymous citizens considered López innocent, the judge destroyed the first ruling - of guilt - because the exculpatory evidence had not been assessed and instructed the jury to formulate a second written.

It did so without previously holding a hearing with the prosecutor and the parties so that they could agree or disagree with this measure. A fact that, according to the Supreme Court, "makes the doubt legitimate as to whether it was the indications of the Magistrate-President in justifying the return of the unknown verdict, which determined a change of criteria, converting an initially condemnatory outcome into an acquittal pronouncement."

This script twist returns the legal case to the starting box. According to the jury's verdict, María del Carmen Martínez was shot twice in the head by an unknown person on December 9, 2016, which caused between 10 and 25 minutes of agony until her death. She was found, still alive, by one of her workers in the laundry room of the dealership that she owned and was run by Miguel López, married to one of her daughters, and arrested two months later as the main suspect in the crime. He was provisionally released on bail of 150,000 euros weeks later.

The open war within the Sala for the businesses owned by the matriarch -valued at around one hundred million euros- was the first of the mobiles that were put on the table. A part of the family saw its economic stability threatened with the transfer, by the victim, of all his companies to her eldest son, Vicente Sala, to the detriment of his other three daughters and his spouse.

The eldest son of the Sala would end up buying his sisters the part of the cake that corresponded to them in mid-2018 for 54 million euros. The sale materialized the definitive rupture of the clan, also faced in court when Vicente appeared in the trial as a private accusation and requested -together with the Prosecutor's Office- more than 24 years in prison for his brother-in-law for a crime of murder and another of illegal possession of weapons.

More than a hundred people appeared in the seventeen sessions of the trial to decide if the twenty pieces of evidence weighing against López were conclusive. He defended his innocence, requested his acquittal at all times and the jury also exonerated him of that second crime by not seeing the authorship of the murder proven. Precisely, the weapon with which the crime was committed never appeared.

The analysis of the DNA samples collected at the Novocar dealership, crime scene, determined that all of them belonged to the deceased, except one in the right hand that could not be identified but that corresponded to a man without a record in the database. police. In addition, the bullets that were intervened in López did not correspond to those that were fired at his mother-in-law. No residue was found on her hands or clothing either. He even doubted whether or not he had time to do it without being seen.

The coroners were not able to establish an exact time chronology of the events that would have more easily solved the equation. The person who committed the crime used a silencer, so the moment in which the victim received the two shots in the head while sitting in his vehicle and the time, therefore, that had elapsed until at 7:05 p.m., is unknown. a workshop worker found her leaning against her SUV dying. Miguel had given him the car keys half an hour before. After her, she went to her home. Nor could it be proven that the son-in-law hired a hitman to commit the crime for him.

The repetition of the trial ordered by the Supreme Court, three years after the first hearing with a new magistrate and another popular jury, will return to the front page, amid great social and media expectation, a case that was never closed.

1 Three arrested after intervening more than 800 marijuana... 2 The CO2 in La Bombilla and Puerto Naos is 30 times... 3 The Council of Ministers approves raising "the... 4 Puy du Fou joins the Historic Nursery of the Toledo... 5 Marcelino: "The time has come to give thanks... 6 “We innovate to match supply and demand”: At Pôle... 7 The King conveys his "full support" to the... 8 A meeting with 21 Nobel Prize winners will decide... 9 Check which are the richest and poorest neighborhoods... 10 The Spanish diplomatic personnel expelled by the Moscow... 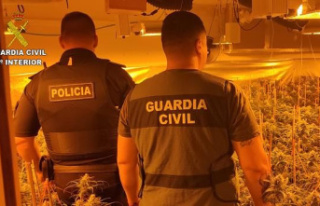