The public prosecutor's office has no indication of a political background to the arson attack on a refugee accommodation near Wismar. 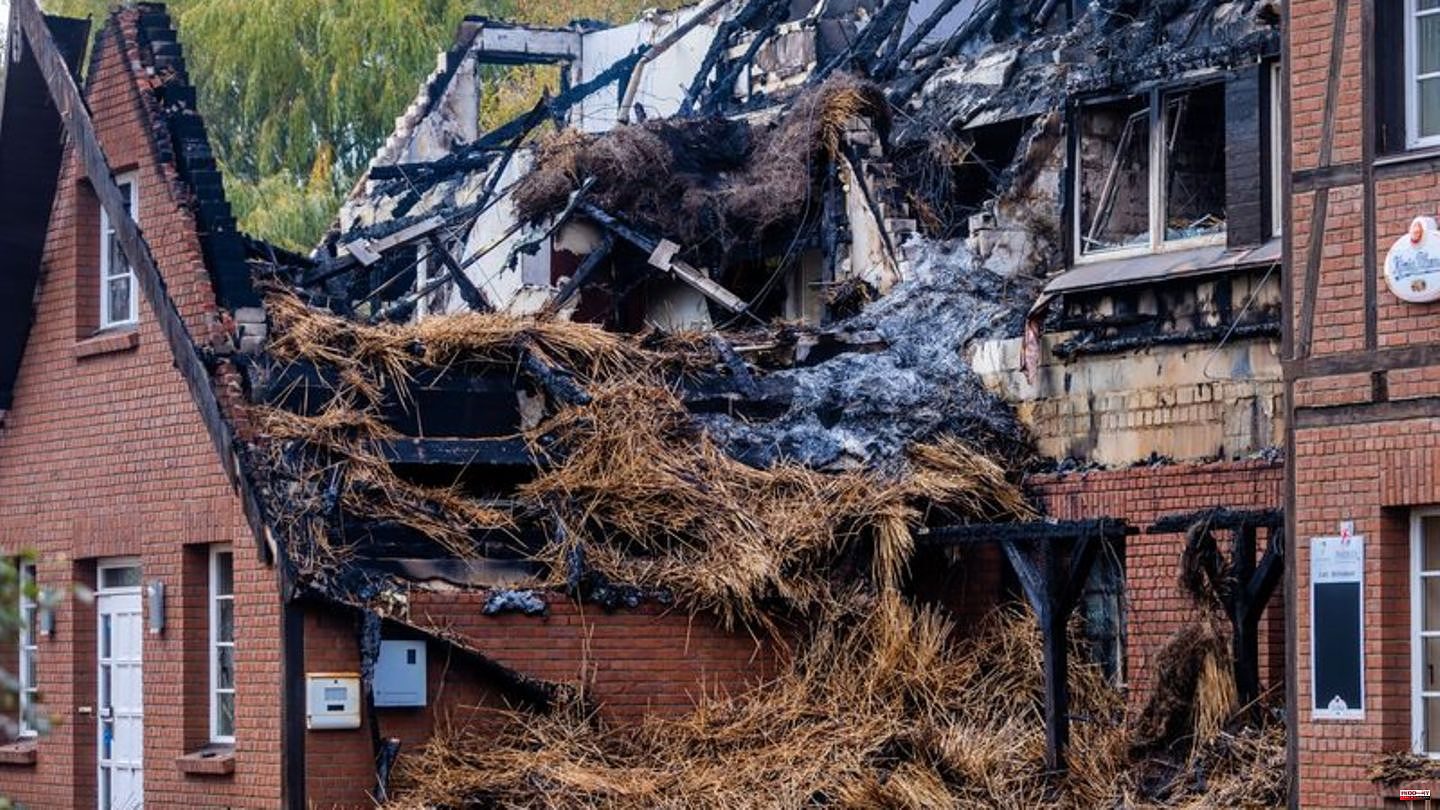 The public prosecutor's office has no indication of a political background to the arson attack on a refugee accommodation near Wismar. A 32-year-old firefighter was arrested as a suspect on Wednesday morning.

There are no findings relevant to state security, said senior prosecutor Claudia Lange from the Schwerin public prosecutor's office. "As a result of the investigation, we assume that the crime in Groß Strömkendorf is part of a series of fires." The suspect, who is active in both professional and voluntary fire brigades, denies the allegations.

The thatched former hotel in Groß Strömkensdorf was largely burned down in the night of October 19th to 20th. The 14 Ukrainian residents of the accommodation and their three carers were able to escape from the building unharmed. The crime immediately made waves, and on the same day Prime Minister Manuela Schwesig (SPD) and Federal Interior Minister Nancy Faeser (SPD) visited the scene of the fire.

Probably not racially motivated after all

The investigation results of the criminal police and the public prosecutor's office so far contradict the suspicions of a racially motivated crime expressed in public and in the media immediately after the major fire. These were ignited by a swastika scrawl that had been daubed on a German Red Cross sign in front of the building two days before the fire. The investigators had therefore initially not ruled out a political background.

The residents of the small town, on the other hand, should see themselves confirmed, they had resisted being brought close to extremism. "That's a prejudice," said a local resident the day after the fire. The mayor of the responsible office in Neuburg, Tino Schmidt (SPD), immediately put himself in front of his citizens.

However, he did not rate the current investigation results as a reason for relief to the German Press Agency. If the suspicion is correct, the series of fires has been cleared up and the accusation of a racist act is off the table, but for all volunteers in the region - such as those in the volunteer fire brigade - this would be a disappointment. District Administrator Tino Schomann (CDU), who was there himself on the night of the fire and is involved in the volunteer fire department, said: "Having an arsonist in your own ranks is a nightmare for every fire department."

According to the public prosecutor, the fire report assumes that the fire was deliberately set and a fire accelerator was used. However, according to the criminal police, it was not the report that was fatal to the suspect, but his own statement: This did not match the information provided by the other 120 residents and emergency services interviewed. According to the public prosecutor's office, these inconsistencies in connection with the secured evidence justify the assumption that the accused was already at the crime scene at the time of the crime. However, he also participated in the extinguishing work.

The urgent suspicion not only extends to the fire in the refugee accommodation, but also to three other fires in a wooded area, a carport and a straw rental. In addition, he is suspected of having started 15 other fires since April this year.

The 32-year-old was brought before the magistrate at the Schwerin district court on Wednesday and is now in custody. During a house search, further evidence was also secured, which had not yet been evaluated.

Interior Minister Christian level (SPD) thanked the investigating authorities. "I am - and I'm certainly not alone in this - relieved that just under a month after the fire, the suspected perpetrator was identified and in custody," he said. He hopes that this will put an end to the various speculations.

There were also reactions from the state parliament. The left-wing faction does not yet want to rule out a racist-motivated attack, despite the current status of the investigation: "It was known that Ukrainian war refugees were currently being housed under the thatched roof," said the faction's domestic policy spokesman, Michael Noetzel. He also referred to recent attacks against Ukrainians in the country. 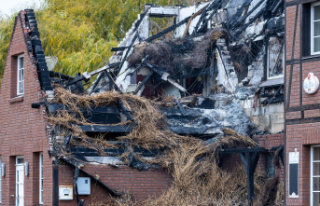