Craftsmanship is reborn as a luxury good after years in oblivion

Dozens of tools hang on the wall of a ground floor in the Palacio neighborhood; wooden boards rest on the shelves, some of them with the drawn silhouette of a guitar. 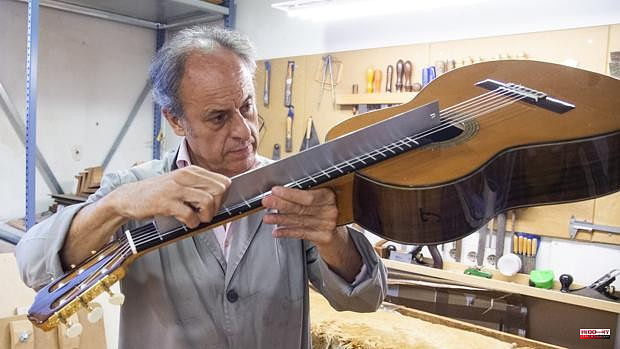 Dozens of tools hang on the wall of a ground floor in the Palacio neighborhood; wooden boards rest on the shelves, some of them with the drawn silhouette of a guitar. Felipe Conde handles them with care, the same care his uncle and father taught him from the first day he entered the workshop, 51 years ago. For this luthier, the guitar is therapeutic; music, a cultural asset; and crafts, the one that he has been nursing since he was a child, an almost Martian art that is finally being valued again.

A mile and a half from Conde's studio, Nuria Mestre dared to open a ceramics store in the Justicia neighborhood in September. They are the heads and tails of the craft coin: the veteran and the entrepreneur.

A recognized name in its sector and another that is beginning to make a name for itself, but together they fight for the same thing: that the product made in Spain, in Madrid, be appreciated. And it seems that, with the perseverance of colleagues from this broad guild and with the awareness of society, they make resurface that 'made in Spain' that for years remained in oblivion and on which the perception of little elaboration weighed. Nothing is further from reality.

The tradition of luthiers in Felipe Conde's family dates back to 1895, when Domingo Esteso, the artisan's great-uncle, began making guitars; although it was not until 1915 when he put his name on them. After his death, Felipe's father and uncle took over the workshop, which he has proudly run since 1988. Leonard Cohen, Bob Dylan, Lenny Kravitz, Los Habichuela and Paco de Lucía, among others, have passed through these four walls. They have all left with a guitar under their arm. And they have returned. «Making a guitar requires, at least, two months of work. And if you count the drying of the wood, we speak of years. How is the value calculated?” asks Conde: “The problem with crafts in Spain is that they are not quoted and, in this case, you pay 21% tax, even though music is a cultural asset,” he criticizes.

In addition to musicians and professionals, among its clientele are amateurs with a high cultural level who have the capacity to pay for instruments of these characteristics. Conde's stories are endless, even if he doesn't want to brag. His father and his uncle introduced the palo santo guitar for flamenco. The one that always accompanied Paco de Lucía. A letter from the musician, in fact, presides over the entrance to the workshop.«Perhaps, without realizing it, I have asked myself many times the reason for my gratitude towards the Conde brothers. Also many other times I have answered that question in a simple way: with the guitars of Esteso's nephews I feel very comfortable», it can be read. Those words from a client are the greatest recognition.

The pandemic has been a turning point. “People were encouraged to learn. The guitar is therapeutic, de-stressing. Now, craftsmanship is beginning to be valued more because we were like Martians. There are people who have come to ask me if you can make a living from this", says Conde, and states: "Crafts are not bought, or were bought, because work is not valued".

In the neighborhood of Las Letras, Marcos Seseña is in charge of the hundred-year-old business of capes that his great-grandfather set up in 1901. Personalities of the stature of Ava Gardner, Pío Baroja, Valle-Inclán and King Alfonso XIII have passed through the door. "Seseña was a purchase, a gift or a must see", summarizes the representative of the fourth generation at the helm. The first women's capes were made in his workshop and they were one of the pioneers in setting up a sort of website in 1998.

After 121 years of history, Seseña has managed to maintain business by combining classic layers with modern ones. "Who could survive a financial crisis, a pandemic and a war?" asks the director of the establishment, taking into account that 70% of his clients are foreigners. “The middle class can no longer access our products, unless they go into debt. I can only target a certain economy class. In Spain, this is a luxury product », recognizes Seseña, with whose work he keeps alive the spirit of what his great-grandfather founded, an apprentice tailor.

The artisans meet from this Friday at the Madrid Craft Week, the sector fair that aims to be an appointment with "authenticity, creativity and sustainable luxury" and which is held until June 5 with more than 250 shops, artisans and designers. For Seseña, the event takes place at "a very powerful moment in Madrid" and can generate a "movement that may in the future increase the buying public." Conde believes that it serves "to bring the public closer to the workshop" and not see them "as weirdos."

On the side of the entrepreneurs are Andrés Gallardo and Marina Casal, founders of the porcelain jewelry and leather goods brand that bears his name. In 2011 they decided to leave the Spanish fashion house where they worked and bet everything on a dream. «At that time, people paid more attention to what was abroad than to what was Spanish. Outside, craftsmanship and the price it cost were valued. That path is what we started here, "says Casal. “The pandemic has given a boost to awareness. We see that it is possible to live in another way », he argues, although its main markets are China and the United States. “Luxury brands are also putting value on it. Some were artisans, but they did not exploit it; now they do », he continues. They do it all, from scratch, in a workshop in Portugal and end up in the store in the center of Madrid. "Crafts are now on everyone's minds", ditch Casal.

In the La Latina area, Pepa Entrena set up Cocol five years ago. His proposal is different: «A commitment to Spanish craftsmanship that has always been in the grandparents' house and we had forgotten». Entrena travels through towns in Spain and buys products from artisans who are not advertised on the internet or from older people without generational change. "That knowledge and that design would be lost," says the businesswoman. «Society is now aware of what craftsmanship is, its value and that it must be maintained. The pandemic has helped to diminish that industrialized and depersonalized consumer society in which we lived », she affirms. In her shop there are everything from espadrilles to hats, candles and wooden baskets or blown wine from Mallorca.

Nuria Mestre was the last to join this club. She graduated in Fine Arts, she found the disconnection in ceramics. "It was my therapy," she sums up. Since September, she has been selling her own pieces and since January she has given a workshop to 52 students, including actresses and fashion designers. «We needed for the hustle and bustle of coming and going, of consumerism. The pandemic has helped to give importance to the creative process, to the 'handmade' », Mestre agrees with her 'colleagues' of hers. «All craftsmanship until now had a perception of not being well elaborated, of being classic or coarse. That is no longer the case,” says the entrepreneur. The five are part of that 'Brand Spain' that has sometimes not been taken into account, but that is now experiencing a new 'boom' and is appreciated in all homes.

1 The uncertain end of the war, according to international... 2 Trains of hope saving lives in Ukraine 3 Colombia launches to vote in presidential elections... 4 The escalation of the Euribor anticipates another... 5 Better today than tomorrow to bet on the new work? 6 The war in Ukraine puts the real estate sector on... 7 The clean solution with Spanish DNA to end space debris 8 Barcelona promotes the logistics alliance between... 9 The new battle for global hegemony is fought in the... 10 The insurance industry plunges into uncharted territory 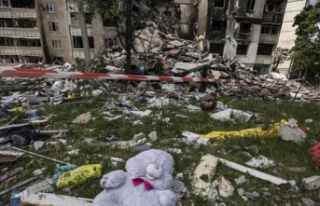 The uncertain end of the war, according to international...