Covite denounces another tribute to a deceased ETA member, this time in Eibar

The video shared on Twitter by Covite captures the moment in which two supporters of the nationalist left deliver a bouquet of flowers to the family of ETA member Jesús Retolaza Loidi, who died in 1987 due to skin cancer. 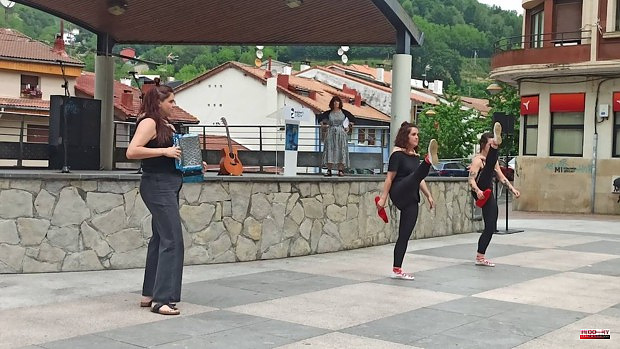 The video shared on Twitter by Covite captures the moment in which two supporters of the nationalist left deliver a bouquet of flowers to the family of ETA member Jesús Retolaza Loidi, who died in 1987 due to skin cancer. According to the group's complaint, in Eibar's Txaltxa Zelai square there was also live music and an aurresku in honor of the terrorist.

Behind this tribute is the group Egiari Zor (Debt to the truth, in Basque), a foundation linked to the nationalist left that has been organizing events in favor of ETA prisoners for months. According to Covite's account, during the act they referred to the ETA member's death as a "consequence of the exceptional prison policy" and argued that "it could have been avoided."

They also assured that it is necessary that "the violence suffered by prisoners be brought to light and recognized" and put an end to what they consider an "exceptional prison system."

However, Retolaza Loidi died in prison from cancer. He had been convicted of providing information about Carlos García Fernández, an Eibar kiosk who was assassinated by ETA in 1980. He was also the one who provided information on the itineraries and movements of the Civil Guard, which led to the gang murdering the Civil Guard Juan García that same year. Leon also in the Guipuzcoan town.

Covite has recalled on social networks that prison policy "has never been an exception or revenge" and that both dispersion and lack of it are "perfectly legal". He reminds the group that being in jail does not kill, and that the only ones who murdered were the ETA members. "The only thing they want is impunity," they lament.

1 Covid infections continue to decline with 2,727 new... 2 1,600 rescues in the last ten years in Castilla y... 3 The Madrid Court orders the Neurona judge to expand... 4 The Roca brothers add a flour from DeSpelta, a company... 5 The murdered sisters traveled to Pakistan deluded... 6 On June 18 the cows return through the Tagus to Trillo 7 A Small Fair turned into a "bigger" party... 8 A woman arrested in Elche for robbing the elderly... 9 Basketball: an NBA Chicago-Detroit match organized... 10 Taxes 2022: the deadline is approaching, are you concerned? 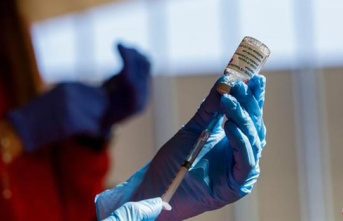