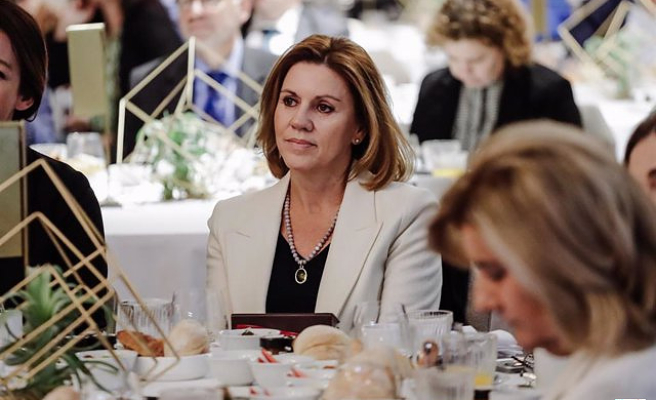 The general secretary of the Popular Party between 2008 and 2018, María Dolores de Cospedal, asked in January 2013 for help from commissioner José Manuel Villarejo, now retired, to stop the publication of the papers of the so-called 'Bárcenas papers', the documents that evidenced the existence of a 'b box' in the game.

This was revealed this Monday by the newspaper 'El País', which has published an audio of a conversation between Cospedal and Villarejo that took place on January 20, after 'El Mundo' made a publication on January 18 that the payment of bonuses in black to a part of the dome of the PP.

In the conversation, recorded by Villarejo -it was seized at his home by court order as part of Operation Tándem-, Cospedal expresses his concern that the papers, which he calls "Bárcenas's little notebook", were in the hands of journalists, and He questioned whether they had a list of the supposed beneficiaries of the bonuses.

"The little book... it would be better to be able to stop it," Cospedal asks Villarejo, who tries to reassure her and tells her not to worry, that he will "be on the lookout" for the matter.

In the dialogue, Villarejo also tells Cospedal that they have to "anticipate the move", to which she agrees and says: "It's the most important thing".

Likewise, he points out that he was "eating the jar" of the journalists, and mentions Eduardo Inda and Esteban Urreiztieta. "Yesterday I was eating the jar (...) to everyone, that they didn't get out. Because they wanted to get out at the beginning a list that they said there was, a list in which the president was," he warns. "You get a list like that, and the next day they have a lawsuit, huh?" Cospedal replies.

Finally, on January 31, 2013, the handwritten papers of Luis Bárcenas, then treasurer of the PP, who recorded parallel accounting for almost 20 years between 1990 and 2019 with the periodic amounts that members of the leadership of the PP received as bonuses.

Cospedal and Villarejo speak again on April 26, 2013 when the Police begin to prepare reports on the documents. Both debate about the sources that would have informed the world about the bonuses. Both talk about the reports that come out of the Ministry of the Interior to the National High Court that investigates the case and the difficulties that exist to change the paragraphs that most affect the PP, according to the audios.

In the conversation, Villarejo says that he and his "friend José Luis", referring to Olivera, who was the Chief Commissioner of the UDEF, went "to have a drink and dinner with Morocho", the Police inspector in charge of writing the reports to the judge. "Then José Luis was left alone with this man, eating the jar because the report went as far as the president's name, I don't know if you know it," he adds.

Morocho pointed out in June 2021 to the judge of the National Court instructing the 'Kitchen' that in June 2013 in a meeting in a cafeteria with the former head of his unit, Commissioner José Luis Olivera, he offered him a position in Lisbon and even in the UN because they wanted to separate him from his investigations in which he investigated in the 'box B' of the PP.

1 Legislative: “We live in a sickening climate, of... 2 Presidential 2022: on which TV channels to watch the... 3 Los toledanos Ethnos Atramo', from the synthesizer... 4 Independence students are chained before the Government... 5 This is the ATP ranking after Djokovic's triumph... 6 UMA Antequera stars in the greatest feat of Spanish... 7 The war leads Europe to the largest trade deficit... 8 McDonald's withdraws entirely from Russia 9 The RFEF ensures that Rubiales' trip to New York... 10 They find the 10-year-old girl who had disappeared... 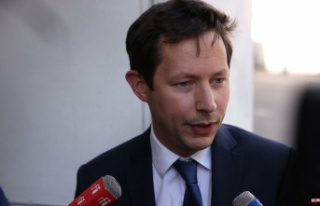 Legislative: “We live in a sickening climate, of...