Corentin Moutet, from imitating Nadal to measuring himself with him

Rafael Nadal has a second round that he can take advantage of to adjust what was perhaps not quite ready in the premiere against Jordan Thompson and to refine what he will need from now on. 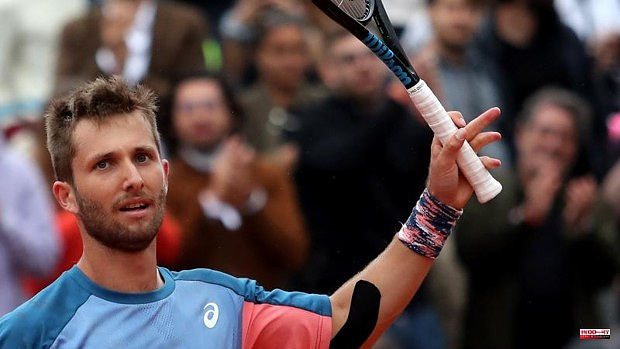 Rafael Nadal has a second round that he can take advantage of to adjust what was perhaps not quite ready in the premiere against Jordan Thompson and to refine what he will need from now on. In his second round (not before 8:45 p.m.) he faces Corentin Moutet, in an unprecedented clash but not in the mind of the Frenchman.

The 23-year-old player and 139 in the world confessed in the previous one that he has always dreamed of facing Rafael Nadal and more if it is in Paris, at the Philippe Chatrier. But it went further, because he also indicated that the Balearic was his idol as a child and that he tried to imitate everything he did.

“I started playing watching him play.

I'm also left-handed, so when I was a kid I tried to imitate what he did. I took it out of him, for example. And other dumber things too. He slept in a sleeveless shirt like the one he wore at Roland Garros. He also imitated his right, until I found what worked for me the most, "admitted the player, who grew up and the idols were over. “When you are little you need these kinds of idols to identify yourself. Now it is no longer, because I am on the circuit and it is a rival«.

Although he has seen him play many times on television, he has never trained with Nadal, shy as the Frenchman is, who does not like to bother idols to ask for photos or training sessions. So he doesn't really know what it's like to face the 21-time Grand Slam champion on clay in Paris either: “I have to focus on myself. Even being injured he plays at an incredible level, he has great mental strength».

Moutet has beaten Stan Wawrinka, champion in Paris in 2015, in the first round, although his record has yet to grow. More losses than wins (36-49) in his career. He struggles in challenger tournaments, although he already stood out this year with a semifinal at the ATP 250 in Adelaide. And he made things very difficult for Sebastian Korda in the second round of the Australian Open (6-3, 4-6, 7-6 (2), 5-7, 6-7 (6)).

1 The hidden Cuban athlete appears: today he competes... 2 Top 14: Toulon deprived of half of its foreign stars... 3 Rodolfo Hernández, an 'outsider' in the... 4 Bachelet's guarded trip to "Xinjiang Potemkin" 5 Northern Ireland, the smokescreen with which Johnson... 6 "Bachelet's choreographed visit to Xinjiang... 7 Paris and Berlin hope for a release on Russian oil... 8 “We are in shock; their brothers adored them» 9 José Mourinho, a “Special one” specialist in... 10 Congress knocks down the PP's attempt to lift... 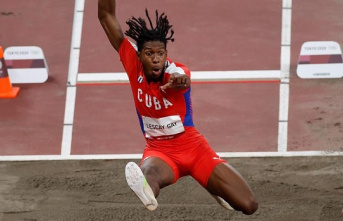