Consensus in Cibeles for the new home help service for the 650,000 elderly in Madrid 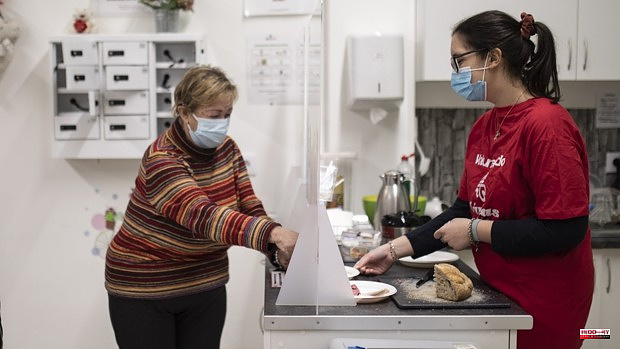 More speed and less bureaucracy. The new home service for the 650,000 people over the age of 65 in Madrid will be operational at the beginning of 2023. The ordinance that regulates it, designed by the City Council's Department of Families, Equality and Social Welfare, will achieve this Tuesday the approval of the Municipal plenary. As ABC has learned, all political groups will vote in favor of the final text that includes improvements in programs for the elderly. The spirit of the ordinance, in the words of the branch delegate, Pepe Aniorte (Cs), is "closeness."

The Home Help Service (for its acronym, SAD), which served 83,000 people last year, and the Day Centers for the Elderly, where 5,250 people attended in 2021, are the key programs of the ordinance, although the norm also regulates residences and apartments for the elderly and the Comprehensive Neurocognitive Care Center.

One of the novelties is the express procedure that will allow the SAD to be activated immediately in situations of serious and imminent risk. For example, in the case of "an elderly person who cannot fend for himself and whose caregiver dies," explains Aniorte.

The regulation also cuts through the convoluted bureaucracy. Until now, beneficiaries had to complete five documents to access this type of service. As of 2023, when the new ordinance comes into force, there will be "a single document, a single step, a single signature," specifies the area delegate. The social services of the city council will be able to consult the information that at the moment the recipient of the programs has to provide.

Another objective of the text is to prevent the vulnerable elderly who do not receive municipal aid from leaving their homes. In this sense, those who are waiting for attention to the dependency of the Community of Madrid will be able to access the SAD in the meantime. The ordinance also modifies the economic parameter of the social scale, which analyzes several characteristics such as housing, social relationships, situations of violence... Anyone can access these services regardless of their income, although they will pay a little more for them .

The ordinance aimed at the 10% of the Madrid population that needs specific services and care is the result of the work of the General Directorate for the Elderly (belonging to the Area of ​​Families, Equality and Social Welfare), with the participation of the Council for the Elderly of the City of Madrid, which brings together the most representative associations in the capital. The text received the green light, first, in the Governing Board and the hemicycle of the Palacio de Cibeles will endorse it this Tuesday after the negotiations between the Executive of PP and Cs and the rest of the municipal groups. "They have improved the ordinance as approved by the Governing Board, showing that, when it comes to such important issues, we are capable of reaching consensus," celebrates Aniorte.

The Plenary already joined, just a month ago, to carry out the new model of social services of the consistory, also promoted by the Family area directed by Aniorte. A document with 21 agreements and 114 measures that aims to replace the system designed 40 years ago: preventive programs, simplification of administrative procedures and pre-specialization of professionals are some of its guidelines.

1 Deadly fire in Móstoles: "We heard Emilio's... 2 The Madrid PP enters electoral mode and will distribute... 3 The hydraulic works of Madrid Nuevo Norte will start... 4 Three million euros and almost a hundred performances... 5 Drama in the kitchens of the Candidates: Caruana's... 6 “In four days my life has completely changed” 7 False eyelashes: user manual to enhance the look 8 Andorra becomes the world capital of high mountain... 9 A judicial setback endangers the distribution model... 10 The tragic life of Laskovyi May, the 'Soviet... 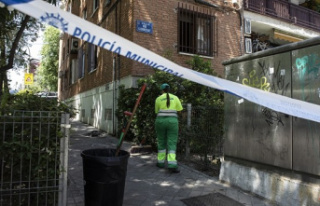