The meeting of the directors of the Ministry of Health with the managers of the health areas of Galicia and heads of the Internal Medicine service of the hospitals of the Servizo Galego de Saúde (Sergas) has concluded with "a certain consensus" and the commitment to "continue talking". 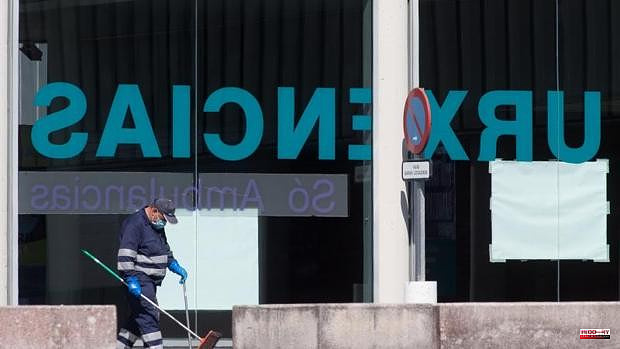 The meeting of the directors of the Ministry of Health with the managers of the health areas of Galicia and heads of the Internal Medicine service of the hospitals of the Servizo Galego de Saúde (Sergas) has concluded with "a certain consensus" and the commitment to "continue talking".

This was stated to Europa Press by some attendees upon his departure, after about two and a half hours of the meeting, at the Sergas headquarters, in San Lázaro. “We have talked about the problems of Internal Medicine”, they have assured, at the exit of Sergas, some of the attendees who followed, in small groups, commenting on the meeting. As they have highlighted, "everything is on the table" and they have closed this "first contact" with the commitment to "keep talking".

This meeting has been held within the framework of a conflict in which internists have urged this Thursday "more stable contracts" to have more professionals and face the "overload" of care that they denounce and warn that contracts to work in several hospitals --header and regional-- "it doesn't make sense" because it will make professionals opt for "another job offer outside" Galicia.

In statements to Europa Press, the internist José Antonio Díaz Peromingo, a member of the Galician Society of Internal Medicine (Sogami), has lamented that proposing to make care in a primary hospital compatible with regional hospitals means "making work more precarious", for which points out that "it doesn't make any sense".

Internal medicine doctors from Galicia claim "planning" because they assure that "the health authorities have not done it for many years." "In a few years many people are going to retire and there is no possibility of replacement and they are not thinking about the future," he added. For his part, before the meeting, the Galician president, Alfonso Rueda, defended the Xunta's position regarding the hiring of the Internal Medicine service due to the "need to guarantee" care in all hospitals, including those "countries". The Sergas intends to include in long-term contracts a clause that means that these doctors can be moved from the primary hospital to others anywhere in Galicia.

1 The Christ of the Column of Bolaños is declared of... 2 Mazón: «Our challenge is to position Alicante extra... 3 They ratify the sentence against a resident of Villarrobledo... 4 The oldest book in Galicia leaves the vault of the... 5 Von der Leyen announces in Warsaw the release of European... 6 “We are going to kill you”: Moroccans are convicted... 7 The specialist in 'simpas' from Valladolid... 8 The schooner 'Atyla' gains strength in Vigo... 9 Zamora welcomes the rugby players of the Iberdrola... 10 Corruption spills over into a socialist pedáneo alcalde... 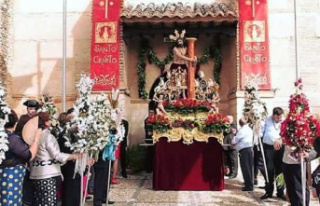 The Christ of the Column of Bolaños is declared of...