Days of divisions and clashes between PSOE and United We Can. 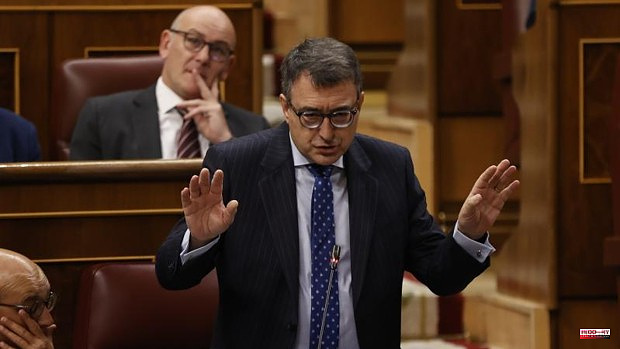 Days of divisions and clashes between PSOE and United We Can. The Congress of Deputies censured this Wednesday once again the turn of President Pedro Sánchez with Western Sahara and ratified his support for the resolutions on the former Spanish colony. All of this had the support of United We Can, which once again broke the voting unit with the Socialists on this matter. The purple flank of the Government condemns the "historical swerve" of the PSOE and Moncloa, and they accuse their partners of bowing to the "blackmail" of Morocco without even informing them or the rest of the parties in the Lower House.

The new disapproval came this Wednesday in the form of a non-law proposal registered by the PNV to be debated in the International Cooperation for Development commission.

The Basque group considered "necessary" an express statement by said body on the letter that Sánchez sent to Mohamed VI accepting greater autonomy for Morocco over the Sahara, according to Foreign Affairs, as a solution to the conflict that has been entrenched for 45 years.

The PSOE voted against this initiative and United We Can in favor, and the stamp of April 7 was repeated, when Congress approved an initiative by United We Can, ERC and Bildu in the same terms and the PSOE was left alone.

A while before, during the control session, the Foreign Minister, José Manuel Albares, unsuccessfully tried to convince the chamber that it is "normal" for the Executive to have "diverse nuances and opinions", which had been criticized by the PP for the divisions on sensitive issues in foreign policy. Not only for the Sahara, but also for aid to Ukraine. Albares' statements did not convince anyone because they came after three highly publicized confrontations with United We Can in less than 24 hours: they collide with the return to Spain of Juan Carlos I, with the Law of 'only yes is yes' and now again with the Sahara.

In the explanatory statement of the approved initiative, the commission criticizes the "new unilateral position" of the Government and says that "it is neither credible nor realistic to resolve this conflict of a political nature." In addition, they accuse Sánchez of "rupturing the necessary consensus on transcendental matters in foreign policy."

Also of "turning a deaf ear" to the motion on Western Sahara that the Senate Plenary approved in March 2021, almost unanimously -except for three Vox votes-. It was underlined that the Saharawi political conflict "should constitute a distant State policy, stripped of controversies and partisan confrontations, which in no way favor the required political solution." The PSOE defended during the debate that Sánchez and Albares had already given "sufficient explanations".

The PP presented an amendment yesterday to lower the defense of the self-determination referendum that was raised in the initial text and to be able to support the PNV initiative. The second point initially included "the right to self-determination of Western Sahara and to freely decide its future through a referendum, the only way to find a fair, lasting and mutually accepted political solution by the parties."

The popular have always been very ambiguous when it comes to positioning themselves on this query, so they proposed an alternative article and the Basque group accepted to leave the PSOE in evidence again. As reported by Europa press, the final wording recognizes the commission's support for the UN resolutions and the mission in charge of organizing the referendum for the Sahara (MINURSO) «in the conviction that only dialogue, negotiation and agreement under International Law» serve to reach a solution.

1 He calls the police because his wife did not open... 2 The PSdeG organizes a 'performance' to stage... 3 Aragonès meets with Puigdemont but is not received... 4 The Feminist University of Ponferrada turns to "clean... 5 "In Castilla-La Mancha abortions are not performed... 6 A caregiver is sentenced to prison for abandoning... 7 Salamanca delves into the latest advances in cancer... 8 Hunger claims a life in the Horn of Africa every 48... 9 Reopening of the United States Embassy in Kyiv, closed... 10 Historical record in greenhouse gases and in the increase... 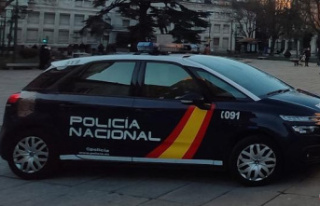 He calls the police because his wife did not open...