Confirmed the sanction of 5,000 euros to the Valladolid City Council for the 2021 Three Kings Parade

In 2021, in the midst of the third wave of Covid, the Valladolid City Council held its Parade of Kings and the Board imposed a fine of 5,000 euros on it, considering that its organization did not meet the requirements that the regional government had established for these acts during the pandemic. 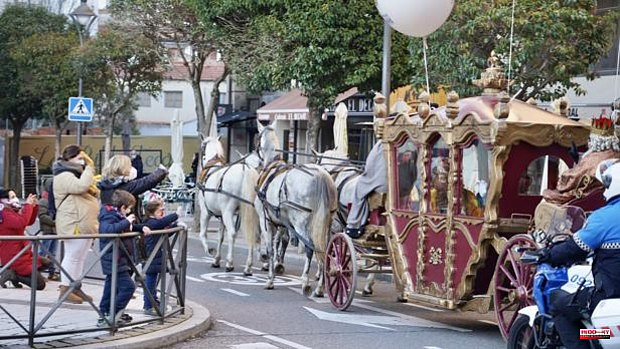 In 2021, in the midst of the third wave of Covid, the Valladolid City Council held its Parade of Kings and the Board imposed a fine of 5,000 euros on it, considering that its organization did not meet the requirements that the regional government had established for these acts during the pandemic. Now, the Contentious-Administrative Court No. 2 of the capital has confirmed the legality of that sanction.

On December 17, 2020, the Junta de Castilla y León approved an Agreement that limited the way in which the Parades of Kings were carried out by the municipalities throughout the Community. It was then recommended that they not be held physically, replacing them with remote or virtual broadcasts, but in the event that the local entity opted for face-to-face development, they could only be done in enclosed spaces, with the public seated, and safeguarding the interpersonal distance of 1.5 meters.

Despite this, the Valladolid City Council scheduled a parade on January 5, 2021, with ten floats along different itineraries of the city. This fact led the Territorial Delegation of the Board, after processing the corresponding sanctioning file, to impose a fine of 5,000 euros on the City Council for an infraction of the regulations against Covid-19, reports Ical.

The peculiarity of the ten floats in its development did not detract from the fact that it was an authentic Cavalcade, and not a `Christmas animation´ as the City Council alleged, and as corroborated by the sentence, considering that such a simple animation construction «is nothing but a convoluted excuse directed at denying the evidence.

The judicial resolution adds that due to the date of its realization, January 5, due to the use of typical characters (kings, pages, etc.), what was carried out was a Cavalcade, without the number of floats being decisive in this case, to conclude that the City Council of Valladolid must be grateful for "the imposition of a single sanction, based on the existence of a single Cavalcade, since it could see its conduct qualified as the performance of ten cavalcades."

In addition, it takes for granted "the generation of a concrete and certain danger for all the people who, attending the municipal call, gathered indiscriminately and carelessly."

Similarly, the judgment states that the fine of 5,000 euros is sufficiently proportional, since, for a serious infringement, such as this one, the regulations allowed the Board to impose a fine ranging between 3,001 euros and 60,000 euros, and It has a minimum amount, motivated and individualized.

The City Council of Valladolid must also bear the procedural costs of the trial, although the judicial resolution is not yet final, and an appeal can be filed against it.

1 MIR doctors from Castilla-La Mancha will have 4-year... 2 Cryptocurrency platform Criptan obtains recognition... 3 Concern grows over the confrontation between the two... 4 Man arrested for throwing woman onto New York subway... 5 The president of Paradores: «Tourism must understand... 6 What Conservatives might succeed Johnson in the UK... 7 Joaquín Sabina must pay a debt of 2.5 million euros... 8 A child dies in the shipwreck of a boat in the waters... 9 They find the body of a woman with signs of violence... 10 The pilgrim image of the Mare de Déu will tour the... 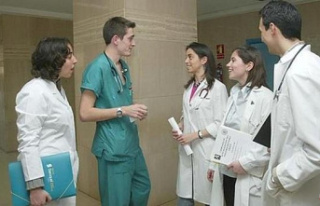 MIR doctors from Castilla-La Mancha will have 4-year...