Concussion in Araujo: All clear for Barça professional after collapse 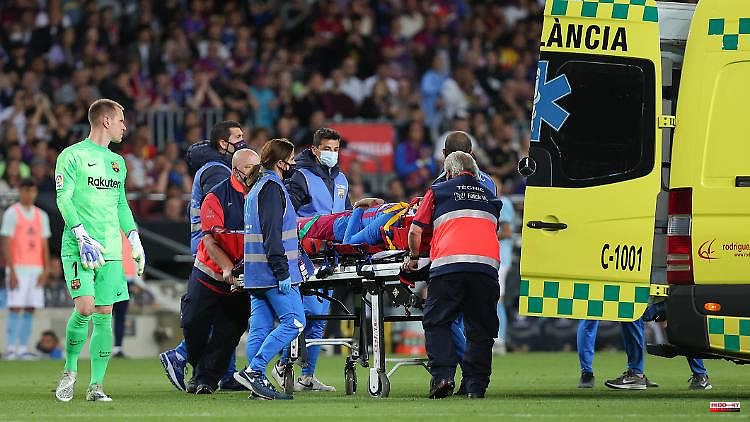 Ronald Araujo shocked FC Barcelona's win over Celta Vigo. The defender collapses after colliding with his own teammate on the field. An ambulance has to drive him from the field to the hospital. Now there is the all-clear.

FC Barcelona have given the all-clear after defender Ronald Araujo's shocking collision. The 23-year-old is conscious again but has suffered a concussion, his club said after the Catalans' 3-1 win over Celta Vigo. Further medical examinations are now pending, and it is still unclear how long Araujo will be out.

In front of almost 56,000 spectators, Araujo collided with his teammate Gavi with a header in the 60th minute. The Uruguayan stumbled a few more steps and then suddenly collapsed. In the meantime he hardly moved, his teammates brought him into the stable side position and immediately called frantically for the doctors, who treated him for minutes. An ambulance drove onto the field. Araujo was temporarily unconscious and was taken from the stadium to a hospital by ambulance. Barca coach Xavi said after the game that Araujo would definitely spend the night in hospital.

The game was interrupted for a total of around eight minutes. "The Araujo case was a bit scary for us. It's normal when something like this happens," Pierre-Emerick Aubameyang told Mundo Deportivo. "In the end he went to the hospital and the club said he had a concussion. I hope he's fine," said the former Dortmund striker.

It was the Gabonese who had previously consolidated his team's second place in the Spanish football championship. A brace before the Araujo shock in the 41st and 48th minutes keeps Barcelona behind arch-rivals Real Madrid in LaLiga. Memphis Depay scored the third goal (30'), Iago Aspas reduced Vigo's lead to 1:3 (50'). 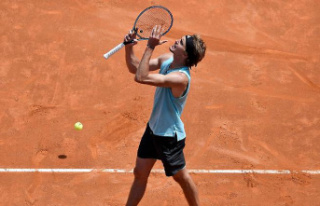 "I'm satisfied with my performance":...