The center of San Sebastián has become the improvised scene of the struggle between the two opposing factions of the Basque pro-independence youth. 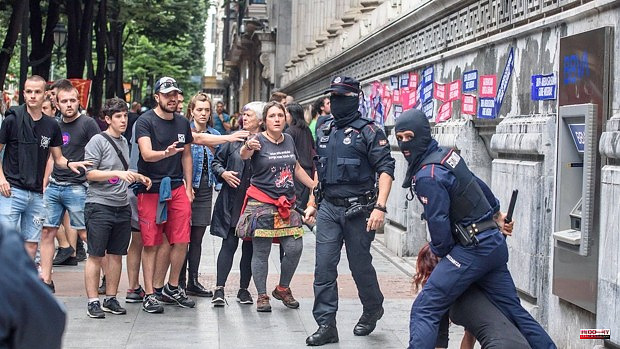 The most disturbing was the act organized by the Gazte Koordinadora Socialista (GKS) collective, a group of those considered dissidents that openly criticizes the latest official decisions of the nationalist left and focuses its criticism on the figure of Arnaldo Otegi. This critical sector brought together some 300 people in an act that ended with a harsh protest against Otegi and against Arkaitz Rodríguez, general secretary of Sortu.

They were accused of representing "the middle class" and of "criminalizing" their group. They also denounced a campaign against them perpetrated directly by Bildu and Sortu and warned of the scenario of tension that can be generated during them.

In fact, both institutions and political parties are already talking about a "hot summer" in the Basque Country. In reality, what is behind it is an economic struggle to participate in the patron saint festivities that these months return without restrictions after two years of hiatus. The independentista youths usually put up fair booths and the collection they make in them is an important part of their financing. From GKS they denounce, however, that the official youth of Ernai are maneuvering so that they cannot have a presence at the parties.

This escalation of tension occurs after this weekend there were up to three violent incidents between the two groups that left at least one physical attack on the streets of San Sebastián. Days before, supporters of both sides had staged a major fight in which more than a dozen agents had to intervene.

The dispute, which one of them recorded on video and shared on social networks, began because the members of GKS wanted to take away some belongings that had been accumulated in an old gaztetxe (squatters linked to the nationalist left) in the capital of San Sebastian. In the video, accusations of "thieves" are heard and it is even seen how the police have to intervene to prevent several of them from coming to blows.

Until now, both Bildu and Sortu have chosen to remain silent about the disputes and have not publicly assessed what happened. However, behind closed doors, the concern that exists because the tension will increase in the coming months is evident. So much so that Iker Casanova, who will be Bildu's candidate in the provincial elections for Vizcaya, has assured that they do not consider the GKS collective as part of the nationalist youth and that therefore no division can be considered to exist. The Basque Government has also called for these internal tensions to be resolved peacefully.

1 Man arrested for throwing woman onto New York subway... 2 The president of Paradores: «Tourism must understand... 3 What Conservatives might succeed Johnson in the UK... 4 Joaquín Sabina must pay a debt of 2.5 million euros... 5 A child dies in the shipwreck of a boat in the waters... 6 They find the body of a woman with signs of violence... 7 The pilgrim image of the Mare de Déu will tour the... 8 China and Cambodia reach an agreement on port; US... 9 The European Union approves the directive on parity... 10 Bale offers himself to Getafe, who are studying his... 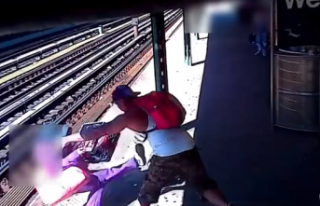