The plenary session of the Congress of Deputies will debate this Tuesday a Proposal not of Law for "the reconsideration of the northern expansion of the Port of Valencia" presented by United We Can and signed by representatives of Compromís, the CUP, Esquerra Republicana de Catalunya (ERC), More Country and New Canary. 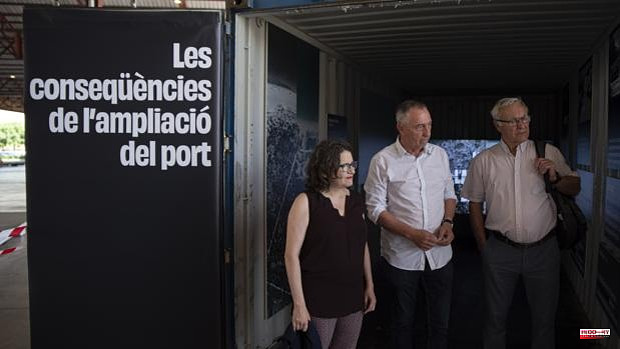 The plenary session of the Congress of Deputies will debate this Tuesday a Proposal not of Law for "the reconsideration of the northern expansion of the Port of Valencia" presented by United We Can and signed by representatives of Compromís, the CUP, Esquerra Republicana de Catalunya (ERC), More Country and New Canary.

The text urges the Government of Pedro Sánchez to "desist" from the current project -despite the fact that the controversial Environmental Impact Statement of 2007 has been approved- and to renounce both "the construction of a new cruise terminal", as well as to the associated infrastructures: «the duplication of lanes of the A-7 (by-pass), of the V-30 or that of the V-31, and, in particular, that of northern access to the port».

In addition, the Ministry of Transport is asked to dismantle the north dam -which cost more than 200 million euros- to alleviate the "unfortunate state" of the Pinedo and Saler beaches, as well as "the threat to the natural park of the 'Albufera'.

The PNL will not succeed, except for surprise, since the PP is in favor of the extension and the PSOE has always referred to the criteria of the technicians - who have given the green light to the project - to mark its position. The circumstance occurs that one of the signatory parties of this proposal, the ERC pro-independence formation, endorses a demand from the Valencian left while keeping silent about the ambitious expansion that the Port of Barcelona is preparing, a competitor of the one in the capital of the Turia.

The proposal also states that the La Punta Logistics Activities Zone (ZAL) project be paralyzed and withdrawn and "seek a new destination for the current land on which it sits", since "they were expropriated by way of urgency for another expansion of the port area" and "after more than twenty years they are still unoccupied".

A space, owned by the State, which they consider key as a link between the Turia Gardens and the Albufera. «Its use as part of a powerful supra-regional green infrastructure has a much greater social, economic and environmental return as a key piece in the territorial resilience strategy in a climate change scenario, than as an industrial estate that, if necessary, can find more suitable locations”, they justify.

In the same way, the Government is summoned to guarantee that the Port Authority of Valencia «not only facilitate the investigation carried out by the Court of Auditors on the irregular recovery of port concessions and the compensation agreed with a company whose main shareholder is a member of the board of directors of the PAV, but rather to proceed with the internal purification of responsibilities that could have been incurred in the approval of said operation and that, based on the irregularities confirmed by the General Comptroller and the State Legal Department, have led to the declaration of harmfulness adopted by the aforementioned council in its session of June 29, 2021».

Finally, they propose that all these investments be reallocated to mitigate the impact and damage of port activity in nearby neighborhoods and beaches, to reduce CO2 emissions and to "rethink" urban centers in the climate crisis scenario, either by promoting transport or "proximity eco-agriculture". In this sense, it is urged to reform the Law of Ports to adapt it to the objectives of sustainable development.

The president of the Valencian Association of Entrepreneurs, Vicente Boluda, attacked this initiative on Tuesday: "I have few things to say about it, all I want is a reflection on who supports it, which is the Esquerra Republicana de Catalunya when the Port from Barcelona they have duplicated it and they have destroyed everything that was the mouth of the Delta de Llobregat and here nobody has said anything».

«And now these gentlemen come here, I don't know what they paint here. Well yes, we have a mayor who is Catalan -Joan Ribó was born in Manresa- and the Copa America is in Barcelona and I am not going to continue saying things, but I ask for a reflection». he has added he.

1 The journalist Juan Ramón Levia from Castilla-La... 2 "M.... to war", the very explicit slogan... 3 Léolia Jeanjean in the time machine at Roland-Garros 4 Biarritz Olympique: new coup attempt against the Galactics 5 The Canary Islands cut 43.6 million in dependency,... 6 Ayuso calls it "barbarous" that Gallardo,... 7 "Another supplier": This is how the commission... 8 Metro line 8 reopens this Saturday, three days ahead... 9 Sánchez announces in Davos that Sweden and Finland... 10 A mother sells her car and falsely accuses her son... 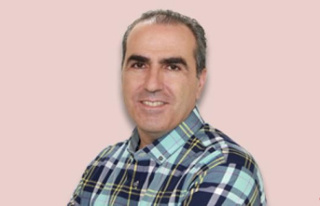