Complaints about the Mathematics II exam at the EvAU in Castilla-La Mancha: "I didn't even know where to start"

The Mathematics II exam of the University Access Assessment ( EVAU) carried out at the University of Castilla-La Mancha (UCLM) has raised a sea of ​​complaints. 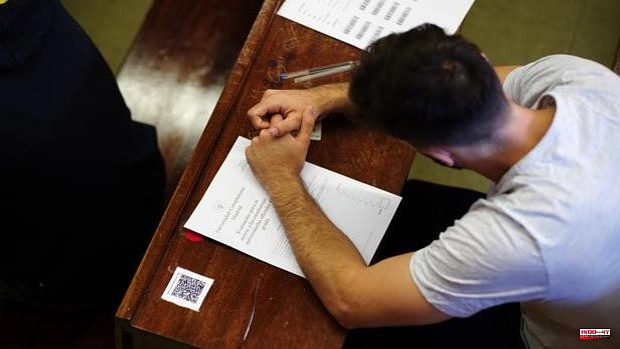 The Mathematics II exam of the University Access Assessment ( EVAU) carried out at the University of Castilla-La Mancha (UCLM) has raised a sea of ​​complaints. "When I read it, I didn't even know where to start," a student from the IES Azarquiel, in Toledo capital, told ABC this Thursday, who took the test on the Weapons Factory campus. "At first I was overwhelmed, since they were not the usual exercises that other years have put in the EvAU", insists the student, who considers that the exam was very, very difficult for the syllabus that this course has been given in Baccalaureate.

“In my class there have been people who have started crying.

The teachers had to come constantly to clarify things for us. In fact, there has been a student who has said that she wanted to challenge the exam and they have spoken to her in very bad ways, yelling at her. So the girl has broken the exam and she has left », she recounts. Meanwhile, her mother adds: “When I went to pick up my son, the kids came out crying. They were desperate."

The Mathematics II test consisted of eight exercises, of which the students had to choose four. Each exercise had two sections: A and B. This student from Toledo explains that the usual thing is that the entire exercise is about the same subject, either matrices, geometry or any other. However, the matters have been mixed. Also, according to his version, the statement of one of the exercises was poorly formulated, the teachers have recognized it «and they have told us that they gave us 15 more minutes».

For his part, David Calle, a famous science teacher who is widely followed on social media for his videos ("Unicoos" is the name of his YouTube channel), has stated: "What a great test the exam is, by the way, the most DIFFICULT until the date, mixing different topics in the same question. With some other trap... Force everyone». And in another tweet he adds: «By doing it fully I was surprised that different and unconnected thematic blocks were mixed in the same question. The exam is put with very bad intention. And the TVM did not see it in the

Likewise, on the digital platform 'change.org', Alonso Contreras García has started a petition in which he believes that it is "necessary" that "the contents of the test" be reviewed. Basically, two complaints are exposed. One is that it has been "an exam riddled with errors in which the coordinators themselves had to improvise changes at their own discretion in the middle of the exam, thus disconcerting the students even more." And the second is that "the percentage of the contents of the agenda has not been respected", since each block is 20 percent and in geometry it has reached 31 percent.

"For all these reasons, we ask the UCLM to review the contents of the test, articulating the appropriate measures to compensate for the note that would have been obtained if the test had been normal," the petition ends. After half past ten at night this Thursday, the goal of gathering 10,000 signatures had already been achieved.

The president of Castilla-La Mancha, Emiliano García-Page, has assured that his Government has contacted the UCLM to formally request that possible errors reported by the students be taken into account.

"I empathize with thousands of kids who have come forward, I'm very upset... that weighting that is entrusted to politicians should go to all public servants, also examiners," he commented from Cuenca, explaining that "although he cannot" get into with the university”, he can strongly request that “the correction criteria be modified to adapt the efforts of the kids in the region to common sense”.

Finally, he appreciates “the sensitivity of the Rectorate, which has already responded to that request. I had the same idea and I am convinced that the efforts of our people will be appreciated to a great extent, ”Europa Press reported.

Meanwhile, the UCLM has published a message on its social networks in which "it echoes the concern", although it defends that the test "conforms to the regulations". Even so, "they appeal to calm, because the correction criteria always adjust to the characteristics of the exams."

Finally, from ANPE-Independent Union they have declared to this newspaper that they defend "that there is a single EvAU" in all of Spain and not that each autonomous community has different tests.

1 Luis Enrique protects a child who jumped for Asensio's... 2 Portugal consolidates as leader of the Spanish group 3 The one to one of the Spanish victory in Switzerland 4 Sarabia, indisputable and with a goal 5 A detainee for the kidnapping of a man in a hotel... 6 Discovered in Egypt, Vertebra of a 98-million-year-old... 7 Il Divo will inaugurate the Push Play 'boutique... 8 Swiatek, richer than Nadal in 2022 9 Why does Carlos Sainz have a frustrated gesture on... 10 Niacaragua allows entry of Russian troops and planes.... 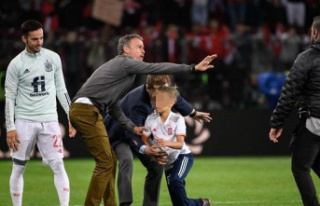 Luis Enrique protects a child who jumped for Asensio's...