The Government of Castilla-La Mancha has highlighted its commitment to continue supporting the economic, business and tourist development of La Guardia. 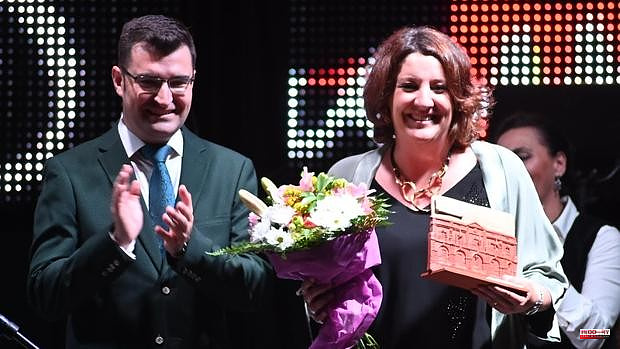 The Government of Castilla-La Mancha has highlighted its commitment to continue supporting the economic, business and tourist development of La Guardia. This was stated on Friday night by the Minister of Economy, Business and Employment, Patricia Franco, during the inauguration of the Castilla-La Mancha Festivities in this municipality of Toledo, which are celebrated on the occasion of Castilla-La Mancha Day , where he also encouraged to claim and continue working to consolidate the region as a territory of opportunities.

The Minister of Economy, Business and Employment was in charge of announcing the Castilla-La Mancha Festivities that, until next Tuesday, make La Guardia an epicenter of activity with popular festivals and gastronomic activities that are a great attraction for people of the region.

During the proclamation, in which the minister was accompanied by the mayor of La Guardia, Javier Pasamontes, Franco stressed that this year's celebration of the Day of the Region will be a very special festivity, "because we celebrate 40 years in which the road It has not been easy, but we have worked very hard to grow as a region.”

In her speech, the Minister highlighted some important milestones for Castilla-La Mancha that have occurred in these 40 years, such as the arrival of high speed, the creation of the university or "the strong positioning of our region as the country's green industrial epicenter" , and has claimed that Castilla-La Mancha was last year the Autonomous Community in which foreign investment grew the most since 2015.

Patricia Franco has highlighted the commitment of the three administrations, local, provincial and regional, to continue supporting the economic growth of La Guardia and has advanced the industrial promotion of the locality's polygon when it is developed.

"La Guardia is going through its best moments of the decade in terms of employment, and it is doing so despite the unstable international situation we are going through", and has committed the support of the regional Executive to the patrimonial and historical treasures that the municipality, whose neighbors have encouraged to continue being "great speakers of the land of opportunities that is Castilla-La Mancha".

1 Four arrested for attacking each other with sticks... 2 Enfuriated Pharmacy: "If you don't add humor... 3 Perigueux: She misses her niche, and ends up in a... 4 Roland-Garros: End of the fairy tale for Leoliajean... 5 Darvin Ham, a rookie to refloat the Lakers 6 A colossal Jimmy Butler forces Game 7 in the Eastern... 7 Video. Biarritz, a professional mermaid who was invited... 8 Elections in Colombia: Petro, the power of change... 9 Environment. Extinction Rebellion blocks Stocamine... 10 More than 3,000 runners dye the Castellana with the... 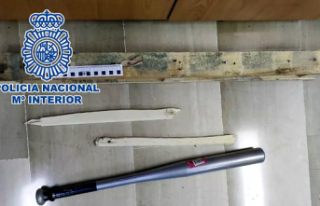 Four arrested for attacking each other with sticks...