The possible imputation of Mónica Oltra in the legal case that investigates whether the Ministry of Equality tried to hide the sexual abuse of her ex-husband from a minor under guardianship, has put in check the electoral plans of Compromís when it comes to drawing up the road map of ahead of the next regional elections, in which the coalition government with PSOE and Podemos is at stake for the third consecutive legislature. 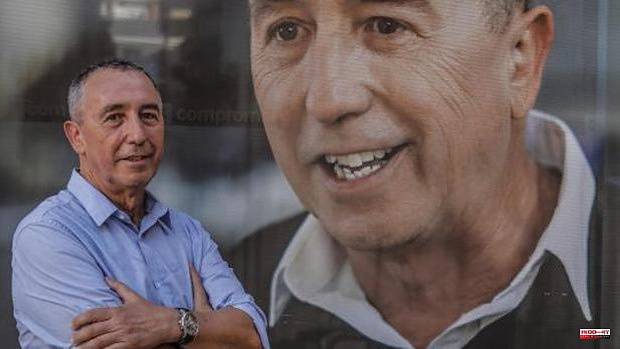 The possible imputation of Mónica Oltra in the legal case that investigates whether the Ministry of Equality tried to hide the sexual abuse of her ex-husband from a minor under guardianship, has put in check the electoral plans of Compromís when it comes to drawing up the road map of ahead of the next regional elections, in which the coalition government with PSOE and Podemos is at stake for the third consecutive legislature.

Despite the fact that the official version reaffirms Oltra as the Compromís candidate in the 2023 elections, having "earned the right to what she wants to be", as spokeswoman Àgueda Micó said, within the Valencian formation nervousness and some concern about the judicial situation of the vice president of the Generalitat, totally convinced not to resign, can be glimpsed.

In this situation of alternative plans, the name of the national deputy Joan Baldoví leads the pool of possible substitutes if finally the Superior Court of Justice of the Valencian Community (TSJCV) endorses the devastating report presented by the Prosecutor's Office, which accuses the head of Equality of abandonment of minors, prevarication and omission of the duty to prosecute crimes.

Thus, Baldoví takes the lead in a race in which other less plausible candidacies appear, such as that of the former Minister of Education, Vicent Marzà; the president of the Valencian Parliament, Enric Morera; and the hope for the future of Iniciativa - Oltra's party within the Compromís coalition -, Aitana Mas.

However, the consolidated and experienced figure of Baldoví on the national board, as well as the harmony shown with Iñigo Errejón and, lately, with Yolanda Díaz, place him as the favorite to lead a hypothetical transition in which the Palau de the Generalitat chaired by an expectant Ximo Puig and concerned about the situation of his government partners.

So much so that the former mayor of Sueca has redoubled his presence in Valencia, with a view to initiating a greater position in the regional game. In fact, this coming Saturday, June 18, Compromís begins the election campaign with a public event on the river Valencia with the motto 'Towards a third Botanist', in which Mónica Oltra, Joan Ribó, Àgueda Micó, Juan Ponce and, will participate. of course, Joan Baldoví.

An event before militants that is lived in the previous hours with concern and fear in case it coincided in time with the decision of the TSJCV, the competent body when it was appraised, to impute or not to Oltra for the case that investigates his department for sexual abuse to a minor protected by her ex-husband Luis Eduardo Ramírez Icardi, who was sentenced to five years in prison.

Thus, Baldoví will return to the capital of the Turia after participating on May 21 in another act of Compromís to demand from the Port of Valencia an economic compensation fund for its income to allocate to the neighborhoods affected by the negative effects of said infrastructure. He also recently used the coalition's headquarters to present amendments to the Sports Law and participated in a meeting with the militancy in Mislata.

Within the coalition formed by the former Bloc Nacionalista Valencià (now Més Compromís), Iniciativa del Poble Valencià and Els Verds Equo, Baldoví is conceived as a conciliatory figure, to the detriment of Vicent Marzà, who retains the support of the most nationalist branch. of the party.

From the national perspective, Baldoví's candidacy would be viewed favorably by the left-wing parties, especially from the formation led by Íñigo Errejón, who in recent days has staged together with Vice President Yolanda Díaz "a journey together from now on », facing the beginning of «a political cycle of hope» that has already materialized in Andalusia and that could be reissued in the next General Elections.

In this regard, Mónica Oltra has participated in recent months in different events with the Minister of Labor and has publicly shown herself in favor of the "Sumar" coalition that aims to bring together all the formations to the left of the PSOE. But, another thing will be if Díaz and Colau are still interested in linking her image to that of the vice president of the Generalitat if she is finally charged.

On April 5, Baldoví assured "putting his hand in the fire" for Oltra's "honesty and trustworthiness" and asserted that there is "no reason" for his resignation, since "decency and the ethical line do not mark her the courts."

"Mónica has to choose her path and we will give her support," added the spokeswoman for Compromís Àgueda Micó, who when asked about the report from the Public Ministry, slipped that she could be influenced, since there is "a political and judicial environment that has marked certain positions.

1 The Diputación de Alicante premieres the documentary... 2 Asylum seekers threaten to kill themselves if deported... 3 Yes, it is legal to bury a dead body in your backyard... 4 Three out of four Germans reduce or eliminate their... 5 Follow live the presentation of Aurélien Tchouaméni... 6 Fourteen arrested in the largest operation in Spain... 7 The City Council asks the residents of the Casco de... 8 A girl from Alicante with a disease with only six... 9 Israeli lawmaker is criticized for wanting Palestinians... 10 The presence of a shark forces a ban on bathing on... 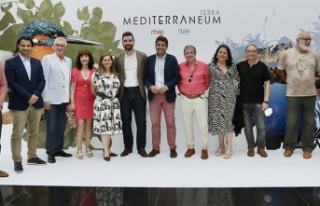