Colau fails for the sixth time in a row, with a 4.1, and gets her worst grade since she became mayor

Another setback for Ada Colau less than a year before the next municipal elections. 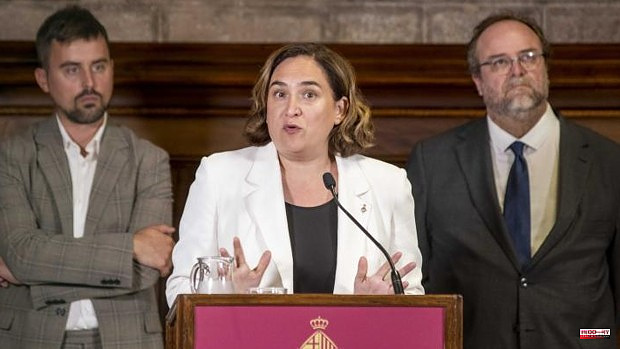 Another setback for Ada Colau less than a year before the next municipal elections. The mayor of Barcelona gets her worst grade since she arrived at the City Council in June 2015, according to the latest barometer: then the citizens gave her a score of 5.8 and now she gets a 4.1, one tenth less than half a year ago. His figure continues to decline, while that of his two main rivals, Ernest Maragall (from ERC, with 5.2, the best score among municipal leaders) and Jaume Collboni (from PSC, with 4.7) achieve the same note as in the previous survey.

The mayor, who announced her intentions to run for a third term a little over a month ago, thus fails for the sixth time in a row, reaping the worst grade for a Barcelona mayor since the 1990s.

In addition, the municipal management of the bipartite of commons and PSC does not get a good grade either, and that is that 47.1% of those surveyed consider it to be bad or very bad.

The latest barometer, which was made public this Monday based on some 800 interviews conducted at the end of last May, also confirms a fall in its formation as the most voted force, since although it is estimated that it would be the winning party of the elections of May 2023 (with 11.9% of the votes) it is also clear that his 'punch' is clearly going down: half a year ago, for example, he got 14.8% of the support and never since 2015 had he obtained such a low voting intention.

Thus, the survey confirms that Ada Colau would win the elections again, although with a minimal margin compared to ERC, which this time would be in second place (unlike 2019) and would obtain 10.9% of the votes, something that polls recent ones do not see so clearly. The PSC, for its part, would continue to be the third municipal force, with 7.5% of the votes. In addition, 3.4% of those interviewed would lean towards Junts, while the CUP (2.9%), the PP (1.7%), Vox (1.1%), Cs (0.8%) and the PDeCat (0.2%) would not enter the consistory.

«The mayor's note is what it is. If we look at the CIS or the CEO, the same phenomenon of politicians who fail in polls and then win elections is common", explained Màrius Boada, director of the Municipal Data Office. He has appeared to explain the conclusions of the barometer due to the last-minute indisposition of Councilor Jordi Martí (who has Covid) and has recalled that there is always a hidden vote that can vary this type of poll.

Beyond political issues, the latest barometer highlights that, as happens cyclically every summer with the arrival of good weather, insecurity and dirt continue to be the main problem in the city. On this occasion, crime problems, which have risen especially, are the most pointed out by 22% of the residents, while those of lack of cleanliness, the latter, fall slightly.

The list also highlights that tourism is rising as a problem, after years in which this issue had been relegated due to the pandemic. What is more novel is that problems due to traffic congestion occupy the fifth position and that the management and organization of traffic is the seventh, causes that have been valued separately and that together would have been placed as the third problem in the city. This is due, in large part, to the multiple projects of the municipal government to limit the passage of cars through the city center, with increasingly more pedestrianized streets and more space for bicycles.

The municipal group of ERC in the Barcelona City Council has considered that the results of the barometer reflect that the people of Barcelona "do not trust" the government of Ada Colau. "This barometer marks the end of a cycle", assured councilor Elisenda Alamany together with the group's spokesperson, Jordi Coronas, who criticized the fact that the local Executive does not govern the city's problems and that barometer after barometer remain "frozen " many of the citizens' concerns.

Similar expression has also been used from the municipal group of Cs in the City Council. For its leader, Luz Guilarte, the barometer confirms that Barcelona "needs to open a new political cycle that provides solutions to the problems generated by Colau". The mayor regrets that the municipal government "instead of solving problems, creates them" and that "insecurity and cleanliness are consolidated as the main problems", a situation that she sees as a consequence of a lack of management.

From Junts, whose current leader, Neus Munté, is the only one who approves besides Maragall (ERC), they also highlight that Colau "is still in free fall". Its mayor, Jordi Martí, has pointed out that the main problems of the city (insecurity, mobility and cleanliness) are "questions solely attributable to the failed policies of common and socialists."

For its part, the PSC sees the barometer with "perplexity" due to its difference with the latest published surveys, carried out on similar dates in which they assured that the Socialists would dispute the mayor's office with the ERC. They have also called it surprising that the intention to vote for the mayor "is high when her personal assessment does not stop falling.

1 Olías del Rey, the second municipality that receives... 2 The Provincial Council of Valladolid guarantees quality... 3 CCOO denounces the Board for "recklessness"... 4 Germany fears a Russian gas cut from the 11th with... 5 Calviño once again sits unions and CEOE to negotiate... 6 Joint solutions to meet the global challenge of sustainability 7 The Swan World Cup arrives in Valencia with a high-level... 8 Real Madrid dispenses with Laso, legend of the white... 9 Wide Spanish representation in the European 49er and... 10 Fernando Lamadrid Rodríguez, European Windsurf Champion 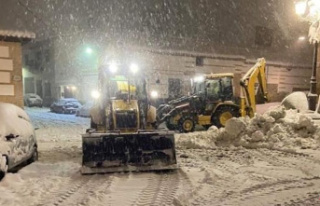