François Legault directly challenges his counterpart Justin Trudeau, asking him to close Roxham Road, where a record flow of people are crossing the border illegally, an “unacceptable” and “impossible to manage” situation for Quebec. 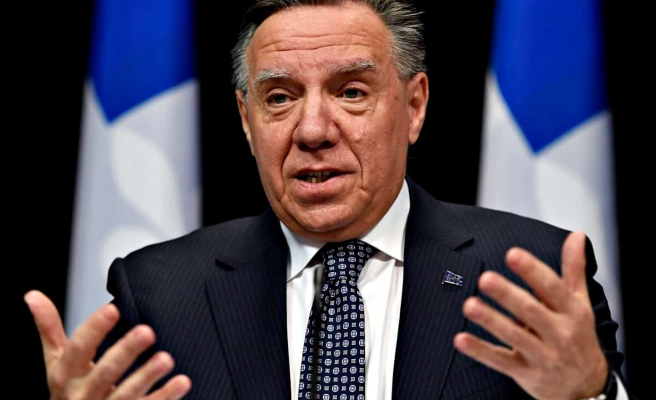 François Legault directly challenges his counterpart Justin Trudeau, asking him to close Roxham Road, where a record flow of people are crossing the border illegally, an “unacceptable” and “impossible to manage” situation for Quebec.

“The federal government must take its responsibilities,” insisted Prime Minister Legault, recalling that Quebecers pay taxes so that Ottawa takes care of managing the borders.

Our Parliamentary Office reported Wednesday morning that Quebec is apprehending a record number of illegal crossings on Roxham Road this year, more than 35,000 at the current rate, which represents more than a hundred crossings per day.

"We don't have this capacity [d'accueil]," said François Legault at a press briefing.

In addition to the maximum capacity for temporary accommodation, which has been reached, Ottawa is currently taking up to 14 months to process the files of asylum seekers. “The real problem is the processing time,” considers the Prime Minister.

In the meantime, the Government of Quebec must assume a good part of the financial assistance paid to the applicants, in particular to send the youngest to school.

For Immigration Minister Jean Boulet, Roxham Road has become a real “strainer”. "It's recognized internationally," laments the minister, who has learned about certain promotional tools used by smuggler networks.

Invited to react, the federal Minister of Public Security, Marco Mendicino, assured that the Roxham Road file is “very important” for him and “that there is progress” in his negotiations with the American authorities.

“We are in the process of negotiating with the United States a new agreement” concerning asylum seekers, he said.

Minister Mendicino stressed the importance of “defending the rights of refugees” while ensuring the protection of people.

For his part, PQ leader Paul St-Pierre Plamondon accuses the Legault government of having taken too long to act. “The case has been dragging on for five years,” he lamented. The Parti Québécois has also tabled, with the support of Minister Boulet, a motion calling for the closure of Roxham Road, to which the Liberal Party of Quebec and Quebec solidaire refused to consent.

Liberal MP Carlos Leitao considers that it “would be counterproductive” to close Roxham Road immediately. “These people are not going to disappear, they are going to find another way to return [to Canada]”, he observed.

Québec solidaire also believes that the immediate closure of this place of passage would be a “simplistic” way of approaching a complex problem. The parliamentary leader of QS, Gabriel Nadeau-Dubois, calls for a “humanist and pragmatic approach” to deal with the situation. Everyone agrees on the urgency of reviewing the agreement between Canada and the United States on safe third countries, which, in its current form, encourages asylum seekers to take Roxham Road.

– With the collaboration of Guillaume St-Pierre

1 Accused of fraud: SNC-Lavalin gets away with a $30... 2 The decline in hospitalizations must continue, according... 3 "The Rock" far from a record 4 More than 100 empty social housing units in Sherbrooke 5 Bonnardel skids about the 50 6 Accused of fraud: SNC-Lavalin could get away with... 7 Murder investigation: a police officer fabricated... 8 Hackers to find computer flaws 9 Compulsory vaccination: 600 federal employees obtained... 10 Russian espionage in Quebec: the fight of a fake “sex...

“The island of love”: more faithful to the post and more “drama”
BREAKING NEWS HEADLINES 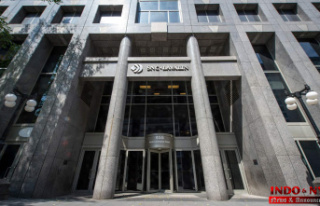