Clamor in Talavera for the burial of the AVE: «We do not want the city to split in two»

Half a thousand Talaverans have participated this Sunday, April 10, in front of the Talavera de la Reina railway station, in the concentration called by the SOS Talavera and Comarcas Association to demand that the administrations bury the AVE as it passes through the city ​​and a "decent" train, with the motto 'No to the wall', 'Yes to burial', and 'Yes to the conventional track'. 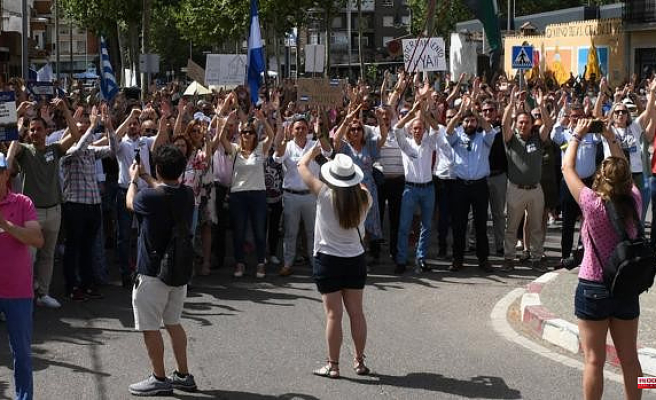 Half a thousand Talaverans have participated this Sunday, April 10, in front of the Talavera de la Reina railway station, in the concentration called by the SOS Talavera and Comarcas Association to demand that the administrations bury the AVE as it passes through the city ​​and a "decent" train, with the motto 'No to the wall', 'Yes to burial', and 'Yes to the conventional track'.

In statements to the media, the coordinator of SOS Talavera and Comarcas, Óscar Muñoz, has insisted on demanding that the Ministry of Transport and Urban Agenda, the Castilla-La Mancha Community Board, the Talavera de la Reina City Council and ADIF comply with the signed agreement for the burial of the train tracks as it passes through Talavera de la Reina, signed fifteen years ago, in 2007, because it has underlined that "Talavera cannot wait any longer".

Muñoz has insisted on the need for the Ministry of Transport, Mobility and Urban Agenda to approve the allegations presented by the Talavera City Council together with various groups in the city to the initial informative study in favor of burying the tracks of the future high-speed train in the Madrid-Extremadura line as it passes through Talavera, which will be public starting next June 21.

On the other hand, in reference to the conventional train, Muñoz has emphasized the need for electrification of the tracks, their splitting, or the elimination of level crossings, among other improvements.

For her part, the general secretary of the PP of Castilla-La Mancha, Carolina Agudo, who attended the rally together with the president of the PP of Talavera, Santiago Serrano, stressed that "it is something that belongs to this city for justice" , and has emphasized the "fed up" of the citizens of Talavera and its Regions "in the absence of that commitment that never comes."

In this sense, Agudo has stressed the importance of investing in infrastructures “necessary for the cohesion of the territory, and that the city has been claiming for many years. We do not want the city of Talavera to split in two », he added.

The president of the PP in Talavera, Santiago Serrano, has underlined the importance that "Talavera has to have a high speed according to its size as a city and according to the future development that we want to have in Talavera." It is "a crucial infrastructure for the development of Talavera", assured Serrano, who has said that "we are not going to continue admitting any type of contempt", referring to the fact that the PSOE voted against a Proposal Not of Law of the Popular Group in the regional Courts, or abstention in the Senate for burial.

For his part, the Secretary of Planning and Infrastructures of the local executive of the PSOE, Luis Flores, has defended the burying of the AVE as it passes through Talavera de la Reina, and has stated that "it is something with which we have always agreed and we have supported. He explained that the burying of the AVE tracks was included in the Municipal Planning Plan, approved in 2010, as in the protocol signed in 2007, "by three administrations governed by the PSOE, where the will to project this burying, an intention that we have maintained over time».

1 Seoul: North Korea sends suspected artillery pieces... 2 Seven arrested after a brawl in a subway car on line... 3 The College of Physicians of Toledo recovers its traditional... 4 The legend that places the true origin of the jota... 5 A woman kills her partner and dismembers him with... 6 The 'porpoising' leaves Hamilton crippled:... 7 Appeal made by Prince Sparks Row over UK Rwanda deportation... 8 Coronavirus in Valencia: when will those over eighty... 9 NATO Chief: Turkey has "legitimate concern"... 10 Palencia Sonora exceeds expectations and summons as... 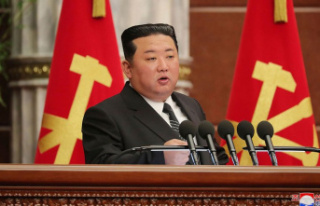