The change of the electoral law for one that allows greater proportionality in the results is one of the obsessions of Ciudadanos (Cs) since it was presented for the first time in general elections, back in 2015. 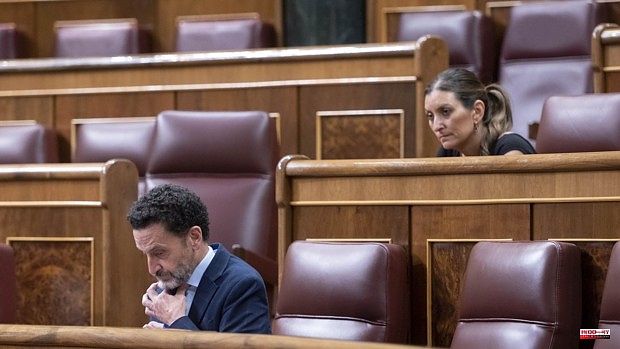 The change of the electoral law for one that allows greater proportionality in the results is one of the obsessions of Ciudadanos (Cs) since it was presented for the first time in general elections, back in 2015. It has never had support in Congress to carry out a reform of the Organic Law of the General Electoral Regime (Loreg), but it does not lose its tenacity. This time, it proposes an ambitious regulation that replaces the D'Hondt system, reviled by the parties that emerged as a response to bipartisanship, with the Hare quota.

In the middle of the Andalusian election campaign and during a debate in Congress to definitively end the requested vote, the deputy Juan Ignacio López-Bas has announced the bill registered by his group this Thursday.

The initiative, which he presents together with Edmundo Bal and José María Espejo-Saavedra, consists of thirty pages in which Cs proposes a series of modifications to the current electoral law, among which the new distribution of deputies by province and the new system to calculate the number of seats that correspond to each party.

Liberal party sources consulted by ABC above all defend the greater proportionality that this law would allow, compared to the D'Hondt method, in which there is a great difference between the votes needed by one party and another to win a seat. In the 10-N elections, in 2019, for example, Cs needed 163,774 ballots for each of its ten deputies for the 56,285 that were enough for the PSOE for each of its 120 seats in the Lower House.

If the current electoral law establishes in its article 162 that each province must have a minimum of two deputies and the autonomous cities of Ceuta and Melilla, one each, Cs reduces the minimum number for the provinces to one as well. In their text, the liberals maintain that the remaining 298 deputies -before 248- be distributed by their population weight. The most substantial modification is that of the next article, 163, in which the liberals replace the D'Hondt law with the Hare quota, based on a system invented by the German mathematician Niemeyer.

In his law, Cs maintains the current cut of three percent of the vote in each constituency to opt for representation, but renounces Albert Rivera's bet to also impose a cut of three percent of the vote at the national level. That idea was promoted in its day by the difficulty of the nationalist parties in reaching that barrier, which would greatly complicate their access to Congress, but without reaching the extreme of outlawing them as Vox proposes. Now, in a delicate moment of Cs, in which he fights for his own survival, he 'forgets' that modification.

The one that it does include in its bill is to legislatively shield the holding of at least two debates during the electoral campaign. Both should be broadcast on public television with national coverage and at a minimum -no fixed maximum- candidates from all parties with their own parliamentary group in the Lower House should participate. The liberals also intend to add to the causes of ineligibility to be on the run from Justice, in a clear desire to avoid a repetition of what happened with Carles Puigdemont and some of his former advisers. The proposal of Cs, the umpteenth in electoral matters, has few signs of prospering due to the refusal of bipartisanship, especially the PSOE, to modify the matter.

1 Top Digital Marketing and Online Design: Keys to Online... 2 After the summer, Aena will award the first contract... 3 'Great Prospector' - 'Kitty Marion',... 4 The mockery of the shirts: this is how the designs... 5 Europe's central banks will raise rates July... 6 Record-breaking 100 Pounds average cost to fill up... 7 Mónica Oltra, on the request for imputation of the... 8 Greece: An appeal court reverses Iran tanker seizure... 9 The Generalitat will not prioritize Catalan in selectivity 10 Hidraqua and the UA promote a series of conferences... 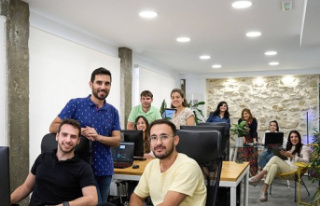