The Municipal Police of Madrid had to carry out several charges against violent groups of young drunks who were participating in the macrobotellón for the end of the EvAU in Ciudad Universitaria. 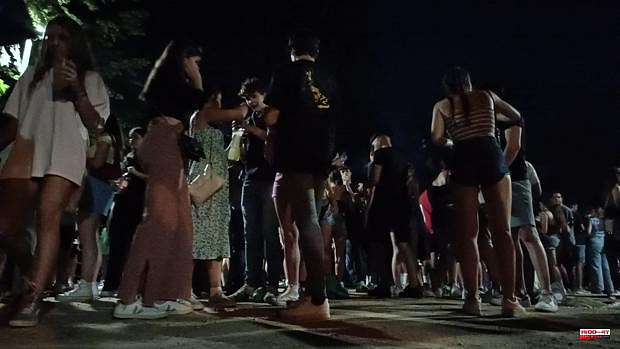 The Municipal Police of Madrid had to carry out several charges against violent groups of young drunks who were participating in the macrobotellón for the end of the EvAU in Ciudad Universitaria.

Although the "celebration" began with a certain normality, around 4 in the morning the agents tried to evict the area, the closest to the Faculty of Medicine and Information Sciences. But the youngsters did not make it easy for him.

Police sources indicate to ABC that there were about 3,000 young people and that the agents began to receive objects thrown, such as bottles, so they had to charge against them.

The Municipal Police had launched a device made up of a hundred agents, as well as drones and a Canine Section to monitor the celebration of large bottles on the main university campuses (Autonomous, Complutense and Polytechnic) due to the completion of the EVAU, reports Ep.

The surroundings of the Faculty of Information Sciences of the Complutense University have woken up with wrecked cars and remains of garbage from the macrobotellón. In addition to the broken bottles, glasses and plastic bags scattered around the campus, there are numerous damages caused by the young people, including broken vehicle windows and traffic signs on the ground.

This morning, the cleaning staff of the Madrid City Council was busy removing the remains of rubbish and restoring the numerous damages caused by the students.

1 This will be the 2022-2023 school calendar in Castilla... 2 Historical record in the price of food: these are... 3 The Pan-Hispanic Clear Language Network is born to... 4 A 13th century codex that a soldier saved from the... 5 Each pilgrim has the economic impact of more than... 6 They are looking for a man for getting into a fistfight... 7 The sixth detainee for the sexual assaults of Burjassot... 8 Dinapsis celebrates five years in Benidorm with the... 9 At least three dead and two injured in a shooting... 10 Select candidates playing video games, the latest... 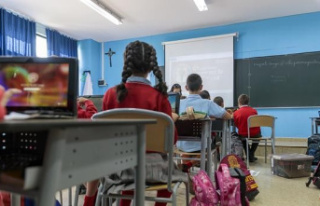